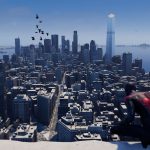 You are reading
How To “Ultimate” Every Challenge in Spider-Man: Miles Morales

Marvel’s Spider-Man: Miles Morales offers a variety of side content to do when not focused on the story. One piece is the nine challenges that offer much needed upgrades for Miles. Here is how to get the Ultimate ranking in every challenge.

Miles Morales is the new rookie in town and veteran Spider-Man Peter Parker needs to whip him into shape. Instead of hitting the gym, Peter sets up nine challenges to train Miles in the art of being New York’s web-slinger. Three are for traversal challenges; three are for combat; and three for stealth missions. Each test gives Miles a useful skill, regardless of completion ranking. So, to save time on redoing perfect runs, complete the challenge first. Then, go back for the Ultimate reward with your new skill that will make the challenge easier. All of the videos below were done on Spectacular difficulty with using little to no tech items.

Ultimate Objective: Get 50 hits with spinning objects within 1 minute

The trick here is to keep enemies within close proximity of one another. Dodge when prompted and avoid doing combos since the objective is to get 50 hits from swinging objects alone.

See More: How Long Does The PS5 DualSense Battery Last?

Prioritize the gun-wielding hologram dummies. The ones with pistols fire gunshots with little time for you to respond, so use special moves or Venom Punch to deal with them quickly. In this mission, it is a good idea to practice the timing for perfect dodge.

In Combat 1.0, I found a nice rhythm after the initial combo to get things going: Air Launch, Punch, Punch, Punch, Venom Punch. Anytime you are going to use a combat special KO, launch the enemy first then jump to make it count as an air KO. Be careful with zipping towards enemies with clubs, bats or pipes. They will counter you, so press the dodge button after zipping towards them to slide under them.

Ultimate Objective: Defeat enemies without being seen within 2 minutes

Stealth missions may take the bulk of your time since you will need to be aware of enemy placement. There are also 2 kinds of stealth takedowns: one that’s rougher and creates noise (triangle button) and a silent takedown (square button). Use your web-shooters to distract enemies.

Ultimate Objective: Rescue hostages without being seen within 1 minute and 30 seconds

Again, use your web-shooters to distract enemies and have them walk towards a spot where you can stealth attack them. For this one, press L2, then R2 to zip towards your aimed spot for better accuracy when zipping.

See More: Here’s How To Game Share on the PS5

Probably the most time-inducing trial to perfect… The double sniper dummies make this one a doozy. But, web-shooters will be your best friend here. DO NOT try to take out one sniper without distracting the other. The opposite dummy will spot you and you will fail. Also, make sure you are ON the boat to disarm the bomb on it.

Ultimate Objective: Speed through the hologram checkpoints within 30 seconds

Obtaining the Point Launch Boost skill will make this test 100x easier. So beat the challenge once, get the skill, then go back for the Ultimate rank.

Ultimate Objective: Speed through the hologram checkpoints within 32 seconds

Pro tip: Don’t wall run. Use Miles’ swinging speed and keep the momentum going. Your worst enemy is going to be wall running up the building since Miles doesn’t move sideways fast enough.

Ultimate Objective: Speed through the hologram checkpoints within 45 seconds

A good tip for Traversal 3.0 is to keep your eyes focused on the next hologram checkpoint. This involves moving the camera quite a bit. Just keep the momentum and speed consistent to reach the final marker.

Completing all of the Spidey-trials will net you some sweet Activity tokens for Miles Morales. Activity tokens can be used on buying new tech or suits and upgrading them, so be sure to earn as much as you can!