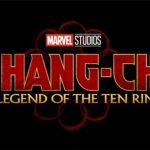 Marvel fans, your time has come. Marvel Studios released the first trailer for Shang-Chi and the Legend of the Ten Rings. This will be the first MCU movie with an Asian lead hero.

Classic martial arts cinema meets Marvel heroism here. Shang-Chi shows martial prowess with Simu Liu bringing the character to life in the upcoming film. Awkwafina, Tony Leung, Fala Chen, Meng’er Zhang, Florian Munteanu, Ronny Chieng, and Michelle Yeoh all round out this stellar cast. The story has Shang-Chi confronting who he is as the Ten Rings organization tries to bring him into the fold.

For many fans, this will be their first experience with Shang-Chi. Shang-Chi is a master martial artist, rivaling even Iron Fist. Additionally, the two have fought to a draw. However, Black Panther once commented that Shang-Chi is the superior fighter. The martial artist is also an expert in espionage. He made a career from undermining his father’s schemes in the criminal underworld. Moreover, Shang-Chi has interacted with many popular heroes. He has partnered with groups before such as Heroes for Hire, The Secret Avengers, Marvel Knights, and more. 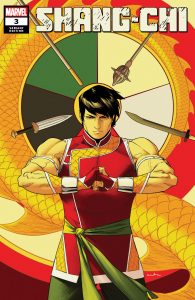 The MCU iteration of the character will undoubtedly be full of surprises. Marvel gives fans a taste of what’s to come in the trailer. Marvel’s Shang-Chi and the Legend of the Ten Rings helps kickstart phase four in the MCU. The film, directed by Destin Cretton, is set to debut on September 3, 2021.