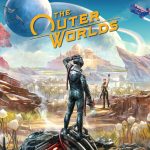 A Talk With The Outer Worlds Devs

On the latest episode of The Iron Lords Podcast, Game Director Megan Starks and Narrative Designer Nitai Poddar discuss the finer points of developing Murder on Eridanos including the creative process, writing dialogue, and more. Both also touched on the challenges of developing The Outer Worlds DLC during the COVID-19 pandemic.

I think the biggest challenge is that for a lot of people, going from an office to working from home, there really is no physical separation between the place you work and the place you live. The amount of work that goes into game dev, it’s very easy for those boundaries to dissolve… I know a lot of our designers pushed hard to get this out the door out of love for our fans, but doing that out of quarantine is exhausting.”

Nitai also touched on the challenges of producing voiced characters with COVID boundaries in place saying, “We had this deconstructed studio where the audio guys were up in Canada and we had an actor in L.A.- I don’t know how it got done (laughs). It is a small miracle this DLC [Murder on Eridanos] came out with the quality of the voice acting that it did.” 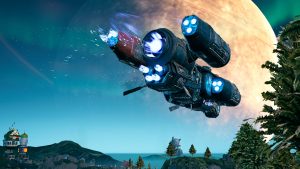 On Being Acquired By Microsoft

After Obsidian Entertainment was acquired by Microsoft, Megan says, “For me, it was super awesome because the studio is then financially stable and make the type of projects they wanted to do, like Grounded and a project that Josh Sawyer is working on.”

With a bright future for the studio under the Microsoft banner, Megan discusses the inter-collaboration between Obsidian and other studios:

I think Obsidian has one of the more robust writing and VO-type toolset in the industry. To the point where other Xbox studios are actually requesting access to it and stuff like that. We’ve been meeting with teams that are working on very cool projects to teach them how to get the most out of the toolset. On the flipside, we then get to say, ‘What is an area we’d like to improve on in our next game’ and then reach out to a studio.

For some levity on serious topics, Megan and Nitai gave their top 5 games/franchises & favorite console of all time! Tune in for the full interview below:

Check out reviews for The Outer Worlds and its DLCs here.