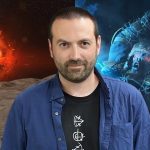 It is very common knowledge that Call of Duty is developed by 3 separate teams. These teams are Infinity Ward, Sledgehammer Games, and Treyarch. Treyarch has been one of the most praised teams of this rotation. Due to the amazing quality, they delivered in the original Call of Duty: Black Ops, and the often considered best Call of Duty game of all time Black Ops 2.  Between having amazing campaigns, and multiplayer modes, the Black Ops series hosted the beloved Call of Duty: Zombies. The man behind this madness was Jason Blundell, who cut his teeth originally all the way back in 2006 with Call of Duty 3. He has been the head of the zombie’s aspect of Call of Duty all the way up till the release of Call of Duty: Black Ops IIII. That’s why today’s announcement is so shocking. In a letter posted to Treyarch’s official Twitter account, Jason Blundell announced that after 13 years with the company he was officially departing his role. In his letter, he reflected on his time with the company.

“During my time at the studio, I’ve been privileged to work on a variety of projects, wearing many hats along the way, with my time on the Zombies team proving to be quite special. It’s a team comprised of some of the most creative and talented developers in the industry, many of whom you never see because they’re behind the scenes shaping the direction of each experience.”

Blundell will be missed and his contributions to the Call of Duty franchise and zombies will not be forgotten. It will be interesting to see if he end up at another studio or company in the future.

What do you think of Blundell’s departure from Treyarch? Let us know in the comments and don’t forget to check back for the latest gaming news and information.