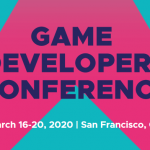 You are reading
GDC 2020 Postponed After Companies Exit

Today we have learned that the Game Developer’s Conference, or GDC, for 2020 has been postponed to a later date. This comes after many companies including Facebook, Microsoft and Sony have all withdrawn from the conference after growing concerns of the coronavirus. Unfortunately, after all of the cancellations of companies, there’s just not enough to warrant GDC. We first heard rumors of the cancelation from an anonymous developer who believed it would be canceled after Microsoft Stack and Epic both withdrew from the conference within hours. Microsoft did state that they would be replacing their appearance with live streams.

Here at Epic we were excited about participating in GDC 2020. Regrettably, uncertainty around health concerns has made it unviable to send our employees, and so we have made the difficult decision to withdraw attendance.

Stay tuned for Epic news and more through other channels.

The GDC is held annually and hosts many major companies from software developers, game publishers to even tech and peripheral manufacturers. It is held usually in late winter or early spring in San Francisco, California. Many of its guests come from closeby, but others can come from all over the globe, including attendees.

The cancellation shouldn’t come as too much of a surprise as many other conventions have been affected by exiting companies or having to outright cancel the convention itself. Earlier this year, the World Mobile Conference 2020 which is hosted in Madrid, Spain, canceled after many of its guest companies withdrew over the virus concerns.

The coronavirus, or COVID-19, has many doctors all over worried as the virus has spread much quicker than anticipated. The CDC believes that Americans should prepare for the coronavirus and it’s a matter of when the epidemic will reach the U.S. as the outbreak continues to spread. Many other countries have shut down or restricted their borders and travel due to the outbreak. Saudi Arabia has even gone as far as to outright restrict the pilgrimage from Mecca to Medina from pilgrims outside of the country.

Are you concerned about the coronavirus after the cancellation of GDC 2020 to a later date? Let us know in the comments below!