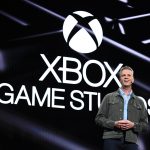 The writing is on the wall; Microsoft announced today that they’re dropping out of GDC. In a blog post on Game Stack, Microsoft wrote:

“After a close review of guidance by global health authorities and out of an abundance of caution, we’ve made the difficult decision to withdraw from participating at Game Developers Conference 2020 in San Francisco. The health and safety of players, developers, employees, and our partners around the world is our top priority. Especially as the world is experiencing growing public health risks associated with coronavirus (COVID-19).”

According to the blog post, Microsoft will host a digital-only event on March 16th-18th. The event will include most of what Microsoft originally planned for GDC, and will be live-streamed and then available on-demand afterward. These events will cover topics such as updates on cloud-related gaming, panels with industry leaders about the evolution of game development, and insights into designing and developing Minecraft and Gears of War, as well as other games by Microsoft Game Studios like Obsidian, Rare, and more.

Microsoft is the latest in a long line of GDC dropouts this year. Sony and Facebook dropped out of GDC last week, and EA dropped out earlier this week. All dropouts cited the Coronavirus as their reasoning, which has been increasingly spreading throughout major regions of the world this past month. Further, there was an outbreak of the H1N1 virus, better known as Swine Flu, in 2009, after PAX West 2009.

The coronavirus originated in China’s Wuhan region, and has now spread to major regions throughout the world. These include Iran, Italy, and the United States.