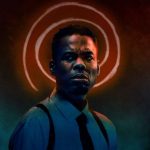 This past weekend, Spiral has taken the top spot for a second time. Last week, the film had an $8.7 million opening. The second weekend for most of these movies has been a steady drop-off of around half of its opening week. However, Fast 9 had an even better time opening in China this weekend. I mean it really had a great opening with multiple zeros in the number.

Spiral managed to gross $4.6 million in its second weekend. Giving this horror film a $15.8 million domestic weekend so far. Even with the pandemic, we should expect this movie to get a few more sequels in the near future. Wrath of Man continued to stay in second with $2.9 million while grossing $71 million worldwide.

Raya and the Last Dragon, Mortal KOmbat, Demon Slayer: Mugen Train, and Godzilla vs Kong all continued to make money. Each movie continued the journey this weekend to scrap together some final cash. In fact, Godzilla vs Kong is available to purchase on the Xbox Live store for $29. The big story this weekend isn’t the latest Saw movie. It’s that the ninth Fast and Furious movie finally released. F9 had an impressive $137 million in the movie’s first weekend. Combined with other countries this film is currently sitting at $167 million worldwide. Just expect these numbers to keep climbing closer to that billion mark.

Expect the horror movie A Quiet Place II to take the top spot. In fact, we may see a battle between that and Cruella. Both movies will be released next weekend. Spiral should be dropping below third place once these movies are released. The summer movie season has begun. Even if most of those movies have been pushed back to the end of this year, or even into 2022.