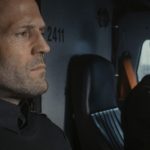 You are reading
Wrath of Man Knocks Down Demon Slayer

This past weekend neither Demon Slayer nor Mortal Kombat took the top spot. Actually, a Jason Statham movie took over the box office. Wrath of Man was able to stand on top of the movies at the weekend box office.

In its first weekend at the domestic box office, Wrath of Man grossed $8.1 million. This film actually has a decent amount sitting in the worldwide market with $25 million at the box office. Given the circumstances, any money gain right now is pretty good for theaters and studios. I wasn’t expecting this movie to do so well. Yet, I’m no expert on these situations.

Demon Slayer: Mugen Train was able to stay in the top three with $3 million this weekend. That brings its domestic total to $37 million. The anime’s worldwide total now sits at $432 million. Which is extremely impressive given the times we are living in. Mortal Kombat came in third with $2.4 million at the box office. This film hasn’t broken $100 million at the worldwide box office. However, given that it was released simultaneously on HBO Max, it didn’t help its box office numbers. It was the most-watched premiere on HBO Max with 3.8 million households. Eclipsing Justice League and Godzilla vs Kong.

Next weekend you can look for Those Who Wish Me Dead, Profile, Finding You, and Sprial. The latter movie is a continuation of the Saw horror movie franchise with Chris Rock. I’m hoping for great things from this movie. Something wonderful happened yesterday. Fans were given a look at the first trailer for Venom: Let There Be Carnage.