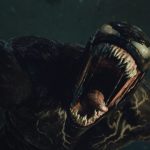 You are reading
Venom: Let There Be Carnage Debuts Trailer

The first trailer for Venom: Let There Be Carnage has been released. Fans have been waiting for some time to see what has become of Eddie Brock and his pal Venom. If you’ve seen this today just take another look at the Carnage-filled trailer.

Back in 2018, the first Venom movie took the box office for a surprise. No one really thought that a Marvel movie that wasn’t fully integrated into the Marvel Cinematic Universe would be profitable. That film grossed an estimated $856 million worldwide. These films do exist in the same universe as Spider-Man, yet they don’t actually pay attention to the character. It will be interesting to see if “The Blip” becomes part of the story.

As you can see in the trailer below Eddie and Venom have a very unique relationship. From the no-killing people rule to Venom’s need for chocolate, we shouldn’t miss out on the connection that drove the first film. Now though we truly have one of the best Marvel villains of all time making his feature film debut In Venom: Let There Be Carnage.

Tom Hardy returns to the big screen as the lethal protector Venom, one of MARVEL’s greatest and most complex characters. Directed by Andy Serkis, the film also stars Michelle Williams, Naomie Harris and Woody Harrelson, in the role of the villain Cletus Kasady/Carnage.-Venom.movie

This film will be released in theaters on September 24th. Don’t expect to see this movie any other place other than your local theater.

If you have a minute just bookmark Lordsofgaming.net. This site has all of that gaming news that one would need. We also do have the occasional entertainment news article floating around the site.