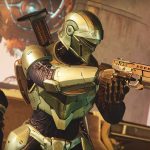 You are reading
Bungie Made Solar Warlocks Fun Again

They did the impossible; they didn’t just make me start using my solar Warlock abilities again, it made me love using them.

Trust me, that’s no small feat.

Now, that we’ve started a second season under the new armor and ability system, it’s apparent that Bungie realized “Destiny 2” had to evolve or die.

The problem with solar

When “Destiny” launched, I was immediately drawn to the Warlock class.

It seemed the most natural fit to wield the strange, elemental powers we were given, and I’ve always steered toward magic-user classes in games.

When “Destiny 2” launched, I brought over my Warlock, but the solar subclass just wasn’t fun.

The main super just seemed like an uninspired lift of the Titan’s solar hammer ability.

The solar subclass neutral game wasn’t much of a draw, either.

The solar grenades didn’t feel powerful. The floating jump just made me feel like a target and the charged melee felt like a less effective melting point.

Adding the Well of Radiance tree brought some utility, but, it quickly became something one felt forced to use.

Bringing a Warlock into a raid meant you were going to be on “Well duty.”

Playing defense and buffing team damage is important. Having to do so at the expense of participating in DPS, however, gets old fast. 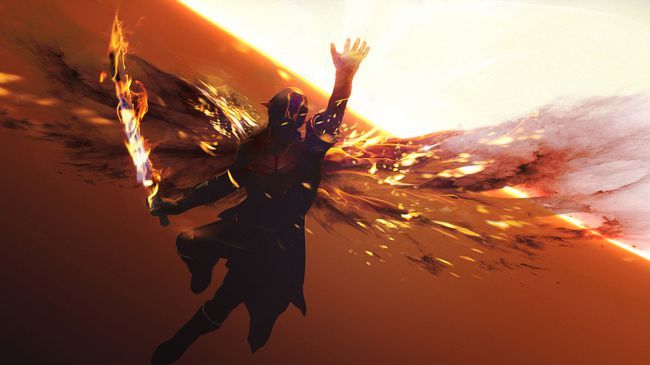 The void and arc sub-classes have a lot of built-in utility that I wasn’t feeling with solar.

Strapping on your blue or purple subclass meant being able to clear adds, do DPS or both.

An effective subclass for every situation.

The light at the end of the tunnel

I was actually happy to see the focus on void and arc abilities. The right combination of mods and weapons provided the kind of synergy that felt missing.

Dropping ogres with a single grenade or clearing mobs of red bars with scatter grenades that instantly replenished felt great.

It leaned hard into the power fantasy that “Destiny” players have always chased.

But, those changes were designed to be temporary. And, knowing that, made enjoying them all the more special, because soon, they would be gone.

And, that’s what made me nervous.

It didn’t take an algorithmic genius to figure out that solar was almost certainly going to be a focus in the new season, however.

I had planned on either using less-effective abilities or simply not enjoying the new season as much, because I felt I was going to be locked into solar against my will.

The upgrading of the solar abilities, combined with new and returning mods and use of quality exotic armor pieces has made using a solar Warlock an absolute blast. (Pun intended.)

My Warlock now dishes out near-limitless fiery death from above like a vengeful goth goddess, laying waste to everything in her path.

And, because of that, I now see Bungie’s wisdom in last year’s nerfs and changes to the meta.

I, like many others, had come to rely on one specific set of abilities. Unless something changed, I would have probably kept using my void Warlock’s cataclysm subclass with the appropriate exotic helmet until the game became too boring to sustain my interest.

It wouldn’t have taken long.

That’s really exciting to me and the shot of adrenaline the game needed.

This season’s artifact leans heavily into the solar subclasses

It’s not just the armor. Changes to the game’s meta and added mod utility mean having to step outside of one’s comfort zone and use different weapons for maximum efficiency.

If you told me this summer that before the end of the year, I’d be maining a solar Warlock subclass and using sidearms and scouts as my primary weapons, I’d have blocked you on Twitter.

I’ve already got one eye on what awesome loadout changes future seasons may bring, solar or otherwise.

Now, if Bungie can find a way to compel me to take my Titan out of storage, they will have really accomplished something.