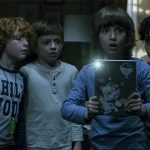 You are reading
Come Play Scares Up Some Money

This past holiday weekend, a horror movie took the top spot at the box office. Come Play was able to make more money domestically than any other movie. This is not surprising given the time of year.

During Halloween, we usually have three or four horror movies vying for viewers. With the COVID 19 pandemic, theaters in the United States still have not had the chance to really bounce back. Come Play was able to grab $3.1 million in its first weekend. The movie easily stopped Honest Thief and The War with Grandpa from taking back the top spot.

Come Play was not the only movie released this weekend. Spells was released in a limited theatrical run, and is available online. It grossed $210,000 placing it in the ninth spot. Monsters Inc, Hocus Pocus, and A Nightmare Before Christmas all had a better weekend than this new horror film. All three of those movies are just making Disney some extra cash this year. Hocus Pocus was able to gross $5 million worldwide during its entire time being rereleased. That is huge considering the Sanderson sisters are expected to make a comeback in an upcoming sequel.

Let Him Go is the only movie listed to be released in a wide number of theaters. Netflix is releasing some upcoming holiday films. The Christmas Chronicles: Part Two and Jingle Jangle: A Christmas Journey will be coming to the streaming service. In other entertainment news, Tim Burton is working on a new Addams Family show.

Demon’s Souls How to Get All Endings

Letter From The Editor: Gaming Is For Everyone