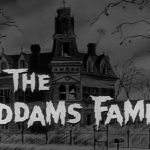 Deadline is reporting that Tim Burton is working on the new show. This is the same man who has brought us movies like Batman, Batman Returns, Beetlejuice, A Nightmare Before Christmas and so many more films. It seems that Burton is going to be an executive producer and possible director of all the episodes. Alfred Gough and Miles Millar who were executive producers of Smallville will be the head writers.

Right now the show is being shopped around to potential buyers. It does seem that Netflix is currently near the top of the heap. We should know more in the coming weeks on who gets the show. To give you a little history on The Addams Family, it was originally a comic created in 1938 by Charles Addams. It was adapted into a television show in the 1960s and has had some other adaptions. Most notably are the two films that were created in the 1990s. There have been some other movies that I won’t mention, except for an animated film that came out last year.

In unrelated gaming news, many media outlets are now receiving PlayStation 5’s to review. Have you played in any of the many Halloween events that are happening?