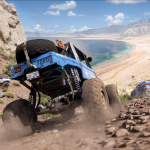 Forza Horizon 5 was one of the highlights of the Xbox-Bethesda E3 2021 show this Sunday.  The fifth installment of the game takes place in Mexico and impresses with beautiful vistas and great graphics. I would even say it was the best-looking game shown during the conference. The good news is that we won’t have to wait for this game for too long, as it releases on November 9th, 2021. It will be added to Xbox Game Pass day one for everyone that is subscribed to enjoy without any extra charge. 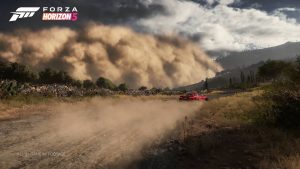 All this visual feast in the game made many people to wonder what’s the performance and resolution for this game. Fortunately, the developers provided us with a quick update on this too, on their official blog. The game will run at 4K 30 FPS on Xbox Series X and 1080p 30 on Xbox Series S. It will also offer 60 FPS performance mode, but there is no info on resolution in this mode yet.

“You can also expect powerful, all-new graphical features like HDR captures of the vibrant Mexican sky, sweeping vistas, and an unparalleled attention to detail. Available in 4K 30 FPS on the Xbox Series X (1080p 30 FPS on Xbox Series S) with an optional 60 FPS performance mode, and ray tracing added to cars in Forzavista, you will be immersed in the open world of Horizon like never before.”

Forza Horizon 5 is coming to Xbox One and PC too, but we don’t know the resolution and performance targets for last-gen Xbox consoles for now. Minimum specs for PC version of the game have not been shared either but we will share it as soon as it will become available.