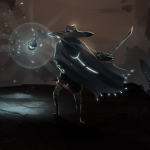 You are reading
E32021: Hands on with Sands of Aura

E3 2021 has arrived and brought with it a slate of developers eager to show off the fruits of their labors. We had a chance to sit down first for a hands-on session and then a guided playthrough of Sands of Aura, an isometric Souls-like with a hint of Wind Waker flavor.

Sands of Aura is a difficult game to talk about in that it seems to be trying to straddle the line between a hack and slash dungeon crawler and a more deliberately paced Souls-like. The demo opens with an introduction to the game’s crafting system. It is a smart way to let players decide what kind of build they want to use right out the gate. My first crack at the level was with a dual sword wielder with a perk that my weapons had a chance to cause a ranged attack.

The level design is both open and vertical. Prior to entering the forge where we crafted our weapon, I managed to go off course and get killed as an unarmed warrior against knights with swords and throwing knives. The fortress keep is in shambles. Walls are broken, water pools in flooded areas, and there are shortcuts galore where once there would have been walls. I can already tell that the looping style of the best Dark Souls levels will come into play when I catch glimpses of enemies on parapets far above. Those enemies though are where it becomes clear that the game needs some tuning before it is ready to come out in early access. 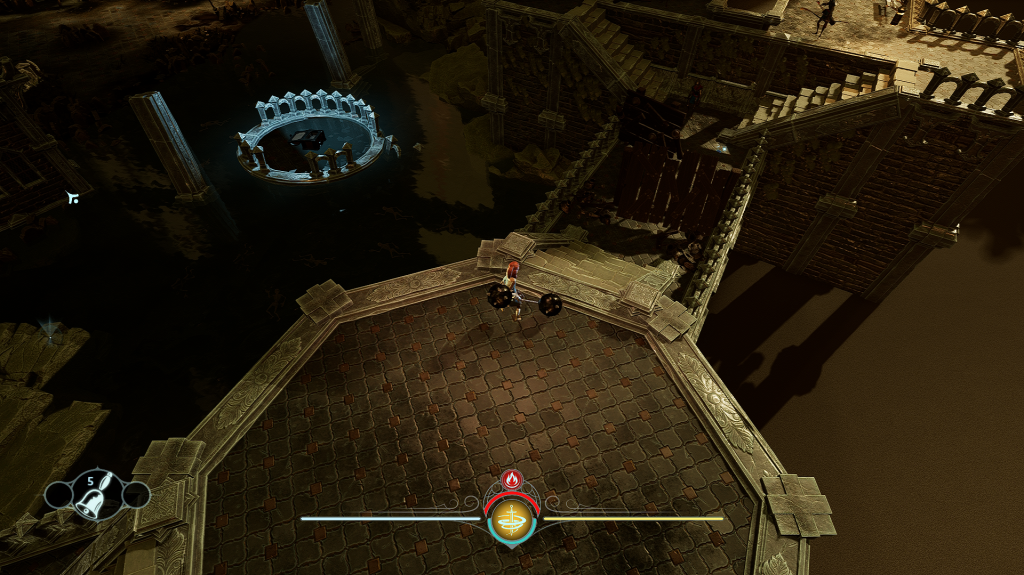 Enemies in Sands of Aura are faster than you are and will aggro from a long distance and stay aggro’d, which means if you end up unlikely enough to stage a retreat from an encounter in a new direction, you will end up kiting half the level.  Combat feels unsure of itself. Your primary attack is very twitchy and responsive, while your block, at least with the dual swords and later on the mace I used, takes more than a second to go from animation start to finish. The mace has a twirling attack that lets you hit crowds of enemies at once at much longer range than the swords. The swords on the other hand had less time between attack animations giving more fluidity to move canceling.

Even then, the block does not act like a traditional one. Here it reduces incoming damage and gives the player a chance to parry. It is a bold design decision, but the result is that I never wanted to try to block because of the long wind up and cool down. I instead relied on the dash as my second option in combat. This works well except in the flooded areas where movement speed is slowed. The aforementioned long aggro distance also means that you have to take special care of which direction you dash to avoid pulling in the next group of enemies. That said, the feeling of hitting that block perfectly is as satisfying as any parry in any other game. 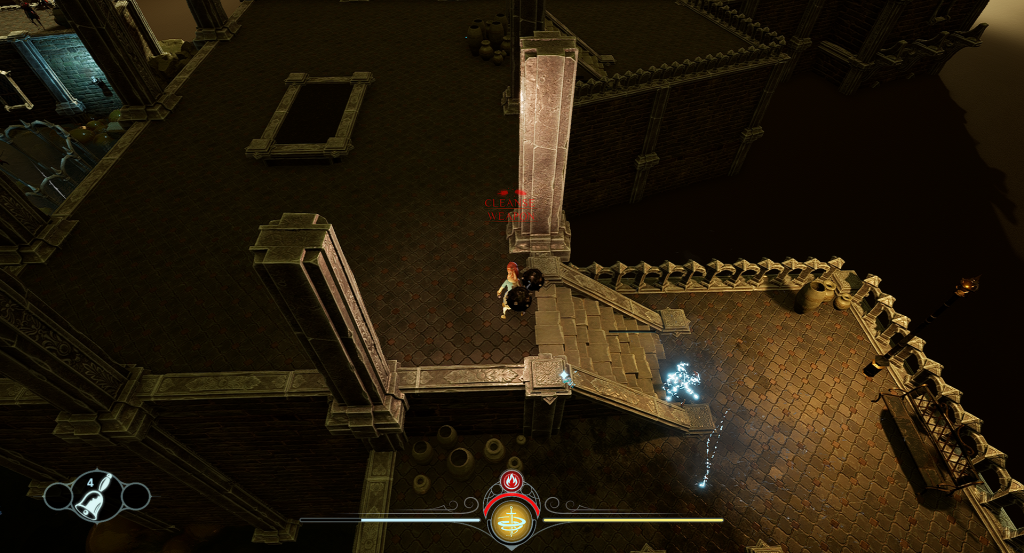 The game is an interesting mix of dichotomies. On the one hand, I am in a gorgeously art-directed world that has been drowned in sand, carrying a cartoonishly large dumb bell-style mace. The attack animations are fast and fluid-like an action game, but every other action feels a little too slow.

There is also a mechanic of weapon stamina degradation where after about a dozen hits you will have to ‘cleanse’ your weapon. This essentially debuffs your weapon until you press the ‘Y’ button and wait about a second. It turns the fluidity of combat into something discrete. Between that and a short stamina bar that limits your dashing ability, it makes it hard to get into a rhythm with the combat. The developers spoke at length about the dance style of combat, and they are well on their way to getting there with a little more refinement.

A World Well Lived In

The game showcased a wide variety of enemies and a boss fight that would have been right at home in Anor Londo. Every enemy feels terrifying. Every shambling corpse and exploding insect can end your run. The ruined beauty aesthetic shines through in the character designs and world-building. Several NPC encounters provide flavor to the lore and the world and give out quests with a traditional (Praise the Sun) quest log. The demo did an excellent job showcasing the variety of NPCs in the world, one is a guest giver, another lures you into an ambush and a third gives a dire warning for the player’s interference. I am hopeful that this density of NPCs is not just for the demo’s sake and carries through the world providing justification for the various encounters.

Unfortunately, we were not able to go sailing on the sand ocean as showcased in the trailer. This open-world aspect of the game will serve as a breath between the tense action segments of the islands. This game is right up my alley, and I look forward to watching the combat systems evolve when the game comes out in Steam Early Access later this year.