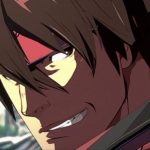 A member of the development team, Katano, takes the lead. They dive into tweaked modes launching with Guilty Gear Strive. In “Player Match Mode” players can set up online lobbies for up to nine players per room. Settings can be configured, spectators are allowed, as well as the use of Training Mode during waits. The use of a Training Mode like this is brand new to the series. In addition, this mode can be used to organize tournaments allowing rematch options beyond first to three. 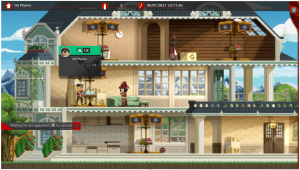 Read More: In Night City, When It Rains, It Pours

The new Developer’s Backyard dives into Mission Mode next. Here lie the nuances of fighting combat and techniques. Katano explains the team wanted Guilty Gear Strive to be an open and welcoming experience for new players. As a result, the Tutorial mode is light on explanations of basics. Instead, players can find these guides inside Mission Mode.

We aimed to show new players that it is possible to enjoy fighting games without knowing about the battle mechanics by opting not to include explanations of the mechanics in Tutorial Mode and by reworking the matching system. However, we could recommend players who want to improve and get stronger play Mission Mode. There are over 120 missions total between explanations of mechanics, techniques, combos, and counter strategies for individual characters… 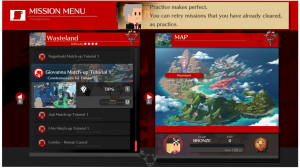 During the second open beta, Arcys introduced dueling stations to the online lobby. This feature aimed to improve the ease of matchmaking and connection issues. However, some problems still persisted. The team will continue to focus on bug fixes and improvements. Any major features or changes should be expected later down the line.

Also, aerial combat changed between open betas. Jumping proved too strong of an option for players. Arcsys aimed to reel it in. The team is keeping recovery for aspects of aerial combat, but they are aiming to return some speed to the jump’s arc. High-speed action is still the focus of Guilty Gear Strive. Arcsys does not want to jeopardize the fun of it. Lastly, adjustments to the Tension Gauge, combos, and other mechanics will be coming at launch.

Smell of the Game

The new Developer’s Backyard landed with less than one week until players get their hands on Guilty Gear Strive. This will not be the last. Katano explains more will drop after launch and the team wishes to have good dialogue with the fans. They will continue to take questions and feedback concerning Guilty Gear Strive. Arcsys will also host an early access showcase on June 6 at 7:15 am PDT. This will have new story footage as well as the future update schedule for the game.

Guilty Gear Strive is the latest fighting game installment by Arc System Works. The series is prized for its art style, fast-paced action, and hard-rock soundtrack. The official launch date is June 11 for PlayStation 4, PlayStation 5, and PC. Players who purchased the Deluxe or Ultimate edition can begin playing early on June 8. The full backyard can be found here along with a user form to submit future Backyard topics. How excited are you for a new fighting game? Let us know in the comments down below.

Facebook Twitter Google+ LinkedIn Pinterest Tumblr
Previous article In Night City, When It Rains, It Pours
Next article The Vigil Conversation is the Signature Moment of the Mass Effect Trilogy