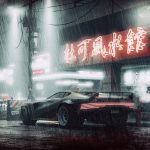 You are reading
In Night City, When It Rains, It Pours

CD Projekt S.A. announced its first quarter (Q1) financial results on Monday, May 31st, 2021. The numbers paint a harrowing picture. Here are the headliners: total company sales (i.e. revenue) reached a record for Q1 of 197.6 million Polish zloty(zł). However, net profit of zł32.5 million, was down 64.7% from the same period last year. Perhaps counterintuitively, gross profit was 135.4 million, down “only” 7% compared to last year. 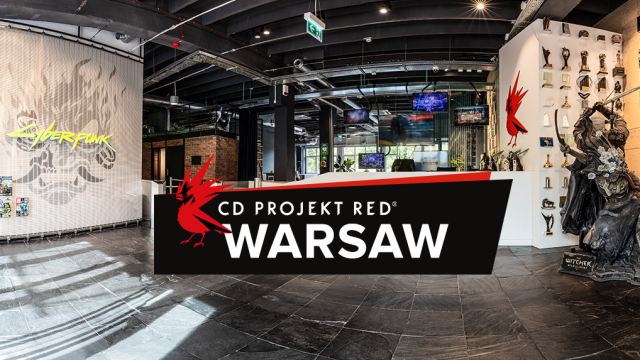 So what drove the large discrepancy between record sales and significantly lower net profits? This is primarily a function of “costs of products and services sold” increasing 208% since Q1, 2020. And “selling costs” increasing 79.6% in the same year-on-year way as the other numbers. These results are the consolidated activities of CD Projekt’s two main business lines: that of CD Projekt Red (CDPR), the development studio, and Good Old Games (GoG), the software distribution platform. Taken together, they paint the picture of the company’s performance.

The narrative surrounding CD Projekt since the December 10th, 2020 launch of Cyberpunk 2077 collapsed around a “How the mighty have fallen” story arch, and for good reason. The company which once released one of the most critically acclaimed RPGs of all time in The Witcher 3, sold a piece of software for full price which could generously be described as a beta build on the PlayStation 4 and Xbox One platforms. As such, few tears are being shed for the underperformance of the company, the harbingers of which are these poor headline numbers. But is there any deeper understanding of this company we can come to by reading their financial reports? And what does the management of CD Projekt believe is necessary to right their ship?

How did CD Projekt record the most sales for Q1 in company history but see its profit fall ~65% from 2020? To unpack this question, we first have to understand that accounting rules for a company’s profit and loss do not operate in the same way as personal finances. Often expenses (the use of cash) are not directly recorded when a check is mailed to a vendor. Instead, expenses are recorded at the time they are expected to have an economic impact.

This is similar to revenue, which is not recorded until a specific set of criteria are met. Although recognition of revenue can functionally be thought of as “when it is earned”. Ultimately, it is important to remember that profit and/or loss does not match up directly with the cash that goes into, and out of, a company’s bank accounts. For instance, CD Projekt’s profit was 65% lower than last year from January to March, but it ended those three months with approximately zł1 billion more in their bank account than when it started the year.

With this understanding, we are going to look at the reasons behind CD Projekt’s high revenues and low profits in Q1. Record revenues reflect the release of one of the most hotly anticipated games in the past few years in Cyberpunk 2077. Unfortunately, the execution did not live up to the expectation for this game and backlash was swift. CD Projekt also lost the ability to sell copies on the PlayStation digital store. In totality, these events add up to strong sales performance compared to the company’s past, but results that are far below investor expectations. CD Projekt’s management group, perhaps tellingly, did not update investors on the number of Cyberpunk 2077 units sold. And, with sales up just 2.4%, it’s safe to assume unit sales missed most internal estimates. 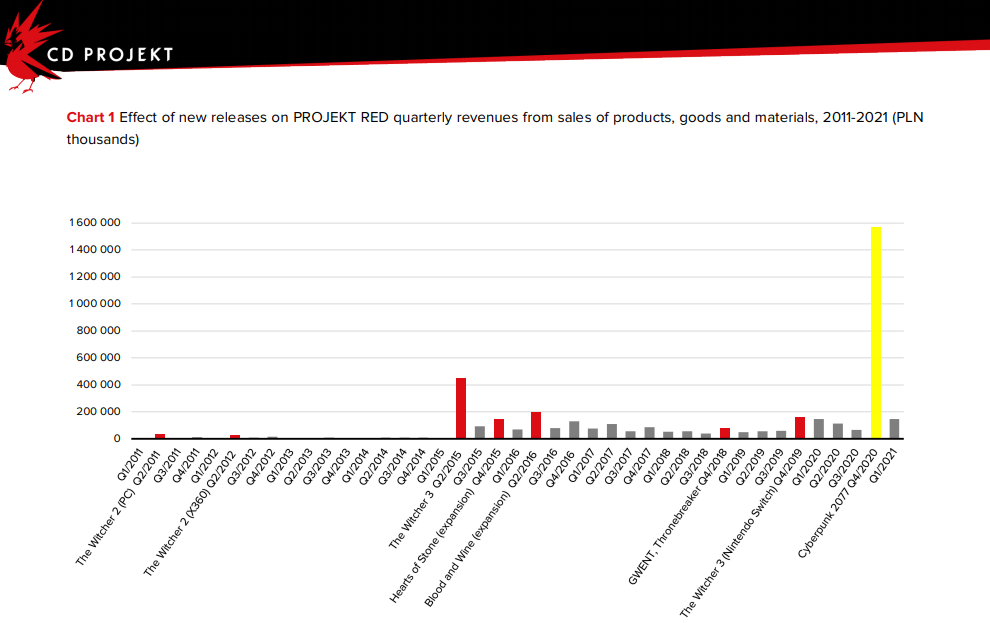 The release of Cyberpunk 2077 also necessitated the recognition of expenses related to the development of the game. This is highlighted by the sharp increases in the “Cost of products and services sold” expense line. These expenses include the first realization of Cyberpunk 2077 expenses over the five-year economic use period. These costs are expensed at a rate of 1% of total costs per month for the next five years. (Note: 40% of the expenses were realized last December, Q4, 2020, at the launch of the game).

The next group of expenses to see significant year-over-year growth were “selling costs”. This may broadly be thought of as any expense made to upkeep and perform maintenance of previously published products. CD Projekt’s management attributed most of the 79.6%, or zł27.5 million, increase from the prior year to the “intensive work on the part of the development team” to release patches and hotfixes for Cyberpunk 2077. Overall, expenses sharply increased from the recognition of development costs and maintenance, refunds, and hotfixes for Cyberpunk 2077.

Therefore, CD Projekt’s Q1 financial results reflect a confluence of factors. Revenues are up, but less than expected, from the launch of Cyberpunk 2077. Costs similarly rose and will continue to be elevated for the next five years, to reflect the expenses of development and maintenance. This culminated in a 65% reduction in profit from the prior year. But CD Projekt isn’t on the verge of shutting down. In fact, it has collected significant amounts of cash since the release of Cyberpunk 2077. Cash the company plans to use in pursuit of its newly outlined business strategy.

CD Projekt’s Management Plan for the Future of the Company

On May 30th, 2021, CD Projekt’s management team detailed an update to the company’s approach to developing video games. Management plans to shift focus from sequential development practices to a model where multiple AAA video games are made concurrently. 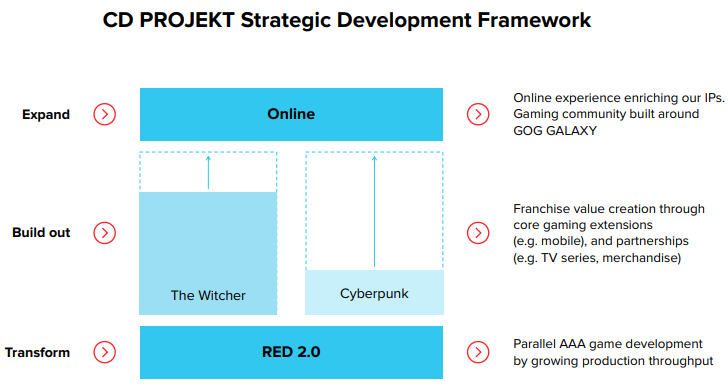 This begins with a focus on improving the stability and performance of Cyberpunk 2077 on all available platforms, delivering DLC and expansion content, and finally delivering a next-gen update for both Cyberpunk 2077 and The Witcher 3 around the same time. Management also articulated a desire to grow through strategic acquisitions. With the recent purchase of Digital Scapes, a Vancouver-based developer.

Many questions linger whether the management group will be able to deliver on this roadmap or not. However, the recent Q1 drop in profits does not portend the end of CD Projekt. For one, the company still made a profit in Q1. It also collected a significant amount of cash during the period. Moving forward, the management team has the resources to implement this change in strategy. The question becomes will they execute successfully or will this change be delivered with the same polish as Cyberpunk 2077?

*Disclaimer: The author owns 100 shares of CD Projekt S.A. stock, this ownership will bias the opinions expressed. This article is not a solicitation, investment advice, nor legal advice, it is intended for entertainment purposes only.