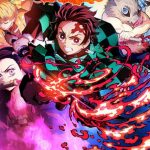 You are reading
The Hinokami Chronicles’ Western Release

Demon Slayer -Kimetsu no Yaiba- The Hinokami Chronicles is an all-new fighting game. The gameplay is reminiscent of Bandai Namco’s Naruto Ultimate Ninja Storm series with its stylistic arena fights and moves taken straight from the anime. The video game aims to capitalize on the popularity of the hit anime. Furthermore, Sega the publisher of the upcoming game treated fans to a new story trailer this week.

Demon Slayer is a story following Tanjiro Kamado. He is a young boy who becomes a demon slayer in hopes of discovering a way to transform his demon sister into a human again. The Hinokami Chronicles will follow the anime’s first season and movie judging from this trailer. Additionally, players will be able to freely move about from one scenario to another in the environment.

A season two trailer for Demon Slayer was released earlier this year. However, with the game releasing in October it is highly unlikely any story or characters will be incorporated into the base game. Although, these characters can certainly appear in DLC or sequel installments.

For a game aptly named Demon Slayer: The Hinokami Chronicles, there is a lack of demons within the playable roster. Nezuko (Tanjiro’s sister) is the only playable demon within the game. She hardly counts as she’s one of the anime’s main protagonists. The trailer reveals players will face iconic demons from the anime series inside the story mode. Each demon has unique move sets as well. Despite this, the roster filled out with joke characters like Murata (with barely any screentime) and echo fighters taken from the “Demon Slayer School” shorts.

This seems to be a missed opportunity. After the announcement of Rengoku, fans eagerly awaited the announcement of Akaze from Demon Slayer the Movie: Mugen Train. Even the demon Rui from the Nagatumo Mountain arc would have been a fine inclusion. Yet they are absent along with demons that are shown being battled within the story such as Kyogai (drum demon), Susamaru ( Temari ball demon), Yahaba (arrow demon), and more. Sega could very well release these as DLC. However, they could be monetized. The lack of demon representation within the starting roster seems like an odd choice. Especially for multiple demons possessing unique move sets within the story. 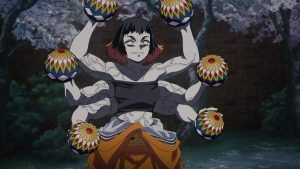 Demon Slayer -Kimetsu no Yaiba- The Hinokami Chronicles releases October 15 for Xbox One, Xbox Series X|S, PlayStation 4, PlayStation 5, and PC. Those that preorder the Digital deluxe edition will have early access two days prior. The game will turn heads with the popularity and fame of the anime alone. However, time will tell if the game births a successful dynasty like the Naruto Ultimate Ninja Storm series.