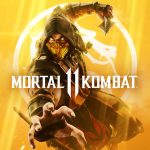 It is with a heavy heart that NetherRealm’s support for Mortal Kombat 11 is now ending. With this closing door, another one will open.

Every game eventually loses support as time goes on. NetherRealm will not be continuing any development for their fighting franchise. In an announcement today, the studio says that they will not be working on characters or anything else. One of the things they did announce was that the studio is now working on a new project.

NetherRealm is now focusing on its next project and after more than two years of supporting Mortal Kombat 11, DLC for the game, including characters, has come to an end.

At this moment it is not known if this new project will be something fans are clamoring for. Injustice 3 could be that next game in development. One thing that we can expect is that this new game will available on the new consoles only. Fans can still jump into Mortal Kombat 11 on all current systems including the Nintendo Switch. If you have not had the opportunity to jump into this game here is the brief synopsis for the title.

Take control of Earthrealm’s protectors in the game’s TWO critically acclaimed, time-bending Story Campaigns as they race to stop Kronika from rewinding time and rebooting history. Friendships are tested, and new alliances forged, in the battle to save all of existence.

It would be nice to see NetherRealm work on some more DC Comics-related games though their future as a Warner Brothers studio may be in doubt. All of the Warner Brothers studios were part of the deal that sent the studio from ATT to Discovery earlier this year. However, I do think that it is time to see Marvel jump back into the fighting world. Let us know how you feel about this news in the comment section below.

Take a moment and check out some of the other news hitting the gaming world. Ghosts of Tsushima will be getting a new Directors Cut. Thinking about joining the Xbox Game Pass subscription service? Here’s ten problems that the service solves.