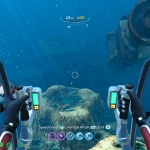 You are reading
The Inherent Horror of Subnautica 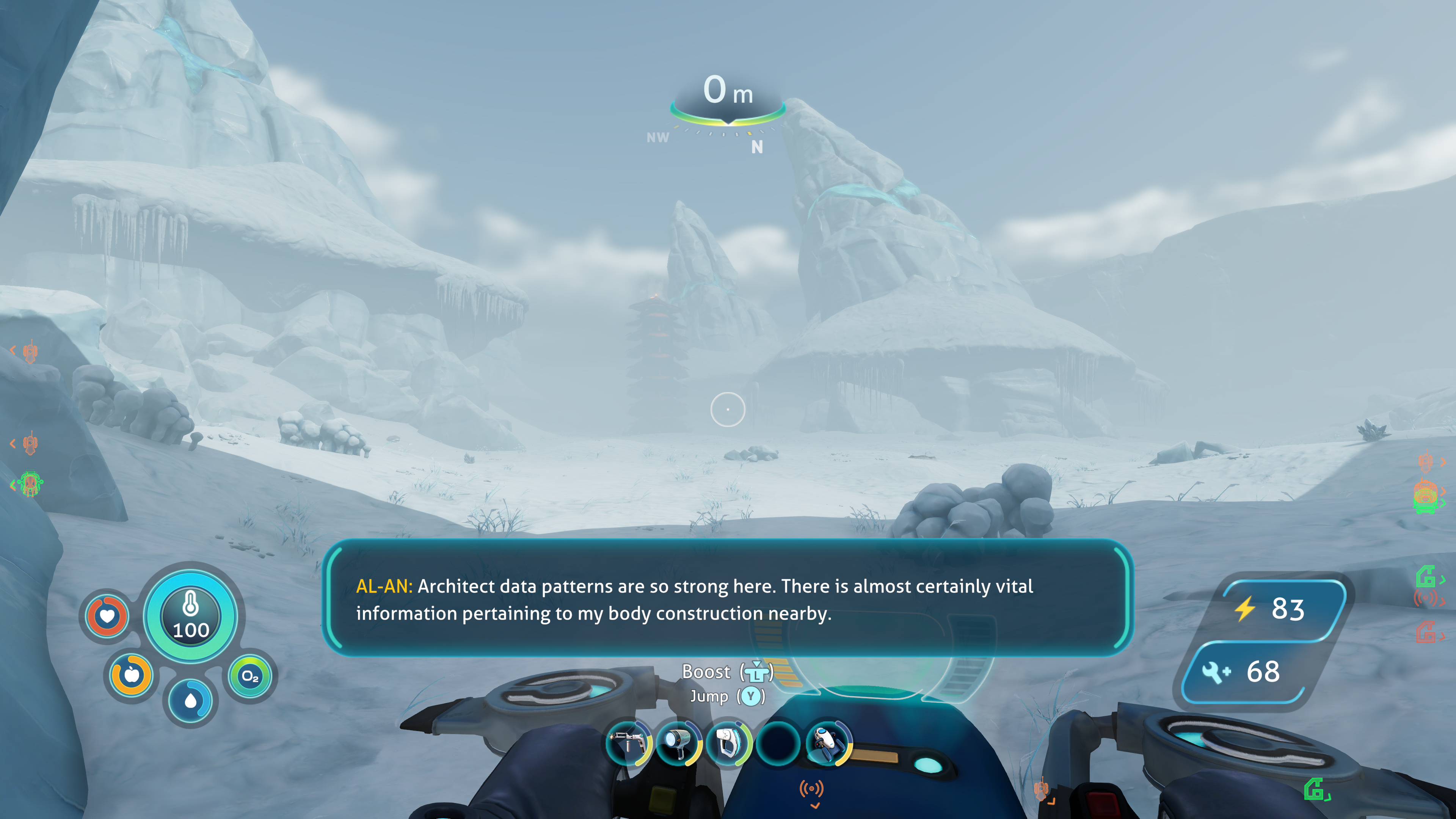 On the surface, Subnautica doesn’t seem to be too different from other games in its genre. A vast open world with crafting, food, and water management systems for players to keep track of while exploring the environment. Even building vehicles to traverse the landscape and a shelter so you don’t have to worry about your oxygen levels. It’s a simple game if you just watch some gameplay, but there’s more to in the Subnautica experience.

When you gain control of your character, you have to be the one to take the first steps on land, then dive and survive. You begin with basically nothing, on a foreign planet that will not help you unless you’re willing to help yourself. When you first look around, under the surface, you’ll see a sprawling and dark nothing. With only a few scraps of terrain and friendly fish to ease you into the environment. You’ll have to learn which fish are edible and which are for water while looking for nearby equipment. The initial journey to find your first few tools is admittedly not difficult. In fact, they will assist your traversal in the beginning. When you progress more in the game and travel farther than you have before, the aforementioned vehicles become essential. 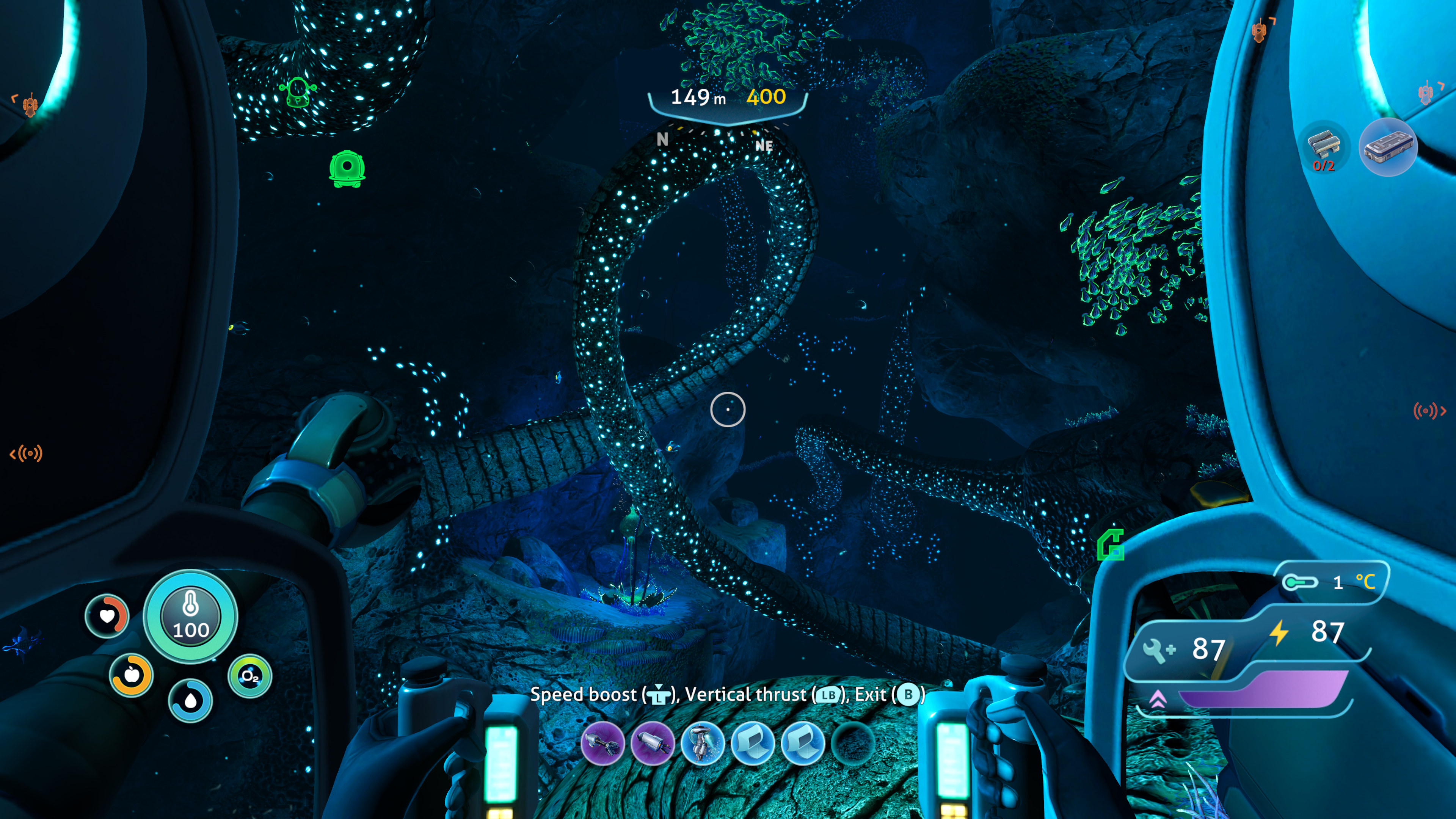 However, that is until you turn around and notice how far away you are from the life pod you started with. You panic, noticing how hungry and thirsty you’ve become. Even though you did so well maintaining your oxygen, you forgot to keep track of your health. So you swim back, realizing the horror of that journey. This is the experience of Subnautica. You braved only so far, finding so much to take with you which kept you going. Only to realize how far away from the shelter you’ve become. This isn’t even the worst of it, your sojourn into the dark only yields the stuff of nightmares.

Driving you to go further into the game is a simple, yet effective, story. You, the player, are not allowed to leave this world until you venture to the deepest depths of this abyssal sea. You’re tasked with something that isn’t very interesting, but you have to decide if it’s worth probing the limits. The further you go, the more you start to notice the hostility of this world. What would be a few moans, a chitter, or a clank here and there, turns into a snap or a roar from horrifying creatures. You have almost no way to kill or even avoid them while they make their way to you. So embracing them and hoping to drive them off, or getting far from them so they lose interest, are your only options. 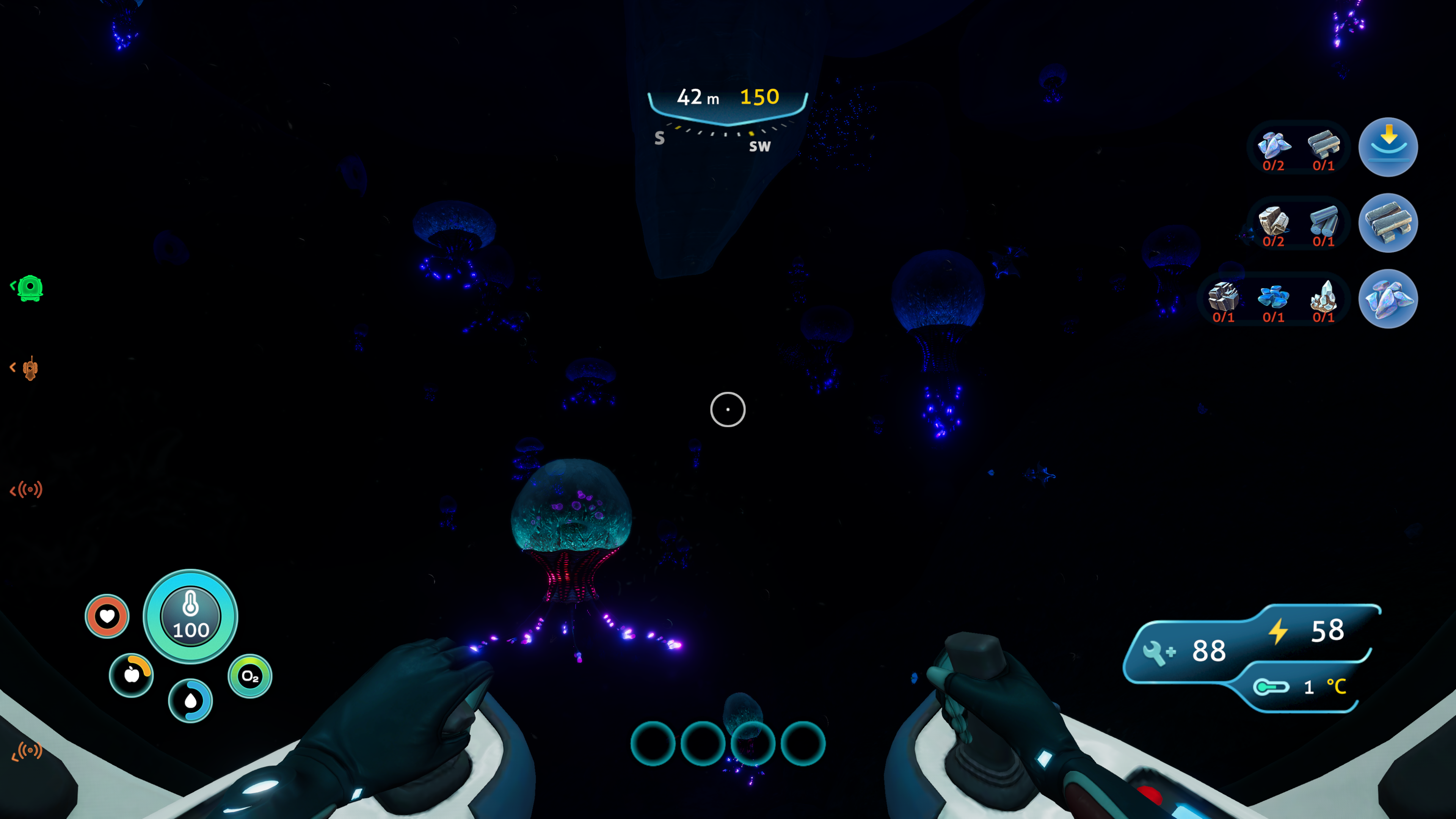 But where do you end up at the end of this process? Where do these monstrosities go? Are you able to continue safely? All the initial questions that occurred on the surface area in Subnatuica stop being asked. The game’s sequel, Below Zero, creates these scenarios identically on the surface as well. You’re never truly safe; as you’re even slower on land. During one of the late-game areas, you receive a hoverbike and are expected to outrun a giant burrowing worm. Meanwhile, the harsh snowstorms and fog make it hard to see where any safe haven might be.

The task of not only making a functioning survival game, with a beginning-middle-end story is already hard enough for games in this genre. It’s another issue entirely to create a unique experience by incorporating these levels of fear into the core gameplay experience. Subnautica, and its sequel Below Zero, can offer a truly innovative and memorable experience if you’re brave enough to face it. The irony being this game is on storefronts being rated “E for Everyone,” even though it would be hard for people to overcome their fears while playing.