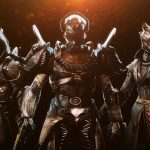 You are reading
Trials of Osiris: Reworked and Revived

Destiny 2 has long struggled with its PVP player base. The game has consistently provided excellent PVE content. Chiefly through its yearly expansion and seasonal stories. However, content has severely lagged behind within its Crucible PVP game mode. Trials of Osiris has also greatly suffered. Bungie (developers behind Destiny 2) debuted system changes for the high-end mode. This aimed to not only grant players a more rewarding experience, but also bring new players into the fold.

Trials of Osiris places fireteams of three against one another in a head-to-head, single-elimination match comprised of five rounds. The game mode is only available during the weekend. In order to gain access to play, guardians must have purchased the current yearly expansion (Beyond Light as of writing this) visit Saint-14 in the tower, and purchase a Trials Passage Card. Each card has its own nuance, but they all serve the purpose of tracking your wins. Guardians who win seven games in a row without a loss will gain access to the Lighthouse. Here, you will be rewarded with the adept weapon (a weapon with a slight edge over its normal counterpart) of the week along with other spoils and bragging rights. 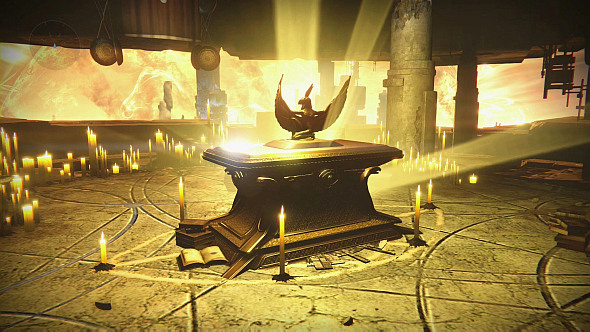 Read More: Battlefield 2042 has been Delayed into November

The reputation and reward system has been overhauled. It now matches other ritual activities in its tiered loot rewards as well as engrams with each reputation rank. Before, players would leave their matches empty-handed with a loss. Now, players can still earn reputation points even if they continually lose matches. This leads to Trials engrams, granting players a chance at the highly coveted Trials of Osiris armor and weapons. Being able to now stay on a card after three losses helps further incentivize players to stick with the game during longer play sessions.

Wins will now have a chance to drop materials and engrams. Players who go flawless have a chance to receive another adept weapon along with ascendant shards with each consecutive win. Rewards for these matches are comparable to a Grandmaster Nightfall in PVE content for Destiny 2. Additionally, players can spend in-game currency and materials to target farm rolls for weapons they have already earned. The price is not cheap, but all players have the opportunity to earn very good weapon rolls regardless of skill. 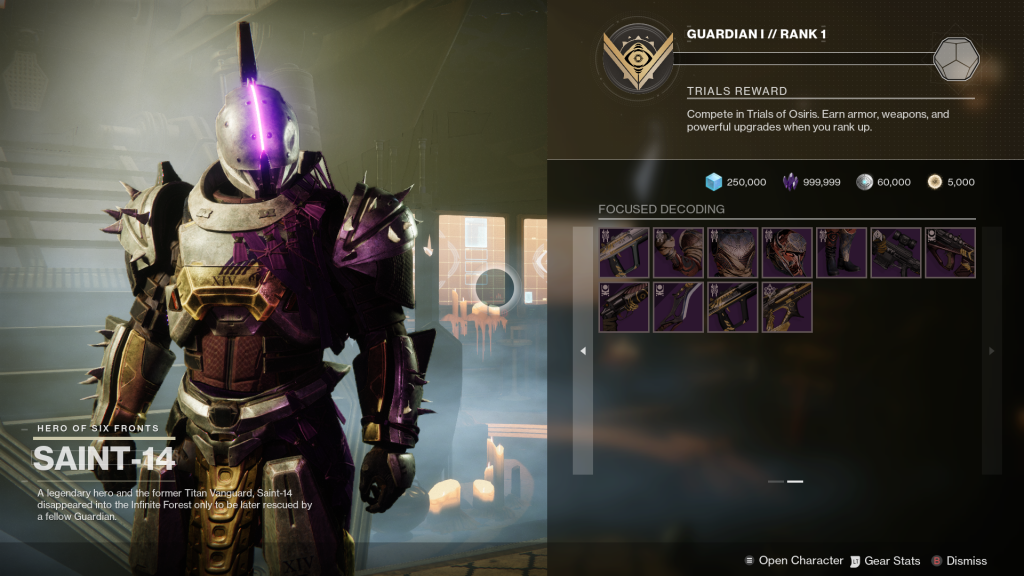 Trials of Osiris – Barrier of Entry

These changes have been phenomenal; however, the biggest change has yet to be mentioned. Trials of Osiris now has matchmaking for solos and duos. Previously, players would need a premade group of three before entering a match. Now, guardians who fly solo will be matchmade with two other guardians to fill a fireteam. This eliminates the extra steps one would have to take, especially new players, in order to enjoy the high-end PVP content.

The matchmaking is a mixture of skill-based and wins recorded on a card. The first half of a seven-win passage will match players based on skill, to adequately give everyone a fair shake as they begin their journey to the Lighthouse. However, the second half of the card relies more heavily on recorded wins to pair teams against one another. This has led to many instances where solo or duo queue players are paired against a full premade fireteam. Even worse, solo players on a flawed card can be paired against a flawless fireteam as the system just views the seven wins acquired regardless of skill.

Many are clamoring for a freelance style mode (only solo players can matchmake) similar to the Glory and Iron Banner playlist. Bungie has already confirmed this will be coming as a test run via a Crucible Labs node at a later date. It will only be active for one weekend then removed, giving Bungie the opportunity to analyze the data. Long-time players of Trials of Osiris are worried a freelance playlist will do more harm than good. Splitting the population with a freelance option might undo the hard work accomplished by matchmaking in the first place. Time will tell once the Lab is live. However, the skill disparity in matchmaking post seven wins must certainly be addressed one way or another.

Overall, Bungie may actually have nailed Trials of Osiris. This past weekend became the most popular Trials weekend for Destiny 2. The development team also has plans to breathe new life inside matches. Labs are coming that will test different objectives and modes inside Trials. This is the love and attention the PVP community has desperately craved for so long. Bungie keeping their promises will secure the longevity this mode deserves. The full blogpost on every change can be read here. Have the new changes convinced you to dabble more in PVP? Let us know in the comments down below, and I will see you at the Lighthouse, Guardian.