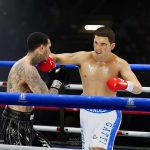 You are reading
ESports Boxing Club: What We Know So Far

Fans have been asking for a long time when the next Fight Night will release. Truth be told, no one has any idea, but there is a game that could take the boxing crown. I am talking about a game in development called ESports Boxing Club. Let’s dive in and go over what we know.

When it comes to ESports Boxing Club, it will have many features that will take boxing games to a whole new level. The next-gen footwork and revolutionary movement systems will help provide realism when it comes to the boxer’s movement and mannerisms. This is possible due to the help of World Champions. Visuals and venues will be next level as well, with gyms and arenas from around the world.

We also get the privilege to hear famous voices commentating such as Paul Dempsey from BT Sports, Johnny Nelson from Sky Sports, and Todd Grisham from DAZN. Just picture these voices calling your boxing matches. Other benefits we will get are the Feint System, Retirement System, and even an annual ESBC tournament. The Feint System is the most advanced to date. So, try to master and throw your opponents off guard.

The Retirement System allows you to chose to retire based on a few things. Did you retire early due to the wars you’ve been in? Did you have a lengthy legendary career? Maybe you’re itching for a fight and it’s time for a comeback. We don’t know much about the ESports Boxing Club tournament besides it being an annual tournament featuring the eWBC belt.

ESports Boxing Club will have 100 licensed fighters with a roster increasing each season. This way, ESBC will continually maintain regular content flowing with Legends and Rising-Stars being added throughout the lifetime of the game. Male and female boxers alike will grace this game, as we get to experience the most diverse boxing roster ever. In addition, you can create your own fighter in ESBC and try to become a legend that way. 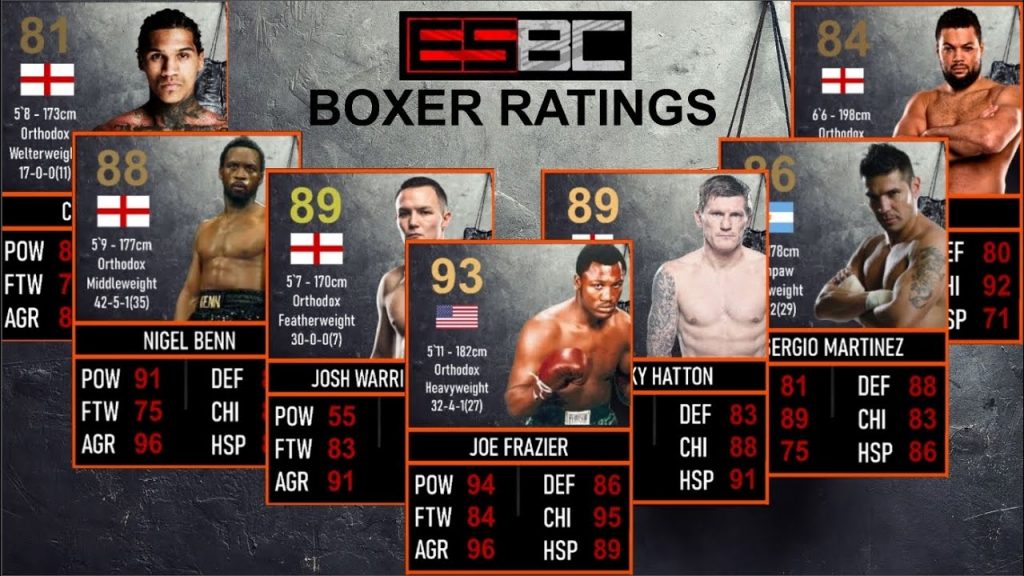 We get access to a pretty in-depth character customization system. In ESBC, there are high-quality scanned models which provide a realistic feel. Officially licensed boxing gear will allow you to upgrade everything from your gloves to your boots. In addition to creating your own fighter, you also have to ability to create judges, trainers, promoters, and even cut men.

Throughout your career mode, because of the realism, you have to manage your fighter’s weight and injuries. You make decisions such as resting and letting any negative effects heal. Or do you risk it and take a title-shot at short notice? In ESBC, you unlock certain moves and characteristics as your fighter matures and you can switch gyms to learn new move-sets to maximize your skill traits.

Other Features and Release

You can’t have a boxing game without Championship Titles. In ESports Boxing Club, we will have the chance to fight for 7 different Championship Titles. You could win the coveted ’Green and Gold’ WBC belt. Furthermore, ESBC will feature the governing and sanctioning bodies of the sport. Including the IBF and the prestigious BBBofC Lonsdale Belt. Everyone will want to fight for the prestigious eWBC title in the ESBC tournaments, which get presented by the World Boxing Council during the official ESBC Tournament!

ESBC has not been confirmed release date. However, the developers are trying to balance the community’s desire for a boxing game by ensuring they deliver the best possible experience. The game is expected to release on Xbox, PlayStation, and Steam platforms. Be sure to continually check back to see if any new details surface about the game and whether new fighters have been revealed. Undoubtedly, this will be the boxing game we all need.