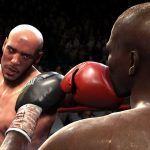 Fight Night is a beloved boxing franchise developed by EA Sports, the first game originally released all the way back in 2004. With old fans remembering the prior iterations of the franchise when it was previously released as Knockout Kings starting back in 1998. Fight Night Round 4 released back in 2009 on Xbox 360 and PlayStation 3 and was often viewed as one of the best boxing games. However, all good things must come to an end it seems. After 11 years, the online servers for Fight Night Round 4 will officially be closed on March 9th, 2020. Electronic Arts announced via a press release tonight, that the online servers will officially be closing. Citing the reasons that the player numbers have become to low for them to provide a viable online experience for players. While this is not surprising as the game is over a decade old and only playable on last generation hardware. Unlike some other server closures lately, such as Battleborne. This will not affect any aspect of the offline game. You will still be able to play all of Fight Night Round 4’s offline modes at your convenience.

For fans of the series, it’s a sore reminder that EA has ignored the long successful franchise for other sports. While EA Sports has found success with its UFC franchise, personally I hope that they will revisit the Fight Night franchise sooner than later. Boxing has been on an upswing in the public eye, so only time will tell if this series can fight its way back.

Do you have any favorite memories of the Fight Night series? Let us know in the comments and don’t forget to check back for the latest gaming news and information.