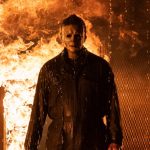 You are reading
Halloween Kills Stumbles Into Theaters and Homes

This weekend saw the release of the horror movie Halloween Kills. The film is being released in theaters and on the Peacock streaming app. Here are my thoughts on the movie as I watched it at home with the lights off. I won’t spoil much of the film.

This movie is a direct sequel to the 2018 version of Halloween. That movie went and ignored all of those past sequels that no one asked for. Instead, fans were given a proper continuation of the original story. Which also brought back some of the original cast. Now, fans can watch the new film today online or in theaters.

We start off the film looking for the killer Michael Myers in the setting of the original movie. Most movies do a terrible job riding past movies in their current versions. Thankfully Dr. Sam Loomis was seamlessly incorporated into the start of the film. They didn’t have him really interacting with any actors in this film and it worked. Sometimes that subtle touch is all a movie needs. Without giving you all of the details I not discussing everything. 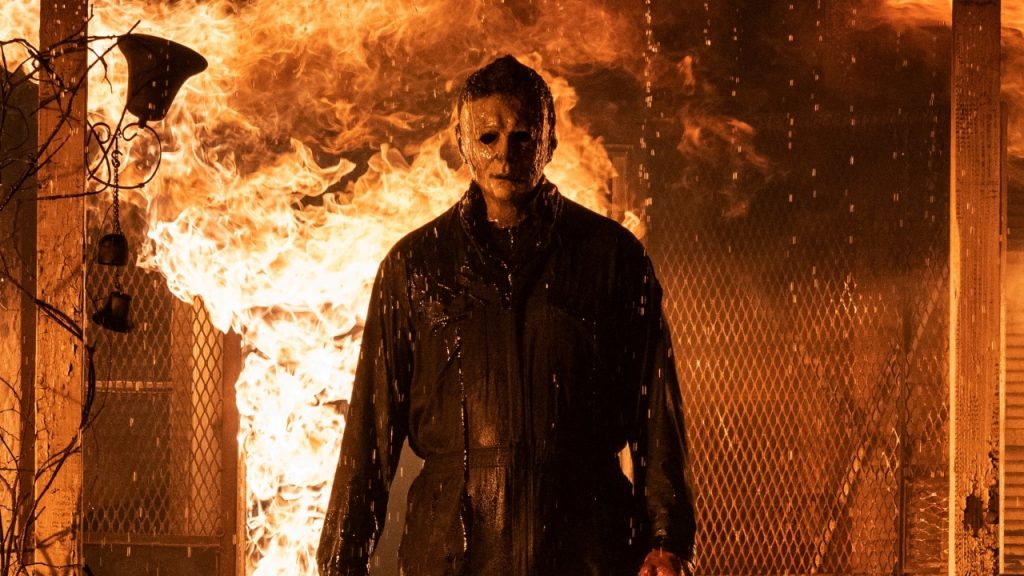 In the Halloween Kills trailer, we see Michael Myers fighting a group of firefighters. Even though they all get ready to fight, they are no match for this evil. Even the neighbors won’t last in a fight. Something that is interesting to see is the survivors hanging out in a bar drinking to the memory of their fallen friends and family from the original killings in 1978. Lonnie Elam, Marion Chambers, Lindsey Wallace, and Tommy Doyle are those survivors in the bar.

After a brief moment of events that recap the last movie, we see everyone including those survivors working together with others in the town to hunt Michael down. Instead of fighting alone everyone realizes they need to work together. This is a rare instance that we see teamwork like this in the film’s long history.

At this moment, the murders that occurred are quite gruesome compared to other films in the franchise. Strangely, all of these events feel normal and not out of place for a kill like this. It seems that most of us are now desensitized to this violence. I actually felt a little bored with how Michael Myers kept stabbing that older man in the back with knives. Obviously, at this point, the series needs some new blood.

Luckily, the movie does get some new blood. Just in the form of plenty of new victims. What’s interesting to see is how angry the people get with the failure of the local police trying to stop these killings. The chant of “Evil dies tonight” is the chant that the town starts to use. The crowd of people loses their minds when they think they see Michael. It doesn’t seem like any of them will be able to stop him from killing everyone in the town. You can see how this movie really became some extra filler before the final film. It seems though we could have gotten a movie that was a little longer with fewer pointless killings.

As a fan though it’s nice to know that next year all of this ends. That final movie where Laurie Strode faces off once and for all against this insane killer. In the end, this movie isn’t the worst thing to watch. Viewers will find plenty of better horror movies to watch during the Spooky season. If it was any other time of the year, I would tell people to just ignore this film and read the synopsis online. Be prepared to watch a movie that just should have been something else other than the 12th movie in the franchise.

Let us know how you feel about Halloween Kills in the comment section below. Hopefully, you don’t get too scared watching this film. Be sure to bookmark Lordsofgaming.net to get more gaming and entertainment news.