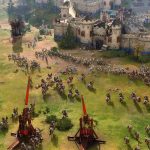 You are reading
Age Of Empires IV Review: Bringing The Past To The Future

Age of Empires is often considered one of the golden franchises in the RTS genre. Originally released all the way back in 1997, Age of Empires was a dominant force in the PC gaming space. The series has lost its prominence for many years, and many fans, myself included, found the last mainline installment Age of Empires III a disappointing entry. Keeping in mind that Age of Empires III was released back in 2005, it has been a long time since Age of Empires ruled the realm. For the past few years, Xbox, in partnership with Sega’s Relic Entertainment, has slowly been remastering the classic Age of Empires games. This has all been a lead-up to bringing the franchise back to the modern era with Age of Empires IV.

The competition is fierce with so many amazing RTS games on the market, From established franchises like Total War, to new IPs like Iron Harvest, Age of Empires IV needed to deliver something classic like its previous installments while still keeping pace with the new big guns of the RTS genre. After spending the past week experiencing and playing across various campaigns and skirmishes, I truly believe Relic has captured lightning in a bottle with Age of Empires IV. 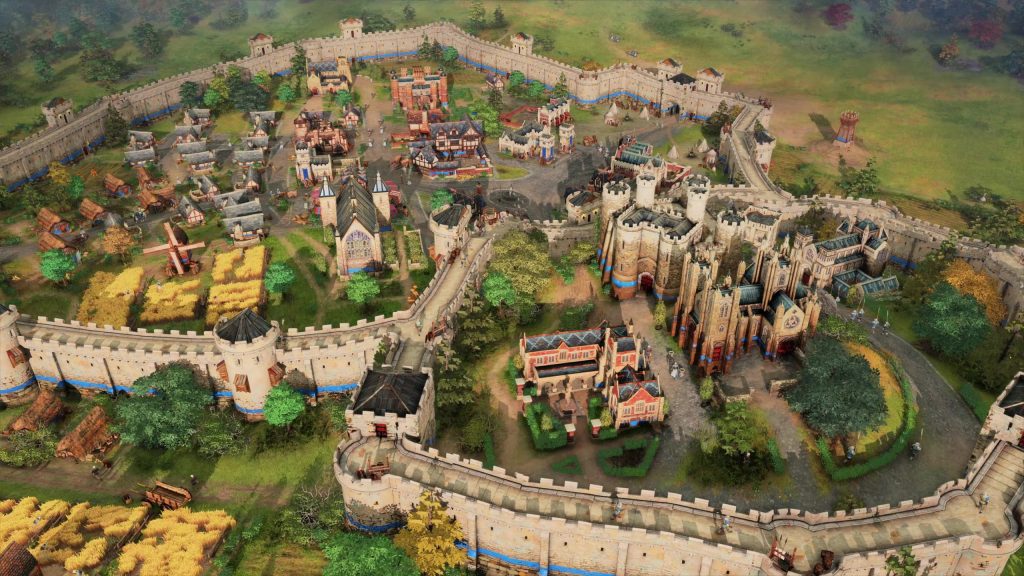 One aspect that always made Age of Empires unique was its historical background that gave players a history lesson in place of a story. Age of Empires IV continues this trend, with its 4 main campaigns which focus around the history of the Normans, The Hundred Years War, The Mongol Empire, and The Rise of Moscow. These 4 campaigns are incredibly unique, and also introduce players to 4 of the 8 factions at your disposal. As someone who loves history, I have always enjoyed Age of Empires campaigns and acting out historic battles and wars. Age of Empires IV takes this experience to an all-new level. With each campaign stretching out to almost 10 hours each, you will have plenty of history to live through.

Each mission is set up with a fully narrated video that gives the player historic context for the importance of the confrontation. It also gives an in-depth look at the world you are about to be plunged into. The real-life footage of the various locations adds an astounding level of detail to each campaign. It makes you feel like you are part of history and making it happen through the battles you win. It adds a level of satisfaction as you beat each of these campaigns, as each mission will challenge how you play.

Sometimes the odds seem insurmountable, but that was the historical reality of the situation. You will always find yourself playing the faction that won in that historical battle; however, the path to that victory is not always clear. Succeeding and finding a way to defeat your enemies during these challenging battles are some of the most satisfying moments I have had in gaming this year.

Ease Of Entry And Learning The Game

RTS games can feel incredibly intimidating to new players, especially if you have never played one before. There is a real skill ceiling for too many of these types of games. Sometimes the barrier for entry can feel insurmountable for new players. Age of Empire IV combats this beautifully with how it encourages you to learn more about the game’s many systems before trying to jump into a skirmish or even a PVP online match. Upon booting up Age of Empires IV, you will have to complete a standard tutorial for creating villagers, gathering resources, advancing through the ages, etc. But after this, players can choose to learn more about how to play the game through two main methods.

The first method is to play through the four main campaigns. These are great starting points for new players. Furthermore, they are by far Age of Empire’s strongest asset. They are engaging from start to finish. These campaigns will not only teach the ins and outs of the game, but they will also teach unique abilities that each faction has that you can use to your advantage. For example, in the Norman campaign, you will learn that the English Longbowman have a skill that puts down spikes to stop cavalry charges. While archers are typically very vulnerable to cavalry, this skill can quickly turn the tides of a battle if you are playing the English. These small little lessons help even the most experienced RTS players learn little tricks on how to be even better.

The second method is a campaign spin-off called The Art Of War. These are specifically smaller-scaled scenarios that put players in a variety of incredibly unique scenarios.  Some of these scenarios will teach you about new tactics to improve your abilities as a player. From using different troop formations to attacking your enemies to challenging players to build a booming economy to better grow their army.

These Art Of War challenges are not just for beginners however, some of the scenarios are incredibly challenging. Even for Age of Empires veterans like myself, you will find plenty of challenging missions that will test your skills. Perhaps the most challenging part of the Art Of War scenarios is the fact that through many of the missions, the faction you play is pre-determined. This can be especially challenging for players that have become accustomed to using a specific faction. It forces players to step outside of their comfort zone.

Charging Into Battle In Age Of Empires IV 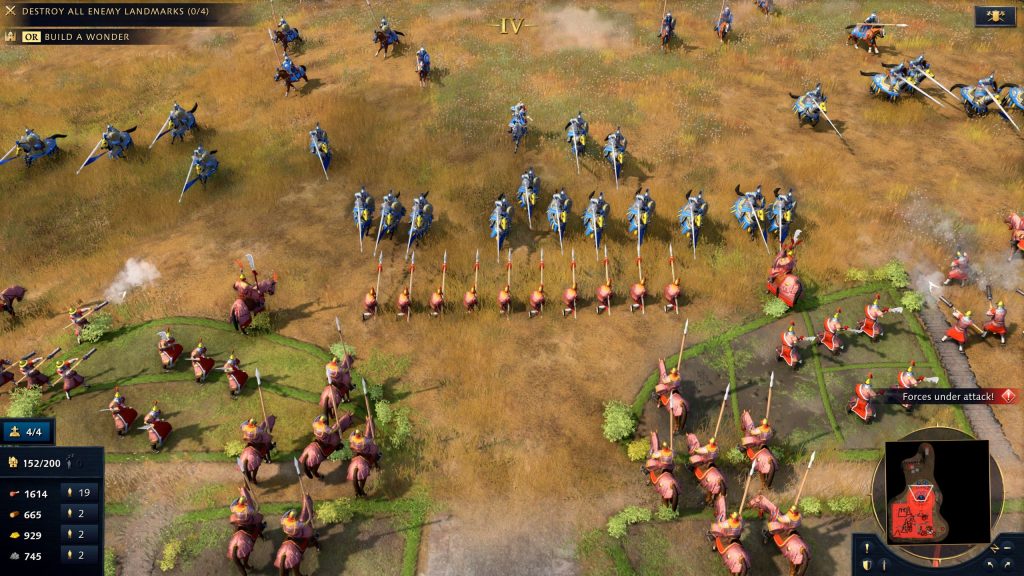 Perhaps the biggest make-or-break aspect of an RTS is, of course, its gameplay and balancing. This is probably the most impressive aspect of Age of Empires IV. All of the 8 factions within the game feel incredibly unique. They are not simple recolors with 98% of the same units and abilities. There is much more depth to it than that. For example, the Mongols were historically a nomadic war tribe that favored fast and rapid attacks. This is tooled to perfection in Age of Empires IV with the ability to pack up any of your buildings and move them using oxen.

Additionally, if you build your military buildings near a resource-based building called an Oovos, you will gain the option to produce two units at a time for slightly more resources. This makes the Mongols highly effective in the early game, as they can produce many units very quickly. But are the Mongols the best faction in the game? Absolutely not. In longer games their strength will begin to dwindle against other factions who can produce more powerful and armored units. This is part of Age of Empires‘ amazing balancing act. There is no go-to faction that dominates the landscape. It becomes more about the knowledge of the player using that faction.

Combat itself is a blast while also being simplistic in terms of controlling your troops. While many new players might be overwhelmed in many RTS games with the mountain of hot keys available to you. Age of Empires keeps it simple and effective, as the unit selection is as easy as it can get. If you double click on a certain type of unit, it will automatically select all of that unit type.

This is fantastic for when you are trying to reorganize your troops quickly or if you want certain units in different formations. Being able to double click spearman and make a spear wall to protect my archers, then being able to line archers up in a tight cluster formation in a handful of mouse clicks is easy. You spend less time trying to get your units to do what and more time focusing on your strategy.

Performance Front To Back

Age of Empires IV is a beautiful RTS and houses incredible detail throughout its maps, and character models. While the Definitive Edition releases of the original trilogy were well done, Age Of Empires IV is on another level entirely. Age of Empires is on par, and even more visually stunning than some of its biggest competition in certain areas. Seeing the individual animations of each of my troops doing various moves was mesmerizing to watch. Even with all these details, and with chaotic battles raging with hundreds of units involved I experience minimal issues with the performance of the game. For reference, I am running an Nvidia 3060 TI, and an I7 processor.

Through my time with the game, I ran into very few technical issues and no game-breaking issues. It was simple as updating my drivers and booting the game up, maxing my settings, and playing the game. Now it is important to note that I did have a technical issue with autosaves during my campaign run. The autosaves simply wouldn’t load properly and then would kick me to the main menu. This did not happen when I loaded off of a manual save. Therefore, I just made sure to make a manual save before I quit in the middle of a mission. Aside from the occasional glitched animation from troops on the field, the game is astoundingly smooth from front to back.

Age Of Empires IV Is A Classic 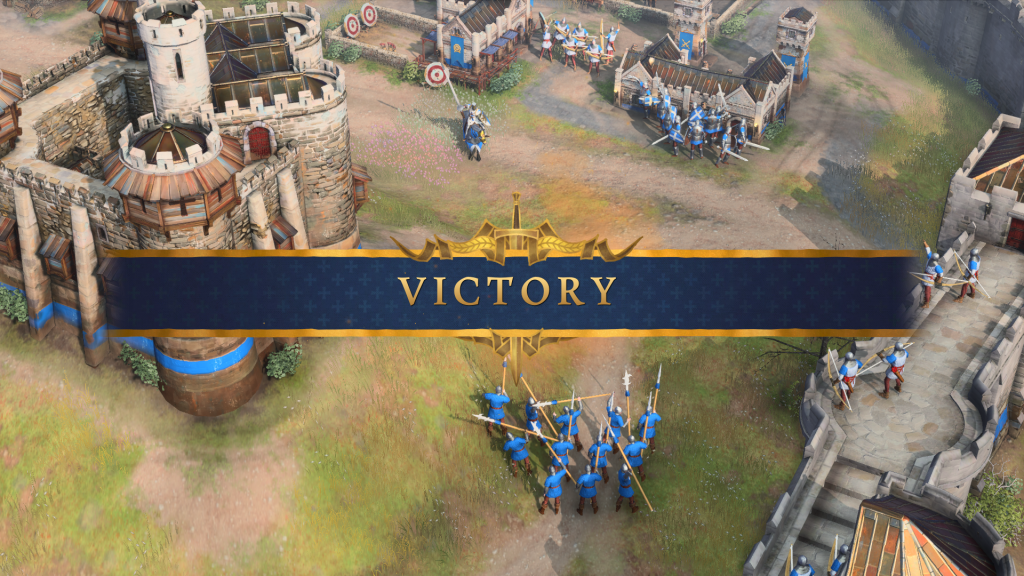 Despite a large number of RTS games on the market, Age of Empires has returned as a must-play title with Age of Empires IV. The game blends the classic gameplay that fans love with modern amenities and quality of life improvements. With dozens of hours of history to explore from the Battle of Dover to the Rise Of Moscow, there is no more fun way to experience history than with Age of Empires IV. As a long-time fan of the franchise since its release in 1997, I could not be happier with the passion and hard work that clearly went into making this game one of the best Age Of Empires games to date.