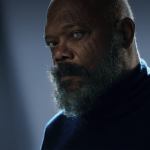 You are reading
Marvel Disney+ Day Unveils Secret Invasion, She Hulk, and More

During today’s Marvel Disney+ Day, the company unveiled some of the upcoming shows that will be hitting Disney+. Some of the shows that had clips in the trailer included Secret Invasion, She-Hulk, and Moon Knight.

Today is the second anniversary of Disney+. The Marvel shows that were released this year changed so many things in the MCU. Especially the fact that these shows are really good. It was completely unknown what some of them would be like since it was the first time that TV shows really tied into the universe. Agents of Shield had small tie ins, but was largely self-contained. A 14-minute video that was released on the streaming service showed WandaVision, The Falcon and the Winter Soldier, Loki, and What If..?. All of these shows changed the MCU in a specific way.

It is going to be interesting to see how these shows listed below will affect the Marvel Cinematic Universe.

This list is quite expansive. We knew about some of these shows. Adding an Agatha Harkness show is a great idea. She was absolutely wonderful during her time in WandaVision. The show that I’m most excited about was left for the bottom of the list. A new season of the X-Men show from the ’90s. That show has always had a special place in the hearts of fans.

Let us know how you felt about today’s reveal of upcoming Marvel shows. Did you enjoy the Marvel Disney+ Day video? Take a moment a leave a comment down below. Also, don’t forget to bookmark Lordsofgaming.net to get all of your gaming and entertainment news.