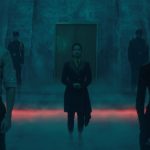 You are reading
How Many Loki’s Do We Need?

We are heading into a new week. That means we are heading into the 5th episode for Loki. Viewers had some shocking moments in last week’s episode. This week should keep that ball rolling right until the end. Watch out for spoilers in this article. The one question you should ask yourself is how many Loki’s do we need?

In this most recent episode, we see that Loki and Sylvie are about to be crushed on Lamentis-1. This apocalypse is one of the worst that was on the time pad. As something happens between the two Loki’s it starts to create a new timeline that has never been seen before. This event allows the TVA to catch those two runways in the nick of time.

As we have found out the people working in the TVA weren’t created by the Time Lords. In fact, at the end of this episode, we discover that those beings aren’t even real. All of these variants have been kidnapped and used to control the sacred timeline. That includes Agent Mobius. He discovers that Loki is finally telling him the truth. Sadly he’s pruned by his boss at the worst possible time. Who is his original? Will the actor Owen Wilson be that original version? It’s not that far-fetched to see this happening given the information we know.

Loki Finds More of Himself

Right when Loki is going to admit to Sylvie that he loves her he is pruned by Ravonna Renslayer. At this shocking moment, everything seemed like it was over for Loki. Up to this point, we had no clue as to what happened to people that were pruned. What we did find out was that he didn’t actually die, instead he was transported to another timeline in New York. One that includes Kid Loki, Boastful Loki, Classic Loki, and Aligator Loki.

With two episodes left we will see what happens to everyone that is pruned. We may even see who actually created this TVA mess in the first place. Since the Time Lords are no longer running the show I wonder who it could be?

After everything that has happened viewers finally get to glimpse the Time Lords. These creatures who tirelessly control the sacred time have turned out to be robots. In fact, these animatronic robots are controlled by some other force. It took one second after one of their heads were sliced off to see the wires hanging from its head. All around the room, there seem to be magical runes. Could these runes prove to someone who is controlling the situation? Could we finally get a glimpse at the rumored Mepshesto? With only two episodes left some questions should be answered.

It still seems like this question is worth asking. How many Loki’s do we need? It may seem that we actually need more than just one. With the end credit scene showing off four different variants, it’s going to be awesome to see what else Kevin Fiege has in store this week. One would hope that we start to see indications of Kang the Conquer in the show. This new villain really has to be something far worse than a guy who was worried about overpopulation (Thanos).