When it comes to it, the Xbox Wireless Headset is an interesting piece of tech. On the one hand, this is the first official headset that seems to receive Xbox’s full attention. A lot of care and consideration went into designing the headset and it shows. On the flip side, the headset is probably going to rub audiophiles the wrong way. But it is worth mentioning that audio is subjective on almost every level. Despite these shortcomings, the Xbox Wireless Headset is a solid offering at a reasonable $99 MSRP price point. 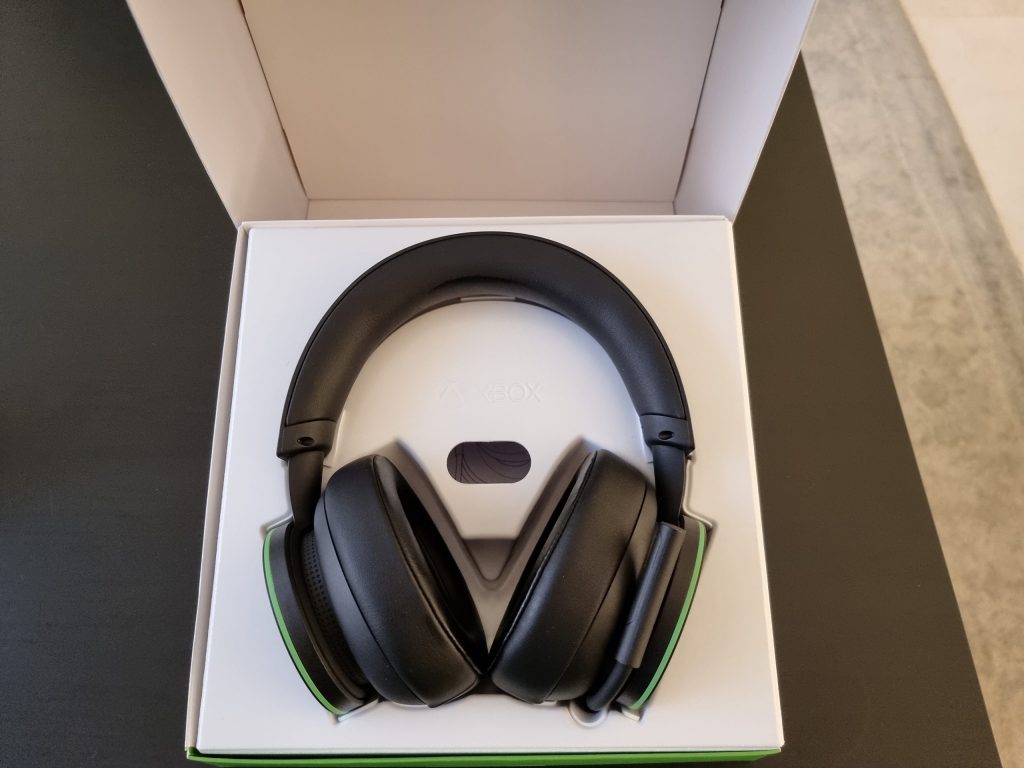 Right out of the gate, the Xbox Wireless Headset packaging and its presentation are immaculate. If you were fortunate enough to snag an Xbox Series X/S, you know what I am talking about. Microsoft stepped up its packing presentation. When opening the Xbox Wireless Headset, you are immediately greeted with the headset with no other compartment in sight. It is a clean look, that is reminiscent of the design care a company like Apple is known for or Sony with their PlayStation 5 3D Pulse Headset.

It’s these subtle presentation touches that show how much first impressions matter. In addition, these types of presentations also give off a premium vibe to them, which is always welcome. Again, it just goes to show how far Microsoft and Xbox have gone when it comes to presenting their consumer products. 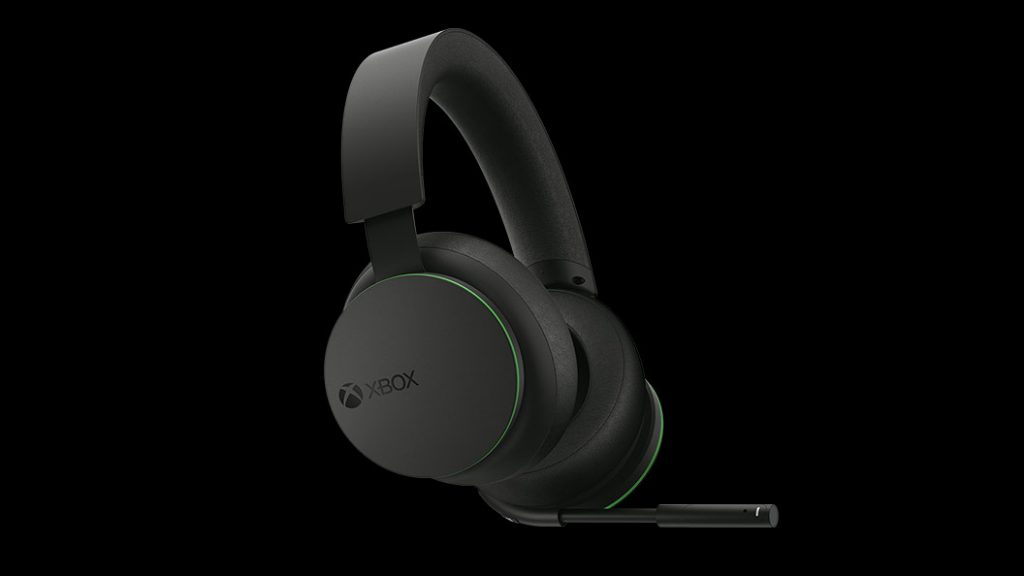 The Xbox Wireless Headset is made primarily of black matte plastic and faux leather ear cups. To my surprise, the headset’s headband is made out of an inner steel metal band, according to the official specs. The speaker diameter measures around   40mm and comfortably covers the ear. The ear cup material is very breathable, and won’t cause sweating.

The microphone is slim and discrete. It can bend and tuck into the headset’s left ear cup. It is short and non-intrusive. Some might feel it is a bit too short for their taste, but I did not have any complaints. Another area with few complaints is the comfort of the headset.

The Xbox Wireless Headset does a fantastic job in the comfort department. The headset is lightweight, weighing 312g (11oz). This makes a world of a difference during long-gaming sessions. The headband comes with plenty of cushioning, so your head won’t be dented after long gaming sessions. Not only is the design on point, but its layout is well-thought as well. 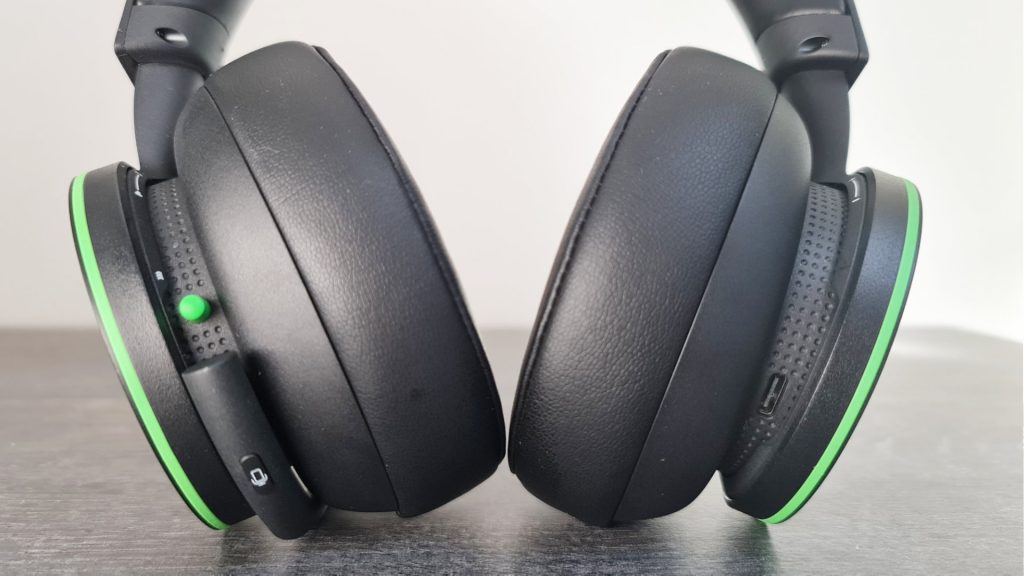 It didn’t take long to get used to the Xbox Wireless Headset button layout. The green button on the left cup powers on/off and syncs to different devices. This includes Xbox One and Series consoles, PCs, and mobile phones, but more on this later.

Additionally, the microphone button is housed on the bottom half of the microphone and is a breeze to use. A LED lights up when the mic is on, so it’s easy to tell when it’s activated.

Versatility and Functionality of the Xbox Wireless Headset

When it comes to feature sets and versatility, these are undoubtedly the Xbox Wireless Headset’s strongest aspects. Like I mentioned above, the headset can connect easily to Xbox consoles, PCs and laptops, and mobile phones. Best of all, it’s all a seamless experience.

The Xbox Accessory App allows you to fine-tune your sound experience. The app allows you to select different sound profiles to your liking. Otherwise, you can fully customize the headset’s equalizer to fine-tune it to your preference. Additionally, you will promptly receive any updates for the Xbox Wireless Headset via the app so you do not have to worry about having the latest firmware version. If you decide to activate Dolby Atmos or DTS, you can customize your sound profile from those apps.

It’s very easy to pair the headset with your phone. It works just like any other Bluetooth-enabled device. What’s brilliant about the headset is that it can connect to two devices simultaneously. So, I often end up chatting with my PC-centric buddies on Discord or listening in on a podcast all while gaming on my Xbox Series X. It adds a level of convenience that I was not able to do with my previous Astro A50s. However, there was a known gap between the sound quality. 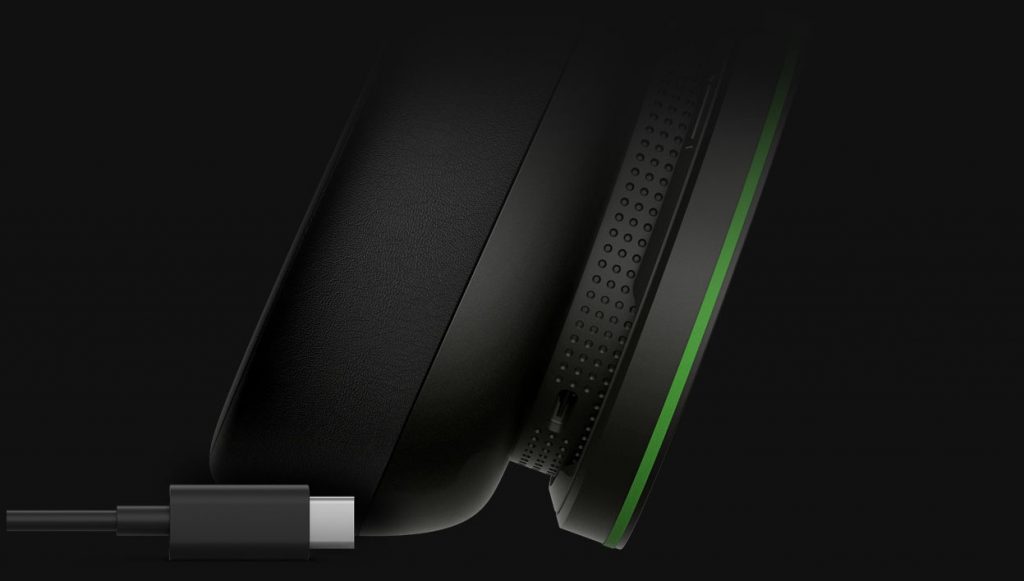 Battery life is great too. When fully charged, the Xbox Wireless Headset will last up to 15 hours. A 30-minute charge will provide around 4 hours of battery life. A full charge needs around 3 hours. Also, the headset uses USB-Type C so you don’t have to worry if you plugged in the wire correctly.

Like we said before audio is a very subjective subject. Out of the box, the Xbox Wireless Headset’s sound is adequate, but it’s nothing mind-blowing. It is a bit more bassy than I prefer, but after turning down the bass enhancer in the Xbox Accessory app, I got it to a profile that was more my liking.

I tried to tweak and tune the Xbox Wireless Headset through Dolby Atmos and tried different equalizer recommendations. However, the process was frustrating, because I would often focus on certain minutia rather than the overall sound profile.

In the end, I settled with the Windows Sonic option through the Xbox settings. I also completely removed bass enhancer in the Xbox Accessory App, as Windows Sonic suggested. While the sound did not blow my mind, it was more than adequate and I adjusted to it fairly quickly. Gone were the constant equalizer tweaking, and I could just enjoy the audio from the Xbox Wireless Headset.

The audio is not on the level of renowned headphones such as the Astro A50s. But then again, the Xbox Wireless Headphones cost a third of its price and more than makes up for it when it comes to features.

Make no mistake, the Xbox Wireless Headset is a phenomenal piece of tech. The fact that I can chat on Discord or listen to a podcast via my phone while gaming on my Xbox Series X is a fundamental game-changer for me.

Its simple, yet effective design and layout are a make the headphones extremely easy to use. It’s a well-thought device that is comfortable to wear, highly versatile, and rich in feature sets. I sometimes have to remind myself that it costs $99 and offers so much.

Yes, it’s not the headphone of choice for audiophiles that notice every nook and cranny of a sound profile. But again, it isn’t meant to be. The Xbox Wireless Headset is a resounding piece of tech that I can easily recommend to any gamer that jumps around between Xbox, PC, and mobile phones.

The Xbox Wireless Headset is available now at most major retailers for the MSRP of US$99.99.

8.8
A Feature-Rich and Versatile Piece of Tech