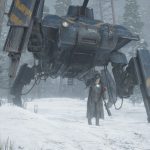 You are reading
Iron Harvest Review – Made Of Blood And Iron

Iron Harvest is an RTS developed by King Art Games. The studio is most notably known for games such as “The Dwarves“. Iron Harvest is a dieselpunk styled RTS set in 1920+. This is an alternative universe that takes place after the conclusion of World War I. In a world with a fragile balance of political power that could collapse at any minute. Filled with machines that could slaughter hundreds of men in a split second. Blending a massive single-player campaign as well as a wide variety of multiplayer options Iron Harvest is an incredibly unique game in the RTS genre.

The Depth Of War 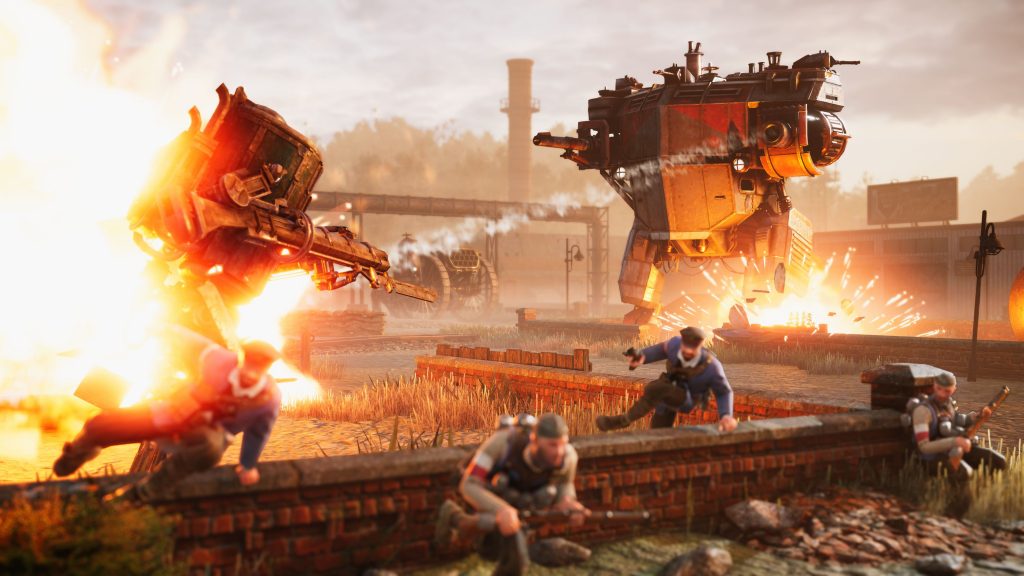 One of the first things that immediately struck me when I played my first multiplayer skirmish in Iron Harvest is the destructibility of the world. In the world of FPS, I have often applauded the Battlefield franchise for its representation of destruction. Watching pristine houses and countryside be nothing but burning holes in the ground at the end of the match is immensely satisfying and does wonders for immersion. It feels like a brutal but more accurate representation of war. Iron Harvest portrays war in a savage and almost inhuman way. As you begin to roll out your massive mechs of war, you watch them flatten houses, blow massive holes in the terrain and topple nature. It adds a different level of intensity to the game, especially in multiplayer skirmishes. When you spend the entire match fighting over a small village control point, then by the end of the match it’s reduced to rubble.

Never before in an RTS game, have I seen cover-based warfare done in such an exceptional way. In many RTS games, you rely on playing specific units against each other to come out on top. Iron Harvest absolutely has mechanics based around matching certain units against each other to win battles. However, the use of positioning your troops, as well as using the terrain to your advantage plays a massive role in your success. There were many battles in which I was outnumbered in troops but due to using the cover, and having a high ground advantage. I managed to walk away from the battle victorious. You need to be constantly evaluating the world around you, especially when setting up to defend a control point. One misplaced defensive position could be the difference between victory and defeat.

When playing in multiplayer skirmishes, a victor is decided through “Victory Points” which are gained from taking central control points located around each map. For example in a 1v1 scenario, the players will have a central flag that they will be able to battle over. With another point relatively close to the middle of the map. These flags are often on opposite sides of the map, which then requires you to divide your troops to conquer. As you need to control 2 of the 3 points in order to score. An additional victory condition comes from crushing your opponent by destroying their headquarters. This mode caters more to a tactical mindset which is just how I like it.

I often found myself, rushing the central point aggressively to capture it. Then quickly building up my defenses around that point in order to push off counter-attacks. Iron Harvest certainly encourages an aggressive playstyle, you still have to be methodical in how you accomplish your goals. For every time I rushed I often found initial success, however, counter attacks would quickly take their toll. if not prepared properly. These would often put me on my heels very quickly, then I would lose a ton of my early units for this mistake. The game absolutely rewards you for playing a more aggressive style, but it will also punish you if you get too cocky.

Minimalist Approach To Building And Resources 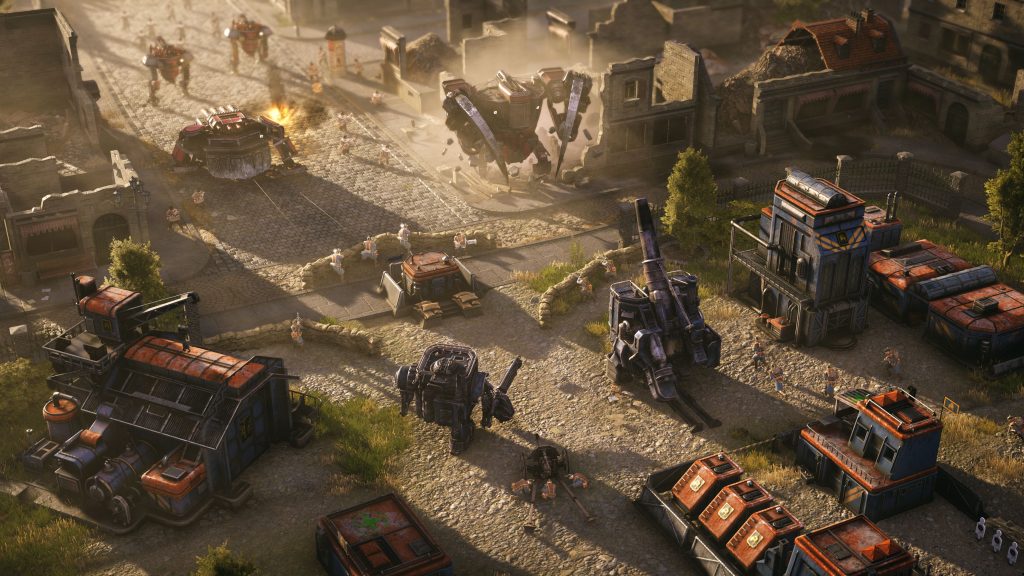 Often one of the most annoying aspects of some RTS’s is it feeling like you spend more time hunting resources than playing.  This is then followed by constructing 50 different building types in order to fully support your army. Iron Harvest is a much more simplified RTS in terms of building and resource management. You have two primary resources that you need in order to build. These resources are simply oil and steel. You gather these resources by capturing oil and steel refineries. Subsequently, protecting these refineries while taking over your enemy’s becomes yet another step in achieving victory.

When it comes to building up your army, you have two buildings that produce troops. A barracks and a mech factory, you can begin rolling out the assault. Both these buildings can be upgraded to provide a wider variety of troops at your disposal. What Iron Harvest lacks in building, it makes up for in troop variants. From standard infantry, engineers, to diesel super soldiers, and artillery squads. You can build a widely varied army to tackle any situation. Defensive building is a key part to success in the game. Bunkers, sandbag walls, and anti mech mines are critical to holding down control points and winning battles. The game does a great job making it feel like even the most indefensible area can be turned into a stronghold with a few well-placed defenses.

A Nation For Your Playstyle

There are 3 factions that make up the Iron Harvest universe. Rusviet, Polania, and Saxony. Like in many other RTS games, these factions all have different strengths but strangely it often feels like each faction lacks “weakness”. Instead of a faction having Achilles heel so to speak, the factions just have aspects that they excel in. I spent much of my time playing as the Rusviets because they suited my aggressive playstyle. Their ability to build up quickly and flood the field with infantry very quickly, while also having mechs focused around blitz tactics played perfectly to how I played Iron Harvest.

Polania provides an almost perfect balance of both defense and offense. If you are new to RTS games or just looking to get a feel for the game, Polania is a perfect choice. While Saxony, I feel from my time playing the faction requires a lot of skill in order to execute. They have a strong defensive backbone, that can be hard to penetrate once they become entrenched. Getting a good Saxony player off of a control point can be a massive challenge. However, taking that control point as Saxony at the beginning? That’s a challenge in itself.

The Best of Both Worlds 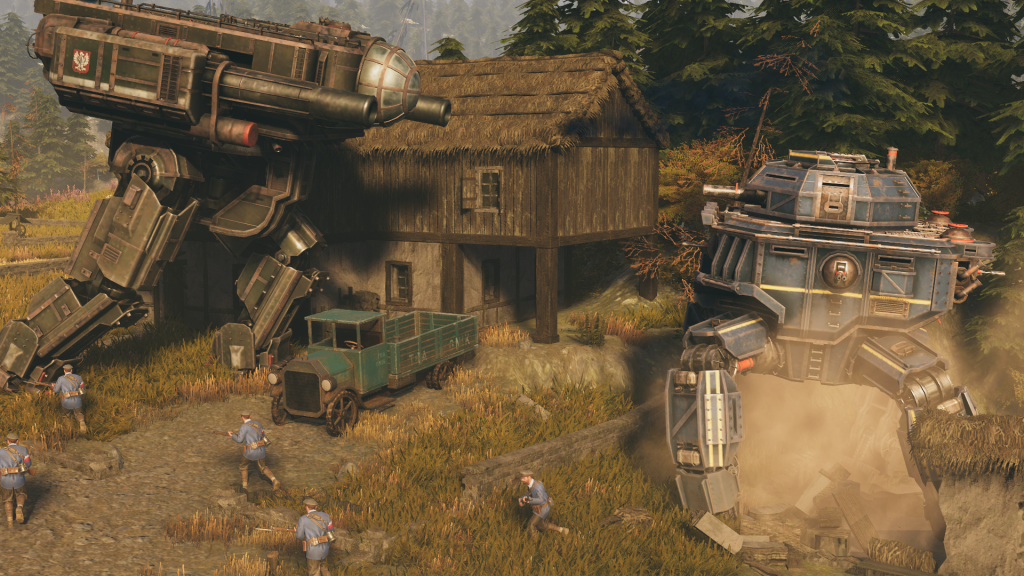 Often when playing RTS games, they feel like they are aimed at a specific audience. Some are very PVP focused in their design while the campaign feels like nothing more than a glorified tutorial. This is not the case with Iron Harvest. While I spent a majority of time early on with the game, playing the multiplayer with my friends, but when I finally got around to the campaign it was quite compelling. The compelling story of war, family, and heartache expanded across 20 plus missions that span across all 3 factions and never felt like an afterthought.

The beauty of the campaign in Iron Harvest is not only an impressive narrative spun across 3 very unique factions. It also teaches you a massive amount about how the game works and some of the more complicated features. While I rushed straight into multiplayer and learned by getting defeated by more skilled players, I highly recommend experiencing the campaign first. I walked away from the campaign impressed, as this is the definitive narrative I have experienced in a RTS game. It also did a phenomenal job of teaching the mechanics of the game, which ultimately led to me being a better PVP player.

Pounding Audio and a Beautiful World

One of my favorite aspects of the RTS genre, is the soundtracks that often come from these games. Games like Age of Empires, Anno 1800 and many more have a proud legacy of outstanding scores. Iron Harvest continues this trend with a hard-hitting orchestrated soundtrack. From dark and brooding themes to victorious horns of victory, the soundtrack of Iron Harvest delivers on the immersion. The sounds of the mechs creaking and stomping through the battlefield is just what you imagine it would be. The creaking and deathly bangs as shells destroy structures are an incredibly immersive audio experience.

This was coupled with some of the most diverse environments to explore. The variety of maps and biomes makes no two environments feel the same. From snowy Russian villages, to more central European locales filled with massive forests. The game is quite simply beautiful, I actually became incredibly interested in the game last year due to its incredible concept art. Often when talking about graphics many people heap praise upon 4k assets but with Iron Harvest, it feels like a crime to not mention the art design. It is an immersive fantasy world, that seems real, and that you could learn about from a history book.

When I originally previewed the game a few months ago, I was impressed with the level of polish Iron Harvest had. The demo practically ran flawlessly, outside of a few minor hiccups. Now with the game being in open beta for almost a month before release. It allowed the developers to smooth out a few of those hiccups and deliver a polished front to back experience. In a world where post-launch patches often have to fix major issues in the weeks after launch. It feels weird to say that it is refreshing that Iron Harvest is complete and finished experience front to back.

By granting such a large amount of players early access to the title via the open beta. It shows an intense level of confidence in their game. To let anyone participate and play the game, it opens up issues that might have been missed in playtesting. The developers getting feedback from the growing community of the game, also allows for more focused post-launch support. Iron Harvest was an incredible experience that improved with every patch. The final product is one of the most polished games I have played in recent memory.

Thank you to Deep Silver for providing a code for review and guide purposes.

You can find this review and many more on OpenCritic here.