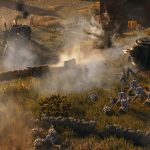 You are reading
Iron Harvest Demo Preview – The Brutality Of War

Iron Harvest is an upcoming RTS game from developers King Art Games. The game is being published by Deep Silver and is coming to PC, and then PlayStation 4 and Xbox One at a later date. Iron Harvest is set in an alternate universe of World War I. Fight in a battlefield filled with trench warfare and massive mechs. This past week I got a chance to play the free demo on Steam. Here are some of my early impressions of the upcoming RTS game. 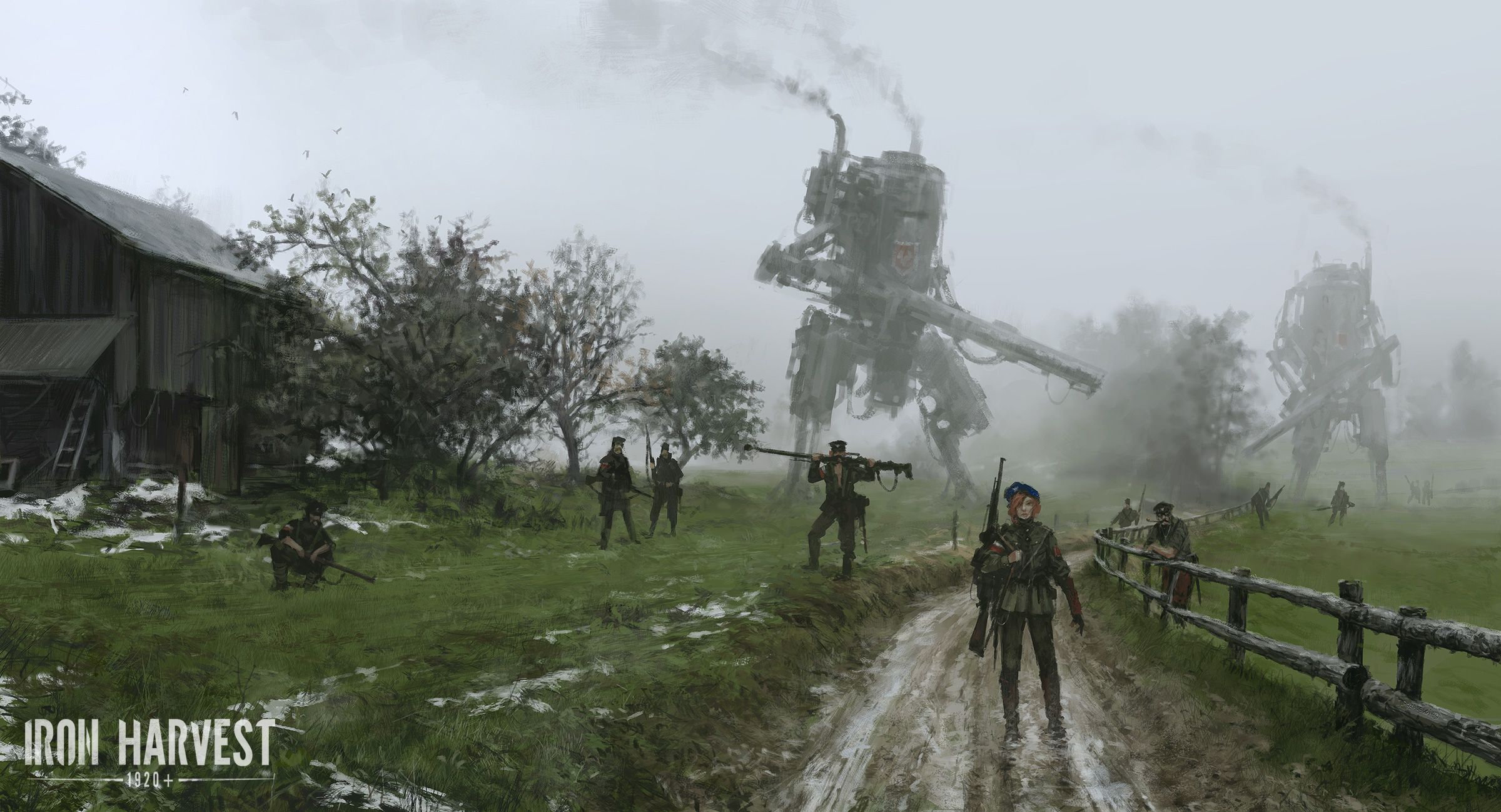 Video games based on war are a dime a dozen. Especially those based on World War II. However, World War I is an often forgotten era of warfare. Then to do an alternate universe within the time period comes across as absolutely brilliant. The blend of trench warfare mixed with monstrous mechanized machines is stunning. I cannot stress how much I loved the aesthetic of this game.

Iron Harvest originally caught my eye with its concept art which on its own made we want to play it. The game’s maps are just as beautifully designed. Each village and battlefield feels meticulously placed. While it plays into the realm of fantasy in terms of its design. The world itself feels very grounded in reality, as the world is shaped by the destructive warpath you forge.

Heading into a demo you never know what to expect in terms of performance. However, I was pleasantly surprised by the performance of the Iron Harvest demo. It ran smoothly even on my modest PC which is a good sign for the full release of the game. The games UI was clean and very user friendly with moving around the map, selecting units, and executing attacks. Even when massive battles were happening on two different fronts, it was very easy to manage both without experiencing performance hitches or a clunky UI. The game was a very smooth and fun experience.

Now to get down to the nitty-gritty gameplay aspects of Iron Harvest. The game is not a cut and paste of Age of Empires. The game focuses heavily on tactical positioning and always being able to adapt your plans. World War I brought trench warfare to the forefront of combat for the time period. Iron Harvest makes cover the difference between a successful attack or defense. You are able to push your units into natural defensive positions from, fences, village houses, and bridges. This provides your troops with cover and can change the flow of a battle based on who has the natural environment on their side. I quickly started learning that certain spawn positions had certain tactical advantages that I could use to my advantage.

You can also create your own forms of cover, from simple sandbags, all the way to MG nests and landmines. Learning chokepoints and pinch points of each map is essential. Sometimes setting up a bunker in a certain spot left you in a better defensive option. Instead of needing 3 squads to hold down a key point, you could place a bunker with one squad garrisoned inside. This often led to flanking opportunities or forcing your opponent to waste time and manpower to try and overpower a small unit. The destructibility of the world, being able to smash through buildings and obstacles was a blast (literally). It felt like if Battlefield and Lord of The Rings: Battle for Middle Earth had a beautiful baby. 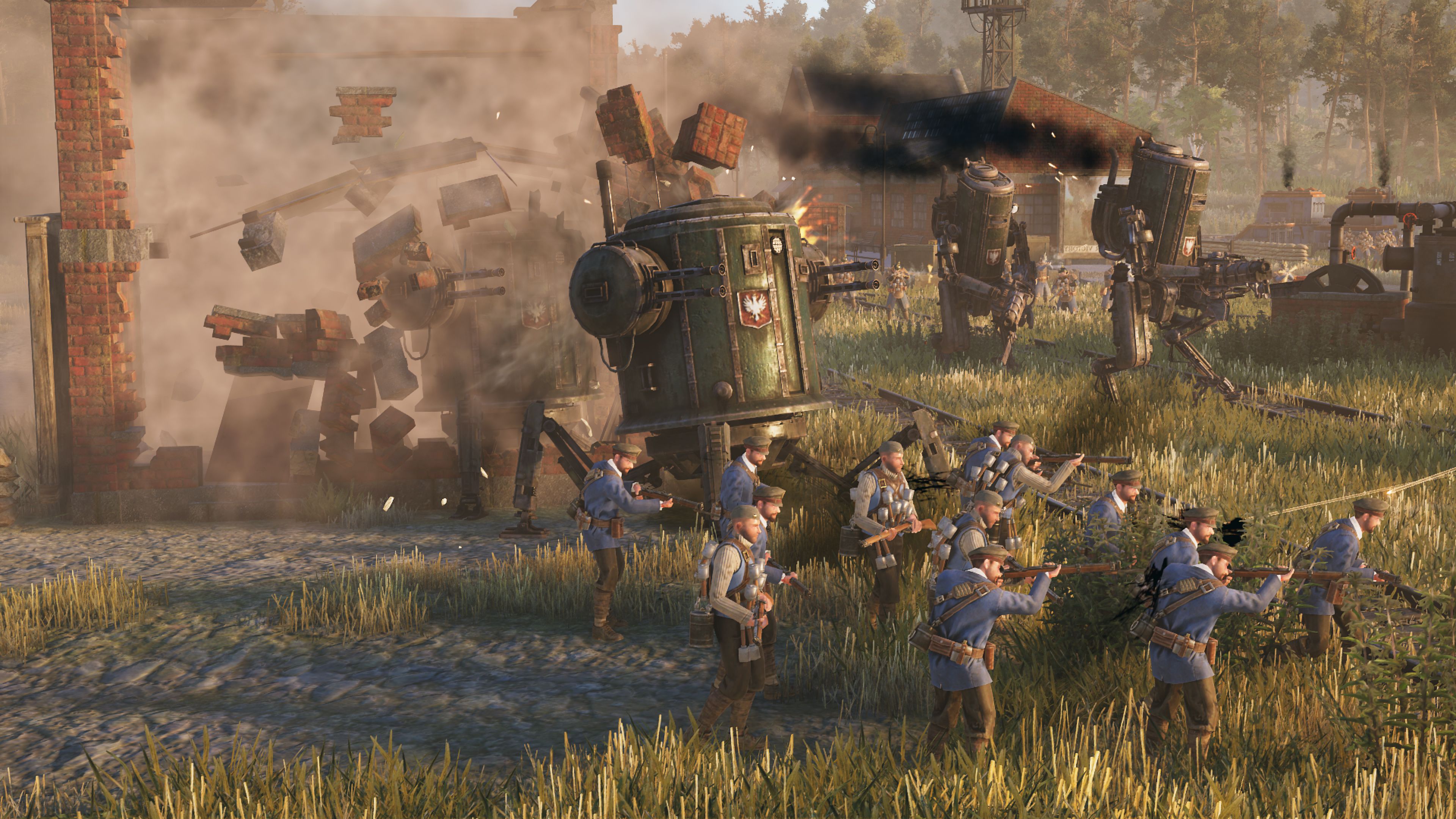 Often RTS games feel like they offer better options for a more conservative approach to battle. Iron Harvest is the polar opposite of this. I found this out very quickly while playing bot matches. If you don’t begin aggressively taking resources, while also balancing a constant push against your opponent, you will quickly find yourself at a disadvantage in minutes. Gaining specific control points on each map, and spreading out your troops is key. Unlike many other RTS games, there is very little focus on the “economy” in Iron Harvest. You have two key resources which are oil and iron. These resources you will use to create your forces and their frontline defense. While also fortifying your headquarters. Some RTS players may find this design minimalist in comparison to other titles in the genre.

With that being said, I found the minimalist design to be very appealing. After a few matches that were admittedly rough, I managed to start grasping the flow of the game. By the end of the demo, I was having a blast rushing and outmaneuvering enemies. The pace of the game made going back to other RTS games feel slow by comparison. Iron Harvest is one of those games that you have to play it, to truly grasp its appeal.

Looking To The Future

Iron Harvest is set to come to PC on September 1, 2020. If you are an RTS fan, you will want to keep an eye out for this game. It is truly a unique experience in the genre. Considering there is a whole story/campaign mode that was locked out of this demo is exciting. If the demo was just a small slice of the pie that is Iron Harvest, then sign me up for seconds.