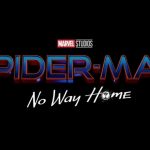 You are reading
Second Spider-Man: No Way Home Trailer is Here

It has been a long time for fans of Spider-Man. The waiting has really created some great fan theories on what’s going to happen in this movie. Finally, we get to see what’s really going on in Spider-Man: No Way Home. Take a look at the second trailer.

Spider-Man and Dr. Strange are about to get some visitors in the next movie. As you can see from the trailer we get to see the Sinister Six fighting our favorite hero.

For the first time in the cinematic history of Spider-Man, our friendly neighborhood hero’s identity is revealed, bringing his Super Hero responsibilities into conflict with his normal life and putting those he cares about most at risk. When he enlists Doctor Strange’s help to restore his secret, the spell tears a hole in their world, releasing the most powerful villains who’ve ever fought a Spider-Man in any universe. Now, Peter will have to overcome his greatest challenge yet, which will not only forever alter his own future but the future of the Multiverse.-Marvel.com

Look for Spider-Man: No Way Home on December 17th. Make sure you buy those tickets in advance, it looks like this movie is going to sell out fast.

Now that you’ve seen the trailer let us know how you feel about it in the comment section below. Also, if you have a PlayStation 4 or 5 you will be able to play as Spider-Man when he joins the Marvel’s Avengers game. Don’t forget to bookmark Lordsofgaming.net to get all of your gaming news.