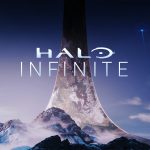 You are reading
Xbox 20: How Halo Changed Everything

It is strange to talk about Halo in 2021. There has not been a main entry in the series in six years. Halo 4 and Halo 5 both showed promise from 343 Industries, but both games had serious problems. In a world where Fortnite, Minecraft, and Roblox, Halo, in many ways, feels like a relic, much like the titular celestial rings. But there was a time when Halo dominated gaming. It is virtually single-handedly responsible for two major revolutions in gaming. It is easy to look at Halo Infinite and wonder if it is the dying gasp of a franchise past its prime. I hope not.

The Prophet of Truth

I grew up with Halo. That is not to say that Halo was always present during my lifetime, but in Christmas of 2001, under my Christmas tree, there was a box. After owning a Nintendo and an N64, I knew, that box held a GameCube. I could not wait to get my hands on yet another baffling controller and play all my favorites again. Yet Christmas morning, that box held not a GameCube, but an Xbox. At the age of eleven, I felt crushing disappointment. My parents had gotten it wrong. 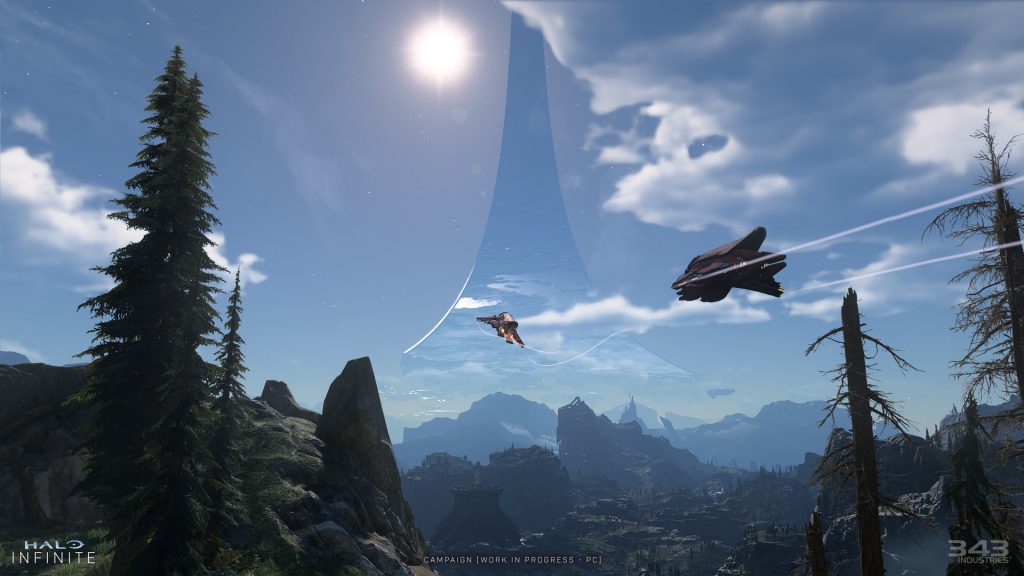 Halo was a revelation. Before Halo, games felt limited in scope. Mario 64‘s castle and Hyrule of Ocarina of Time were big, to be sure, but nothing felt the way Halo did when you stepped out of the crashed escape pod from the Pillar of Autumn. The breadth of the world was staggering. Games did not feel open the way Halo felt open. Seeing the ring rise up in the background, and showcase the marvel of Bungie’s skybox technology will never grow old. It is a skill that persists to this day in places like the Dreaming City in Destiny 2. It is a feeling of awe that the world could go on forever. This is the same feeling that games like Just Cause, Skyrim, and The Witcher 3 invoke so well. It is a promise of adventure that Halo Infinite is seemingly attempting to recapture. 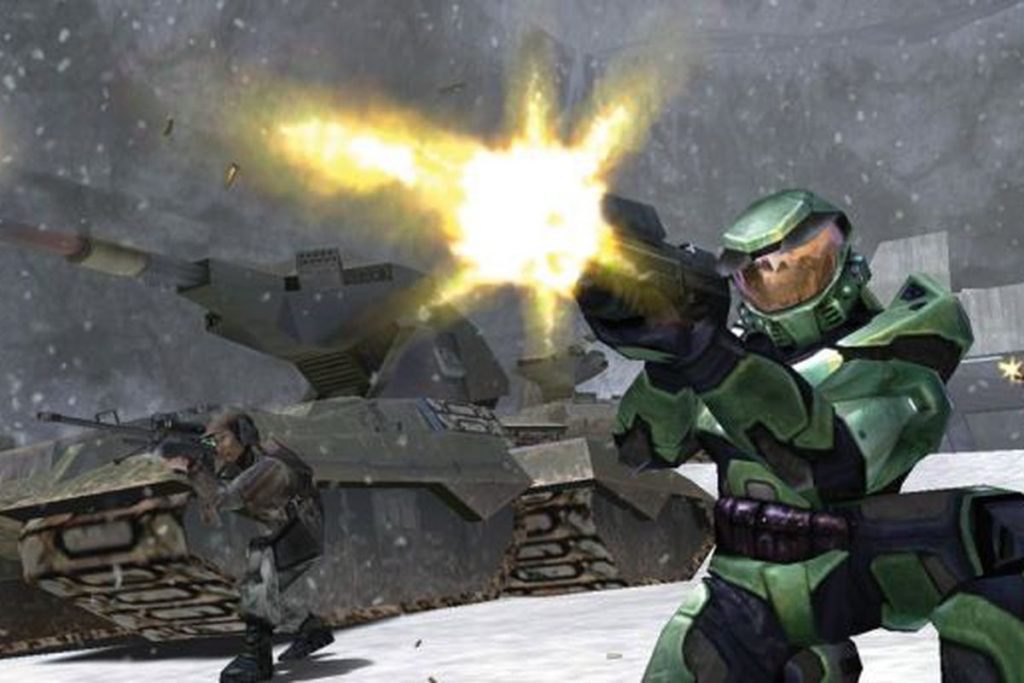 Halo can be credited with firmly establishing the twin stick run and aim systems that are used today in first person shooters. It is difficult to imagine gaming before the ubiquity of dual-stick controllers and tight FPS controls. That is all thanks to Halo. Prior efforts at bringing FPS from PC to home console like Quake 64 or even those built from the ground up like Perfect Dark and Goldeneye never felt anywhere close to as precise or balanced as their PC competitors. Counter Strike, Doom, Half-Life were the gold standard on PC, and consoles always felt like they lived in their shadow. Halo changed the dynamic between console and PC players.

While nothing can match the precision of a mouse and keyboard, the intelligent and sometimes subtle use of aim assist in Halo helped to give console players the feeling of precision that previous console FPS games had lacked. However, the controls are just one part of the puzzle that helped Halo change gaming, the second was the establishment of the sandbox.

Toys and the Sandbox 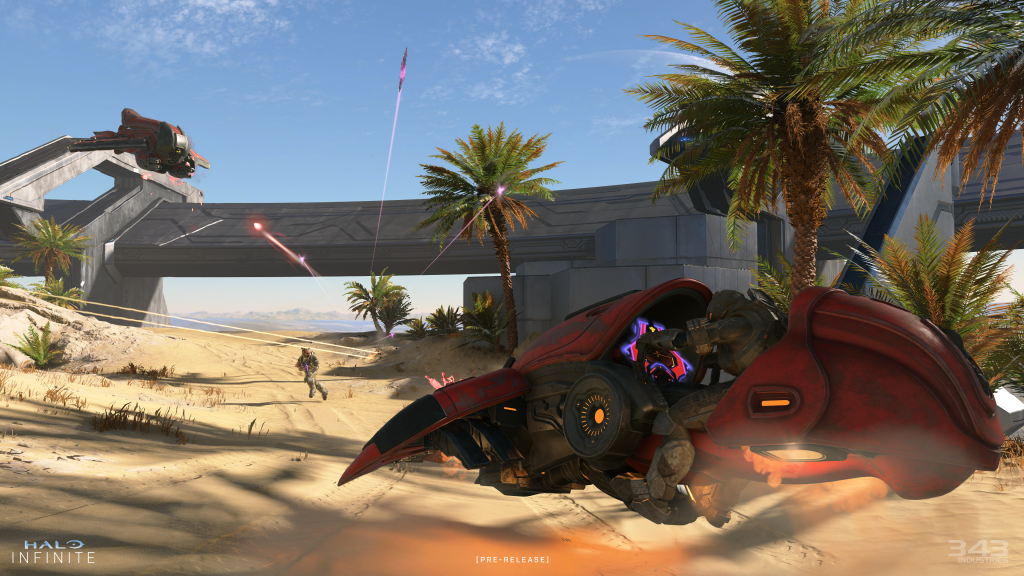 The term ‘sandbox’ had not really been invented in 2001. Halo was able to effectively leverage the power of the Xbox in ways that few other studios ever truly matched. A combination of long draw distance, excellent weapon feel and balancing, and remarkably intelligent AI for the time meant that the Halo sandbox was able to evolve FPS games beyond the corridors and rudimentary cover systems of its predecessors. Elites dive out of the way of grenades, Grunts call out your position, and Jackals raise their shields to block your attacks. The enemy was smart enough to have full battles fought between the Flood and the Covenant. Players could kite the enemies into each other to start engagements. Through a combination of wide open spaces (Assault on the Control Room) and tight corridors (The Silent Cartographer), the level variety set the stage for everything that came after it.

The AI systems are clear remnants of the time Halo spent in development as a RTS. Friendly AI could pathfind using vehicles, enabling the player to man turrets during vehicle sections or vice versa. The large spaces with masses of enemies each reacting according to their scripting, but also with individual agency made each one feel alive. Vocal performances anchored by the amazing Steve Downes and Jen Taylor did the same. People throw the word ‘cinematic’ around with reckless abandon, but there is a reason why Halo has been sought after for twenty years to get a movie made. In fact, the first look at a TV series debuted this week.

So far, this article has committed perhaps an unforgiveable sin. Which is that it has been entirely focused on the campaign, when the multiplayer is what really established Halo as a force to be reckoned with. Blood Gulch, Lockout, Valhalla, Ascension, The Pit. Anyone who has played even a fraction of Halo multiplayer can rattle off a top 5 maps list at the drop of a plasma grenade. The design team at Bungie put on a masterclass in multiplayer from day 1 of the original game through the completion of their work on the series. Multiplayer, whether it be couch co-op (which is how I fell in love with my wife), local competitive, or eventually Xbox Live, drove the Xbox and the franchise into being juggernauts. It is not controversial to say that the Xbox brand would not have survived without Halo. 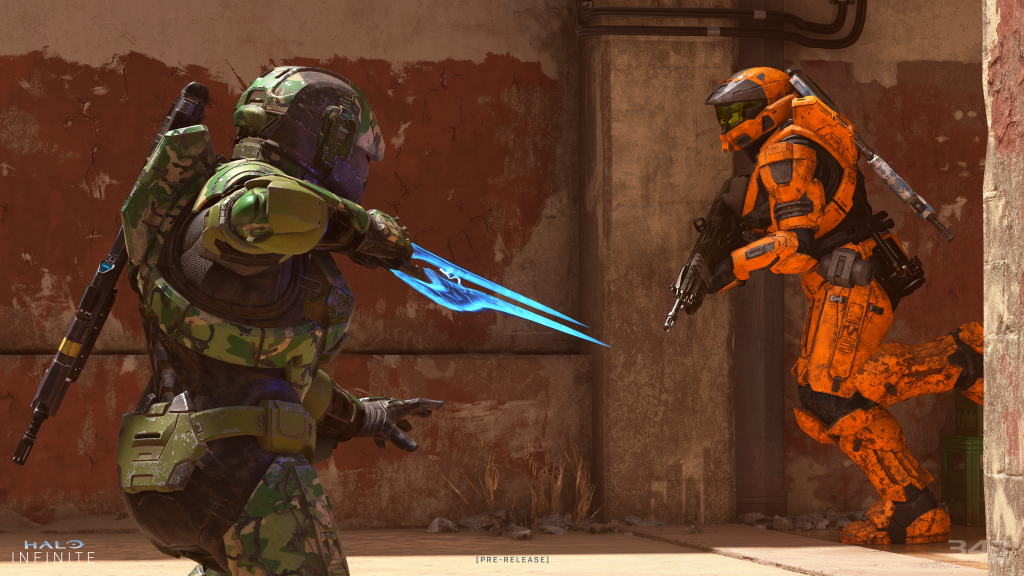 The multiplayer dominated a time in gaming in a way that does not seem possible in today’s environment. Today games on the top of the Twitch boards change by the day and achieving the cultural zeitgeist that Halo once enjoyed feels improbable.The world moves at a faster pace than ever before and it may very well be true that Master Chief’s best days are behind him. However, today Halo Infinite has 200,000 concurrent players on Steam as the multiplayer surprise launched three weeks ahead of time. So maybe every kid today gets to experience what I have experienced for the last twenty years.

A damn fine video game. Thanks for the memories Chief. Let’s make new ones today.