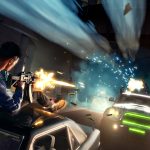 You are reading
Saints Row Pushed Back to August 2022

It seems that COVID-related delays claim another victim, this time it’s Volition’s Saints Row. As disappointing as it may be, luckily the delay isn’t too long.

The game was first announced during Geoff Keighley’s  2021 Gamescom Opening Night Live back in August. Saints Row is a full-fledged reboot of the original game that was released all the way back in 2006. Volition released an update about the game by Jim Boone the Chief Creative Officer at the studio.

Saints Row Pushed Back to Summer 2022

The game was originally slated to release on February 25th, 2022. But now gamers will have to wait a bit longer. Instead, Saints Row is set to release on August 23rd, 2022.

Jim Boone clarifies in the statement:

Our priority is to create the best Saints Row game yet and, if we released on the original date, it wouldn’t be up to the standards we’ve set ourselves, and that you’re expecting and deserve. The team just need more time to do our vision justice; we’re doing some fine tuning and there won’t be much change in the game outside of overall quality and polish.

In all honesty, we underestimated the impact COVID would have on our schedule, although everyone adapted very quickly to the working from home arrangement and continued to be incredibly productive.

It seems that fans and developers alike have underestimated the impact COVID-19 has had on game development. Work from home orders among other measures to curb the pandemic has taken a toll on many facets of normal life. Regardless, it isn’t that long of a delay and the series still manages to hold its own, even in a crowded open world market.

Saints Row will release on August 23, 2022. The game will be available on Xbox Series X/S, PlayStation 4, Microsoft Windows, PlayStation 5, and Xbox One.

Are you disappointed in the delay? How excited were you for the game? Let us know in the comment section below.

Facebook Twitter Google+ LinkedIn Pinterest Tumblr
Previous article Xbox 20: How Halo Changed Everything
Next article Xbox 20th Anniversary: The Duke Was the Start of Something Beautiful