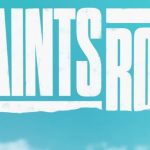 As part of the summer 2021 all-digital gaming conventions, today was the opening day for Gamescom. The 2021 Gamescom event will take place from August 28th through the 25th. Kicking off with Wensdays’s Opening Night Live, hosted by Geoff Keighley of The Game Awards. The two-hour Opening Night Live event promises fresh looks at nearly 40 upcoming games. As well as brand new game announcements. Including the reveal of the brand new Saints Row title and reboot.

The trailer shows off a lot of action, teasing a number of gameplay elements. Saints Row is going to have three major factions and the player will be inserted right into the middle of an all-out war. The trailer ends with the game’s release date, which will be 2/25/2022. Pre-orders have opened today. The reboot seems to be leaning heavily on Gen Z culture and open-world action. It will be a challenging release for the team as it comes out during a now packed spring. One that features releases of Elden Ring, Horizon Forbidden West, and Marvel’s Midnight Suns.