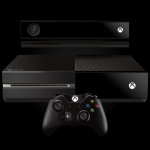 You are reading
How Does Halo Infinite Run on the Original Xbox One?

343 Industries has somehow managed to get Halo Infinite to run across seven different platforms. Notably, this includes the 2013 original Xbox One console. With the release and certification across so many platforms, did Xbox and 343 mail-in an inferior version? Luckily, we dusted off our old Xbox One console just to see how Halo Infinite holds up so you don’t have to.

It should be noted that at the time of writing, Quick Resume is completely broken for both Halo Infinite and the Halo Infinite multiplayer. With that you will notice, just launching the game without Quick Resume is nearly 50% faster. Then nearly a minute is shaved off from continuing the campaign. In total over a minute and a half is removed from turning the console on to hopping back into the campaign. After that, dying in the game feel less punishing by reducing the loading times by nearly half. 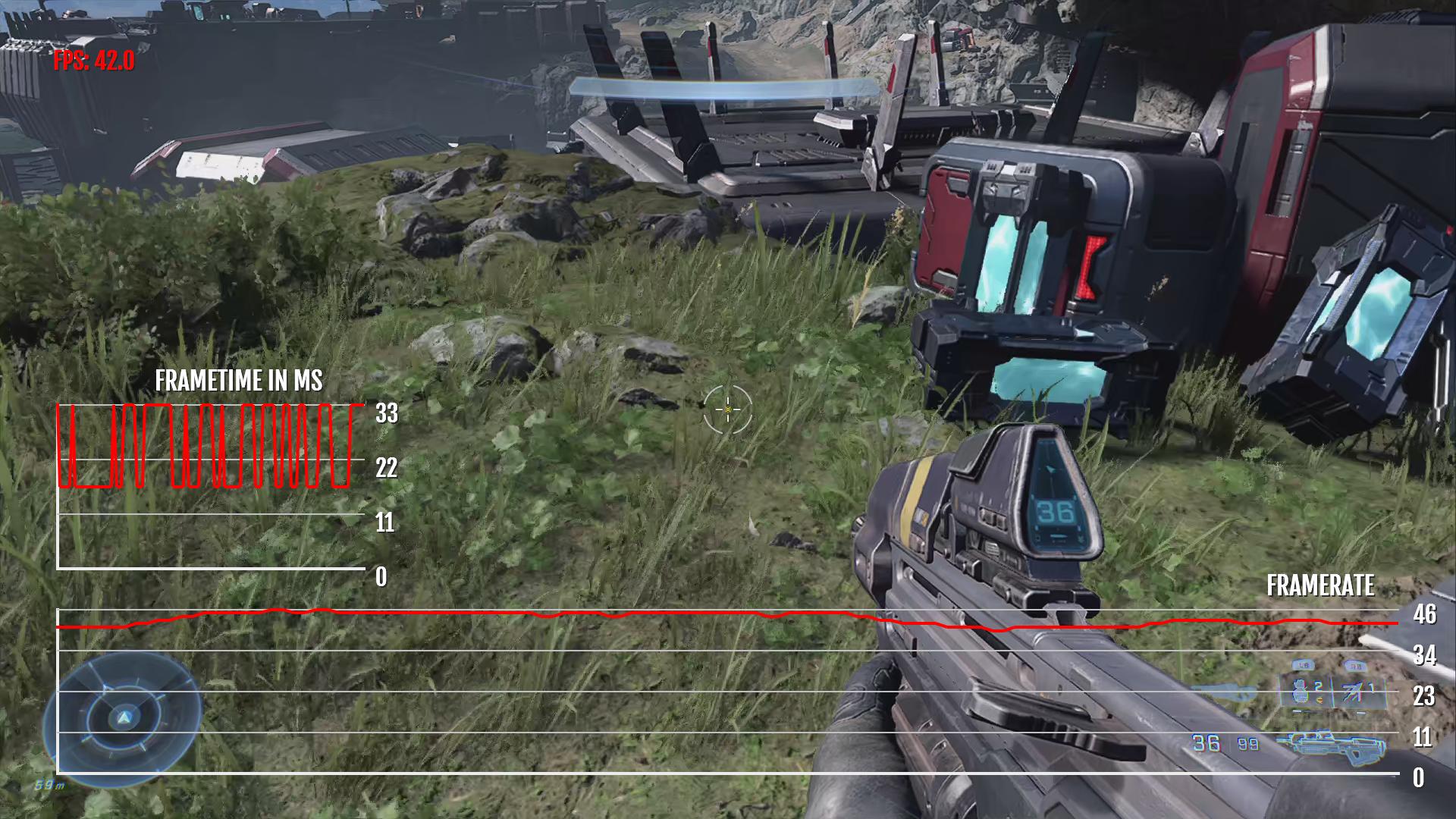 It was important to me to find the magic. How did 343 get Halo Infinite to run on the 8-year-old hardware? The first thing I noticed is a lack of visual quality or performance options in the menu. With the Xbox One, what you get is well… what you get. With that, the game runs somewhere between 45 and 25 frames per second. The frame time was incredibly unstable and varied from moment to moment.

The Xbox One is only tasked with running Halo Infinite at a fraction of its frame rate. In conjunction with running the game at a reduced resolution. In fact, it runs a dynamic resolution. So it is hard to tell moment to moment what the resolution is but it does vary between 900P and 540P.

After greatly reducing the resolution and the frame rate, Halo Infinite still needed another helping hand to run on the Xbox One. The forestation, rocks, and terrain are all downgraded. I would describe the foliage as something from the Xbox 360 era. You will notice on the picture above a great level of detail has been peeled back from Halo Infinite. The same can be said for all enemies across the open world. A great deal of detail has been removed from the enemies, especially the shields.

Does The Xbox One Impact The Game? 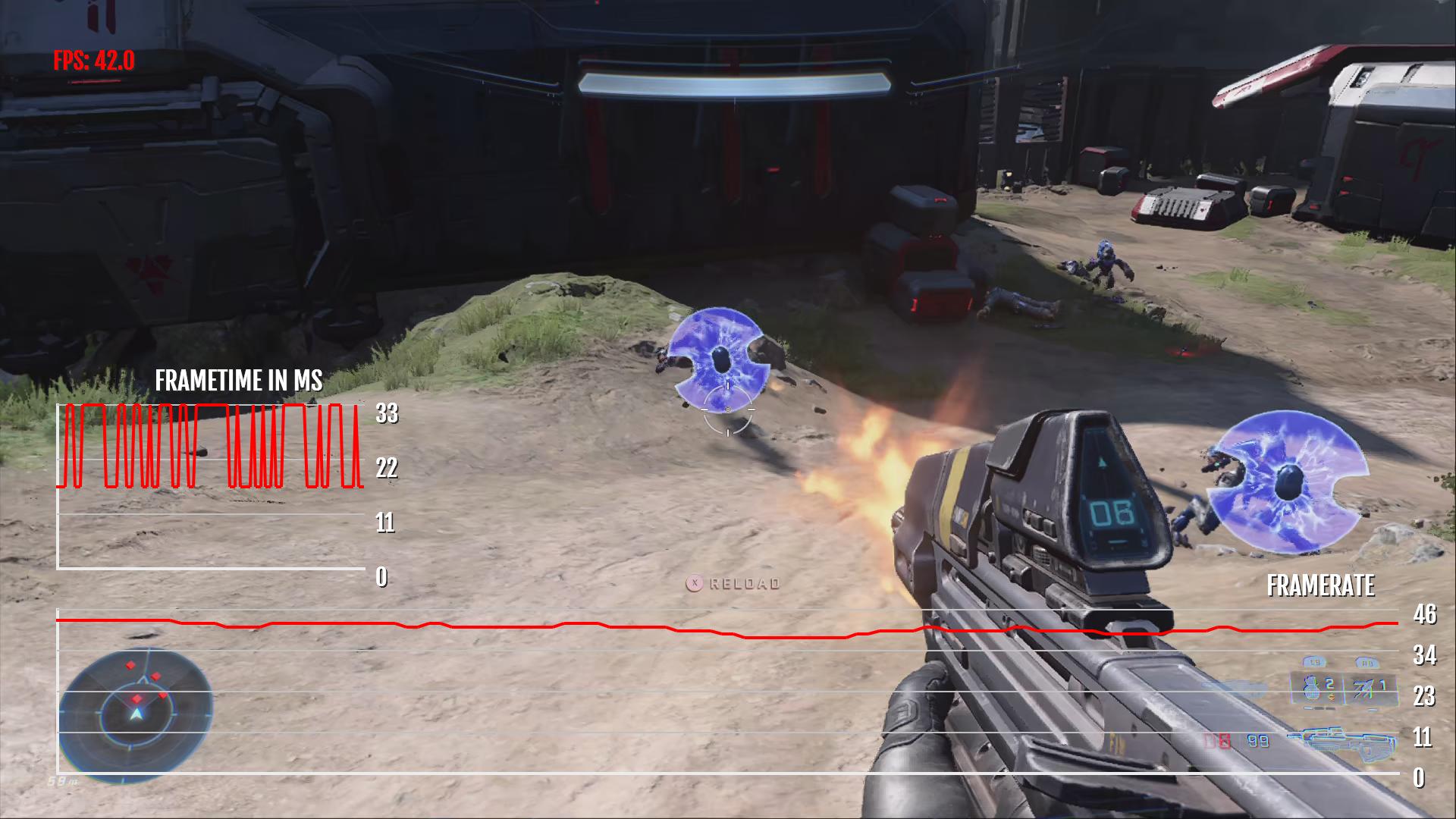 If you are playing Halo Infinite on the Xbox One, you can probably get past the details, load times, and frame rate. While it is a far inferior experience, and of course things like Dolby Vision, Dolby Atmos, and HDR are completely missing. Halo Infinite as a whole is completely intact on the original Xbox One. You can play the entirety of the campaign from start to finish.