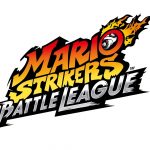 Today February 9th, 2022 Nintendo held a Direct to highlight the upcoming Nintendo Switch games. Among them is the latest info on Nintendo’s soccer game. The Direct brings a new trailer and new details for the upcoming Mario Strikers Battle League.

Mario Strikers: Battle League will launch on the Nintendo Switch on June 6th, 2022. We have included the new gameplay trailer above. MSBL will be the third entry in the Mario Strikers series. This follows Super Mario Strikers on the Gamecube. As well as Mario Strikers Charged on the Wii.

MSBL will support up to eight players on both couch co-op and online. In multiplayer, teams of up to four can play against each other. There is also an online Club Mode. Up to 20 players can create or join a club and compete in leaderboards. This time around Mario Strikers: Battle League will support a customization mode that is similar to Mario Kart 8. Players can customize their look with different gear. With that, each component will change the balance of your character.