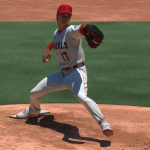 You are reading
MLB The Show 22 Review: Badly Iterative

Even while the MLB’s lockout happened, Sony San Diego was ready to give us virtual baseball. MLB The Show 22, Major League Baseball’s officially licensed baseball video game, still came out on April 6th.

The Show has both good news and bad news for its fans. On the good end, The Show’s formula does not need much change to entice players, Flip it around, though, and it painfully feels like the same game we got last year.

At its Heart, MLB The Show 22 Entertains Baseball Fans

Sony San Diego’s primary goal with their baseball series is to provide a realistically fun simulation of Major League Baseball. On that end, as they have since 2006, they succeeded.

Playing baseball is still enjoyable both from home plate and the pitcher’s mound for newer and skilled players. The game offers varying degrees of complexity when it comes to hitting. At its most basic, batters can time their swing with a button press.

Conversely, players can also use the This helps batters who only aim for specific zones a lot. Where some batting modes just let you pick your swing type, PCI lets you pick where you want to swing.

The anchors give you a bit more control by letting you choose your target area. No more holding your swing zone in place manually, you can automatically set and change it as necessary. For patient hitters who favor a specific zone, this is a very nice addition. 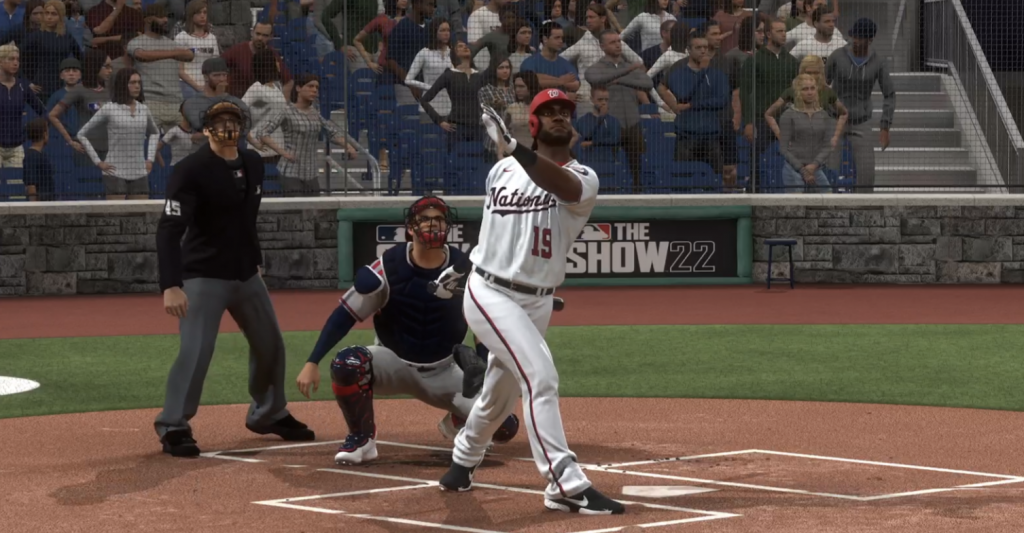 Meanwhile, pitchers have a variety of controls as well. There’s the classic single button press, last year’s Pinpoint Pitching system, the Meter system, and more. Unfortunately, the Pinpoint system still gives mixed results. Unless the player royally screws up the timing and pattern, the pitch still lands in the target area. As cool as it is to place your pitches as such, it feels useless when it doesn’t affect the result.

Another feature The Show kept around is Dynamic Difficulty. In short, the better you play, the harder the game gets, and vice-versa. Regardless of whether a player wants to use Dynamic Difficulty, this fluctuating difficulty is very handy for determining your skill level ceiling.

Every option gives challenging options for skillful players and accessible options for everyone else. Most importantly, easier difficulties still challenge players. Players won’t hit 1.000 on Beginner, but they’ll hit more than Legend. The Show 22 makes an excellent argument about how accessible gaming makes for a better experience.

Something that The Show comes close to optimally handling is its attention to detail. Some areas, like the various baseball cards you get from card packs (either through experience, earned in-game currency, or your own money) nail the attention to detail.

Many player cards feature notable players from decades past. As such, their baseball card design reflects this, using designs from those eras. Vintage baseball cards do not just feel like virtual rectangles that improve your loadout (or in this case, custom team), they feel like historical documents from baseball’s history.

In Road to the Franchise, the create-a-player mode, the attention to sound is impeccable. The game has a long catalog of first and last names it will announce if your player’s name matches on either end. Furthermore, during your player’s games, you can hear calls from the stands and the dugout which use both your name and your team’s name.

Those historical and atmospheric details do not always appear, however. Some modes, like Faces of the Franchise’s Daily Moments, do not commit to the finer historical details. Daily Moments ask you to recreate a notable or iconic moment in baseball history, but they randomly generate stats for the shorter Moments.

Where the real-world player may have been 0/3 on the night until that moment, the game may say they’ve hit a couple of dingers already. What’s the point of playing the moment if the game simulated the exact scenario you’re trying to recreate?

Some Moments are a full game, so those are excluded from this criticism given the entire game is recreated then. However, when the moment is one plate appearance or one inning, it feels pointless if the game already simulated that moment already happening.

Packs of baseball cards act as loot boxes but are not prey to the ridiculous odds you find in most loot box systems. Here, you have a decent chance to get a rare card in a normal pack. Beyond that, there are more expensive packs that guarantee a better than usual card.

Baseball cards can get added to card collections that reward extra coins when you complete the set. Sets play an integral part in real-world card collecting and therefore do here as well. Complete sets nicely augment The Show’s collecting design.

The rewards don’t stop there. The Face of the Franchise mode also has a progression system that accrues experience while you play any mode in the game. Each level requires a lot of experience points, but only one level doesn’t reward a baseball pack of some sort.

Several games as a service take heat for their Battle Pass’s lack of actual rewards. Some also have horrible odds of getting optimal rewards from loot boxes, forcing the player to pay an exorbitant amount. MLB The Show ensures players get some reward (even if it’s cosmetic) from both.

Sony San Diego also does not price gouge packs for special events either. While paying for packs always provides a competitive advantage, The Show does not force you to pay to win to be competitive.

Product Placement is Obscene in The Show

Product placement in an officially licensed sports game is inevitable. However, The Show goes abnormally far with its product placement as means of decking out your player. 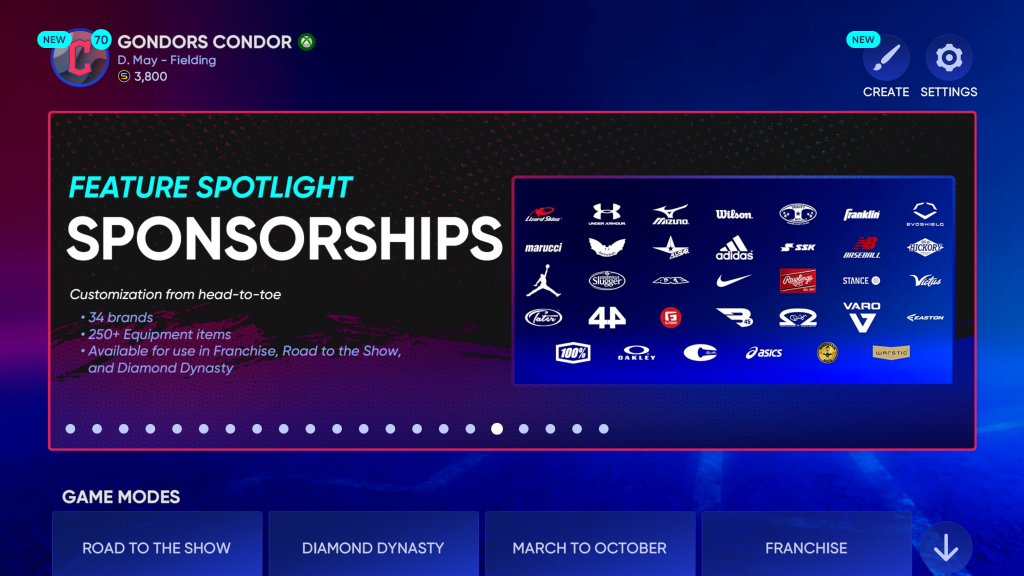 When you create a player, you can equip everything from new baseball bats, gloves, shin guards, and even sunglasses. These all unlock from the cards you get from packs. More grotesquely, they are all officially licensed baseball equipment.

What’s supposed to be a baseball player’s “armor loadout” is nothing more than hyper-specific product placement. Frankly, at times it feels like online shopping on a sports retailer’s webpage more than it feels like playing a video game.

This is not to excuse other officially licensed sports games’ product placement; they do exist elsewhere. That said, their product placement is not so itemized as to seem like a shopping catalog.

MLB The Show 22 reminds me of a work process in software development called Agile. Developers keep iterating on the same product to continually improve upon the design. This works when you have a product owner who wants to see something before the final release.

Agile does not translate to annual releases of video games. Much like Call of Duty and other sports video games, The Show’s annual release cycle leads to minimal updates. While the new release may still be a good game to play, there is little point to buying it if you bought last year’s version.

There are some good updates to the gameplay and atmosphere. However, unless you want to play the game on a new system, there’s not enough to justify purchasing it.

Writer’s Note: MLB The Show 22 was played on Xbox Series X for this review. We will have more info on other platform releases and cross progression coming soon.