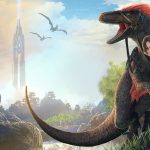 You are reading
Ark: Survival Evolved Is Currently Free On Steam

As a PC gamer sometimes it is hard to keep track of all the games that are constantly being given away across the many different storefronts. From random deep sales on Steam to the Epic Games Store monthly freebies, it is easy to lose track. Sometimes games get listed for free with no announcement and you will miss them unless you see it across social media or checking the store. Ark: Survival Evolved is one such game that is doing this currently.

Today, after the reveal of Ark 2 during the Xbox Games Showcase, the original game became listed for 100% off on Steam. Originally released in 2017, Ark: Survival Evolved combined intense PVP action with hardcore survival elements. With a progressing technology tree that can take players from being simple cavemen to using high-tech machine guns and more. As well as a wide variety of dinosaurs that you can tame and ride to defeat your foes. You can download and claim the game for free by heading to the Steam store page here. Then you can begin your dino hunting adventure and begin killing other players now. To prepare for Ark 2 which is set to release across PC, and Xbox in 2023. 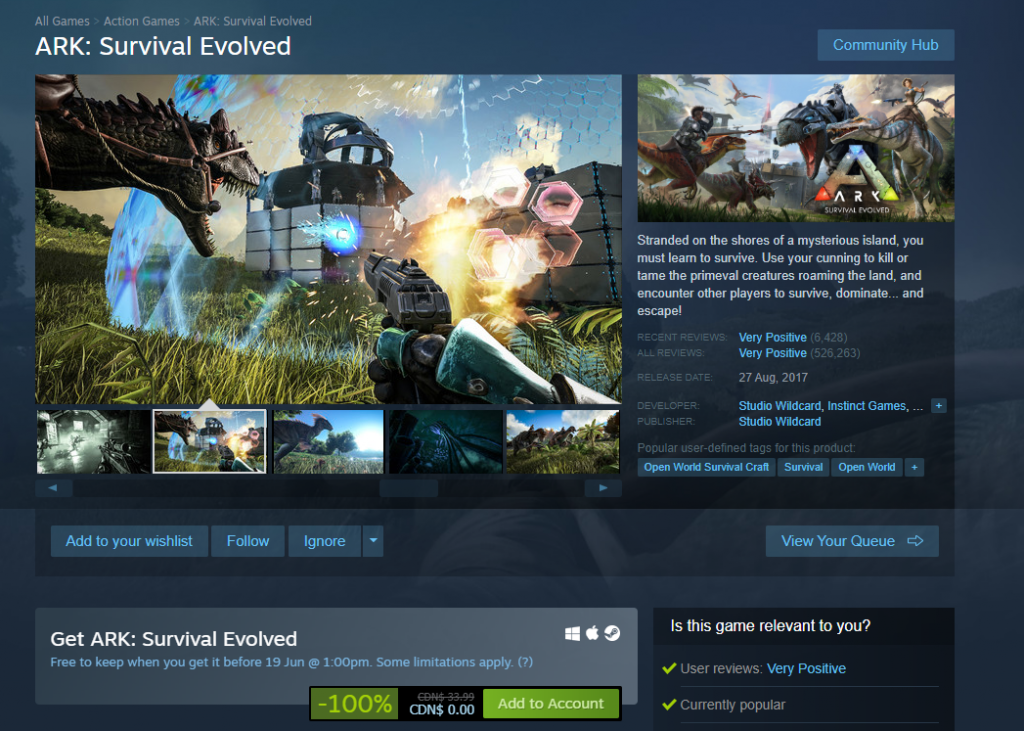 Here is a brief description of the game from the Steam store page:

As a man or woman stranded naked, freezing, and starving on the shores of a mysterious island called ARK, you must hunt, harvest resources, craft items, grow crops, research technologies, and build shelters to withstand the elements. Use your cunning and resources to kill or tame & breed the leviathan dinosaurs and other primeval creatures roaming the land, and team up with or prey on hundreds of other players to survive, dominate… and escape!

Will you be downloading Ark: Survival Evolved on PC? Let us know in the comments and don’t forget to check back for the latest gaming news and information.