You are reading
State of Play June 2022: Horizon Call of the Mountain

Today June 2nd, 2022 Sony held a State of Play presentation focused on third-party published titles. Along with some quick looks at upcoming PS VR2 games. The live-streamed digital broadcast is part of this summer’s, Summer Game Fest. With that, we got a fresh look at upcoming titles including Horizon Call of the Mountain.

The upcoming PS VR2 exclusive set in the Horizon universe is being developed by the newly owned Sony studio Firesprite. The creators of The Persistence and Playroom. 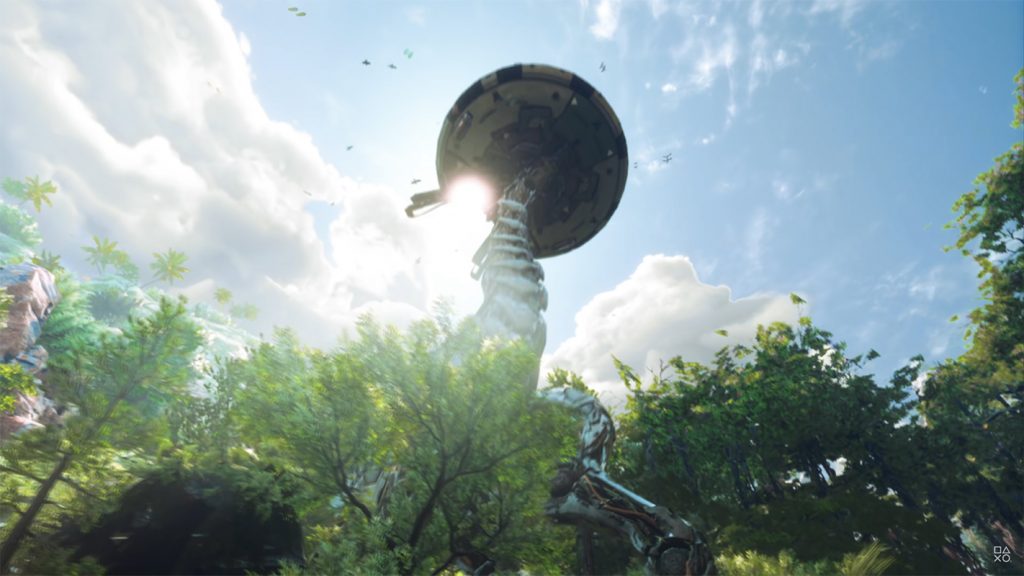 The main character is tasked with learning why the Machines are attacking humans. These attacks seem to start from the eponymous mountain featured in-game. Gameplay shown included zip lining with your pickaxe and fighting with a crossbow. Horizon: Call of the Mountain did not get a release date included yet it is safe to assume it is one of the 20 launch window titles coming to PS VR2.

With this second trailer, it seems like this will be Sony’s attempt at creating a Half-Life: Alyx game in scope for VR. Firesprite has been able to take enemies, weapons, and environments from previous Horizon games and delivery them in a liner level design experience fit for VR.