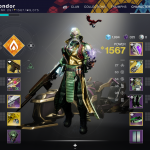 You are reading
Solar 3.0 Sunbracers Build for Warlocks in Destiny 2

First, we got Void 3.0, now we get Solar 3.0. Destiny‘s fire-based now really gets to make chaotic builds. Bungie promised reworks of each Light-Subclass which started with Void 3.0. Now, it’s Solar’s turn.

While we’re just a week into Season of the Haunted, some powerful, spammy builds have been discovered. One, in particular, revolves around two old exotics: the Monte Carlo exotic Auto Rifle, and the Sunbracers Warlock Gauntlets. Throw in some grenades and a snap,  expect to burn Sol to a crisp.

Here’s what you need at the very least for this build. Weapons and armor first, Solar Subclass pieces second: 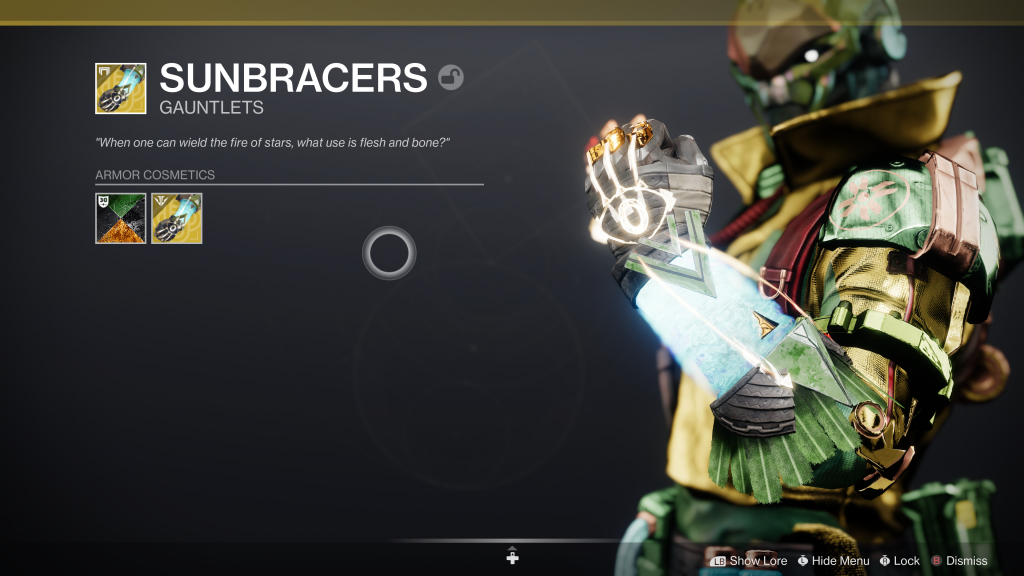 You need the Sunbracers for this build to work. It lets Solar grenades burn longer and gives you unlimited grenades for five seconds after a Solar Melee Ability kill. These sit as the centerpiece of this build.

Given their brief moments of unlimited grenades, don’t use any Discipline boosting mods on your other armor pieces. Why waste mods on something you can more easily and quickly get without them. I personally prioritize Intellect to build my super, but apparently, Resilience got a massive boost this season. 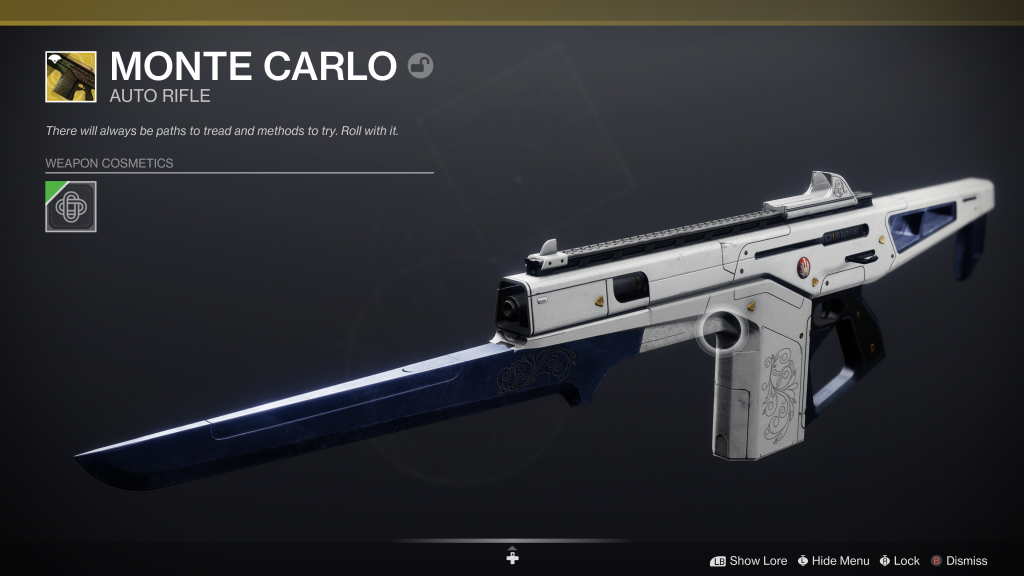 This build doesn’t require too many pieces, albeit they are both rare drops. Nevertheless, now that you have the continuous armor cycle built, let’s talk about how Solar 3.0 supports this.

Quick point of order before delving into this section: if your subclass menu shows anything below as locked, talk to Ikora in the tower. For hefty Glimmer prices (at most 25,000), you can buy the missing pieces. Anyway:

Warlocks have three Solar Aspects: Heat Rises, Touch of Flame, and Icarus Dash.  You can only use two at once, so one of those slots needs to go to Touch of Flame. Touch of Flame enhances four possible grenade options. See below for the specifics: 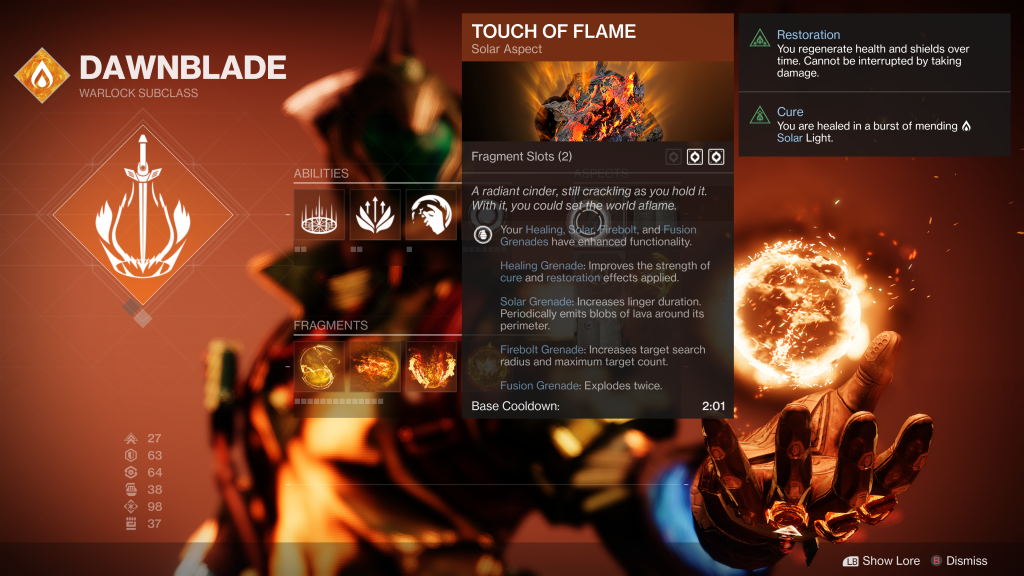 Regardless, the final piece on this build is on that grenade list. 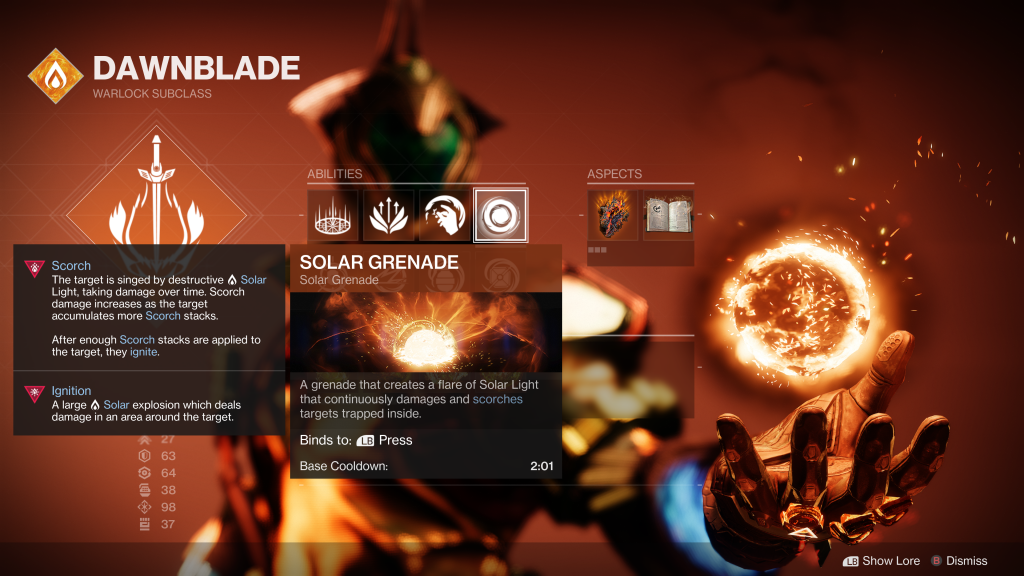 In short, the Solar Grenade acts as a miniature sun where it lands. These grenades get two bonuses: longer duration, and spouting lava blobs. The blobs don’t linger, but they still do damage to those they hit.

Go Play with Fire (in Destiny)

This is one of the best crowd-control builds I’ve ever used in Destiny. The Monte Carlo ensures your Melee Ability is quickly recharged and that Ability triggers the Sunbracers. The Sunbracers give you five seconds of unlimited grenades, and the Touch of Flame/Solar Grenade combo makes them volcanic suns.

It is madness, good madness. Burn your enemies down with this build and Containment will be a cakewalk.