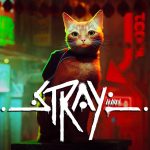 You are reading
Stray Review – An Impurrfect Adventure

Stray is a third-person, exploration-based adventure game developed by BlueTwelve Studio for PlayStation 4, PlayStation 5, and PC. It tells the story of a cat separated from its pack after falling into a walled city inhabited by robots. As the cat, you traverse the city to uncover its mysteries along with a small robot companion. Stray is a meditative and visually beautiful experience that is fun to play and explore. Yet, it falls short with some restrictive gameplay and an unfinished story.

Stray’s Story And Characters – Looking For A Way Out 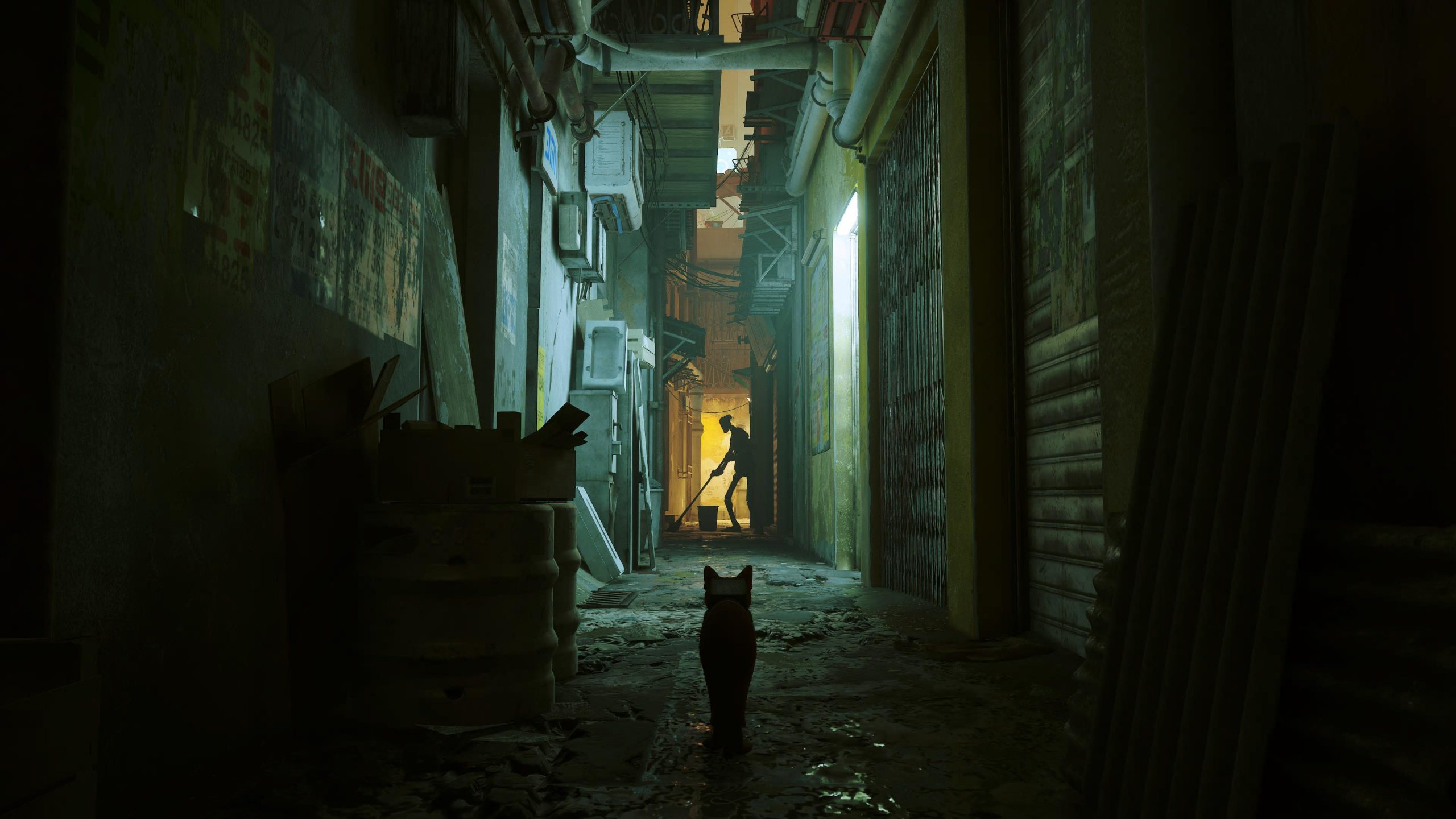 Stray’s story entertains and engages with five to six hours of playtime over 12 chapters. Upon becoming lost in a cyberpunk-like city, you find and awaken your robot companion, B-12. The goal is simple – find a way out and reach the surface. However, the Zurks – mutated creatures ravaging desolate parts of the slums – provide an imposing obstacle preventing you from leaving.

As you and B-12 travel across the slums, you come to realize other conscious robots inhabit them. While many quirky, human-like robots live throughout different parts of the city, only a few truly stand out to aid your quest in reaching the surface. These four others are known as the Outsiders, and they share the same goal as you.

The robots’ dialogue is witty, endearing, and humorous. Conversations are short and do not overstay their welcome. They are also emotive, expressive, and have well-realized personality traits. However, B-12 stands out the most, with its curiosity and hopefulness driving the story forward.

The story was almost satisfying. Solid characters, writing, and beautiful environments provided a compelling tale of companionship and survival. But, the ending sold itself short. After a well-executed climax, an abrupt resolution results, which could have benefited from at least one more chapter. 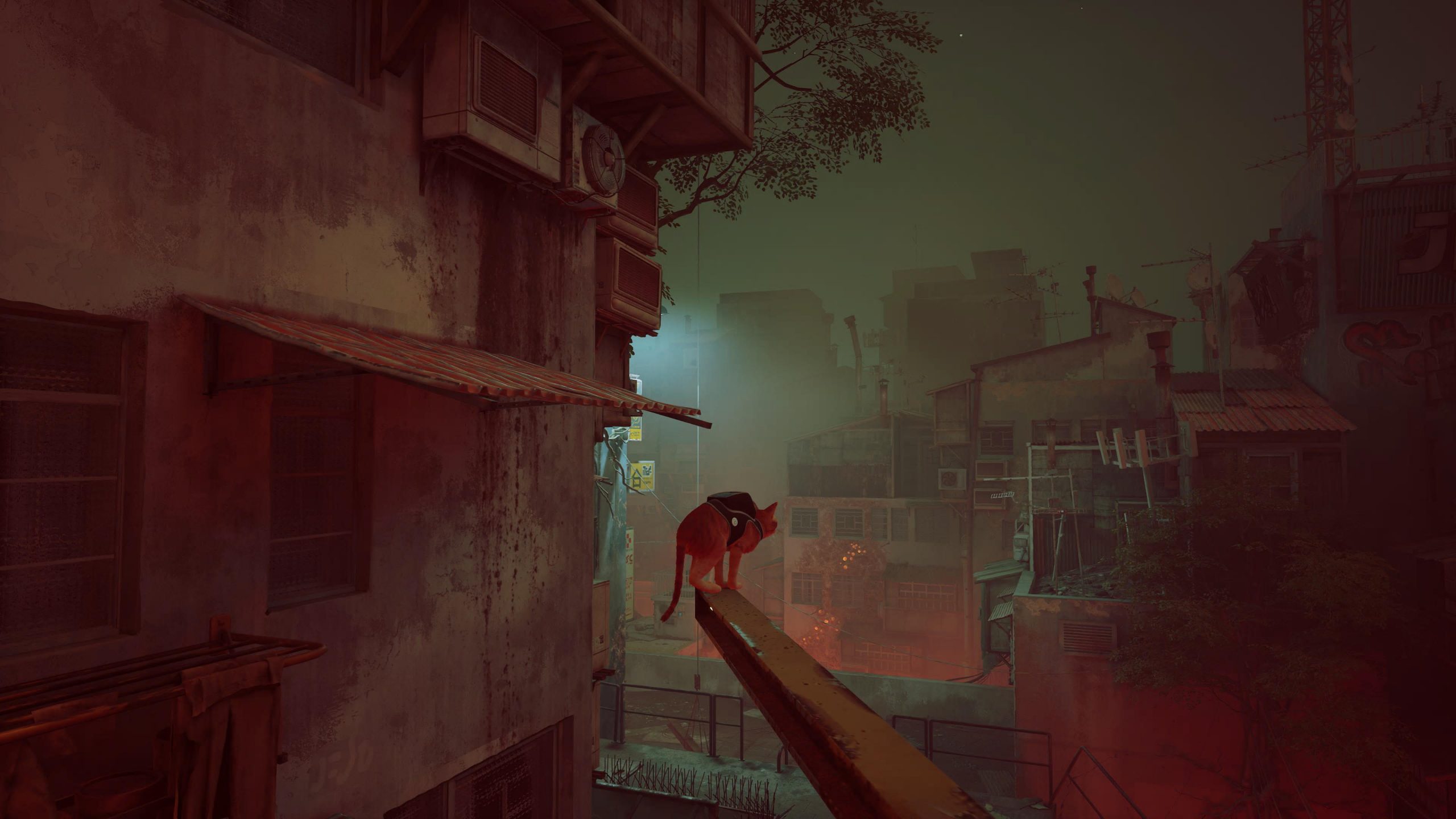 Stray’s gameplay is straightforward with traversal and exploration at the forefront. As a cat, you can jump on small platforms and walk or sprint to points of interest. The DualSense’s haptic feedback when leaping from air conditioning units to rooftops and pipes is a nice addition. Although, you cannot jump on everything. Unfortunately, traversal is restricted through simple face button prompts to reach platforms. This makes you feel a lack of control over the cat while making the gameplay feel stuttered at times. It would have been nice to have complete control over the traversal instead of simply pressing ‘x’ to reach the next ledge. More consequential gameplay like fall damage or missed jumps also would have been welcome.

The game’s main quest is delightful, integrating the best of traversal and puzzle solving into the main story. Simple, optional side quests to retrieve collectibles and “memories” are also worth experiencing more robot interactions and side stories. Also, considering the city is so dense, it is worth spending extra time looking around to see each room and alley that tells a story. Unfortunately, however, it is easy to get lost in open areas. Having a map would have alleviated this problem and saved a fair bit of time navigating the world. 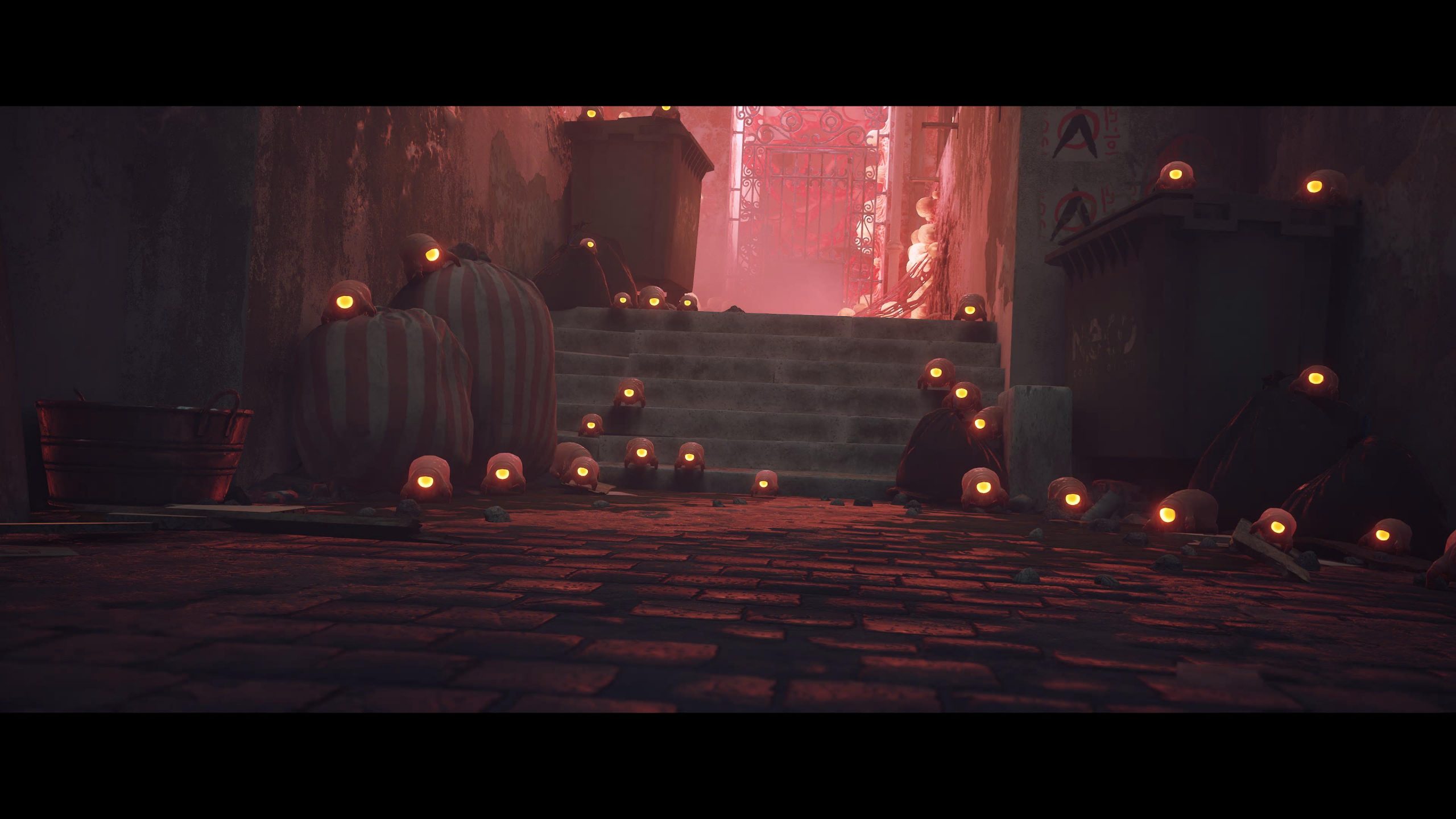 Environmental puzzles break up the traversal and conversation in Stray. None of them felt too difficult or drawn out and was a nice addition to the exploration. They usually involve manipulating objects to power a switch, unlocking a door, revealing hidden passageways, or decrypting messages. Also, the impressive physics engine in tandem with each puzzle made them feel unique and satisfying to complete. This was especially true when manipulating and knocking over objects.

Stealth sections consisted of fending off security drones and Zurks, which were genuine threats. If you are not able to avoid detection or eliminate them quickly, then death awaits. These parts made the game feel more consequential and exhilarating – a nice change of pace from the more calming sections of exploration. However, they felt more like a back seat, only being in a few chapters of the game. More optional areas to explore with enemies in other chapters would have provided some needed variety. 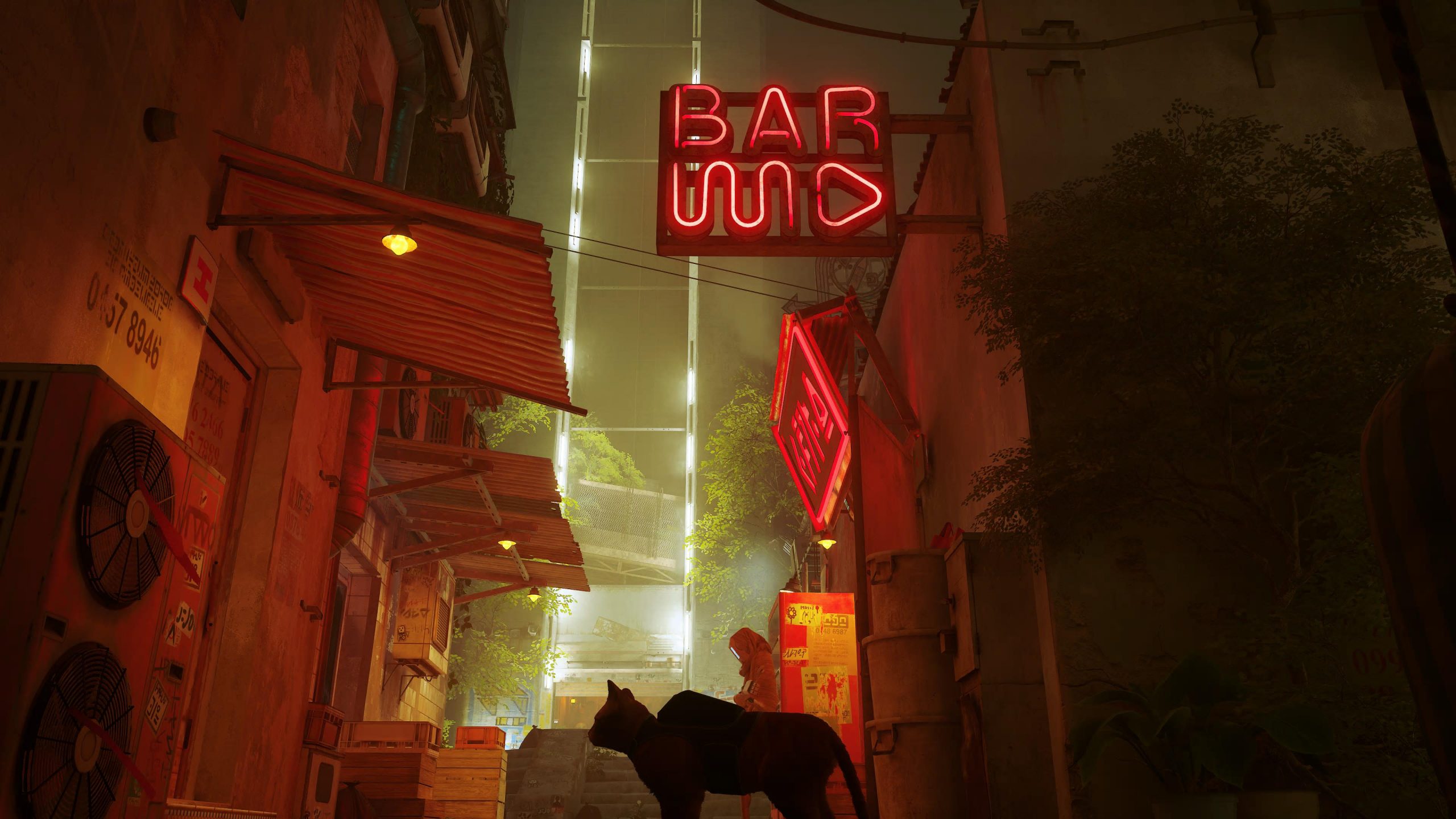 Stray has some of the best art direction in any game this year. The city drips with bright neon lights, juxtaposed by grime and waste-covered alleyways. Playing in 4K and HDR is an absolute sight to behold and takes advantage of the color and texture on display.

Environments are rich, and character design is top-notch. Each robot you encounter has a unique look, with different types of clothing and distinctive paint jobs. Every discoverable room is full of messiness, intrigue, and material belongings. Streets are flooded with wasted trinkets, trash, and dirt.

Stray also wants you to be patient and take in the scenery. Every inch of the city begs to be looked at. It is too bad a photo mode is not in the game, since it would make for some great screenshots. Either way, Stray is a visually stunning experience. 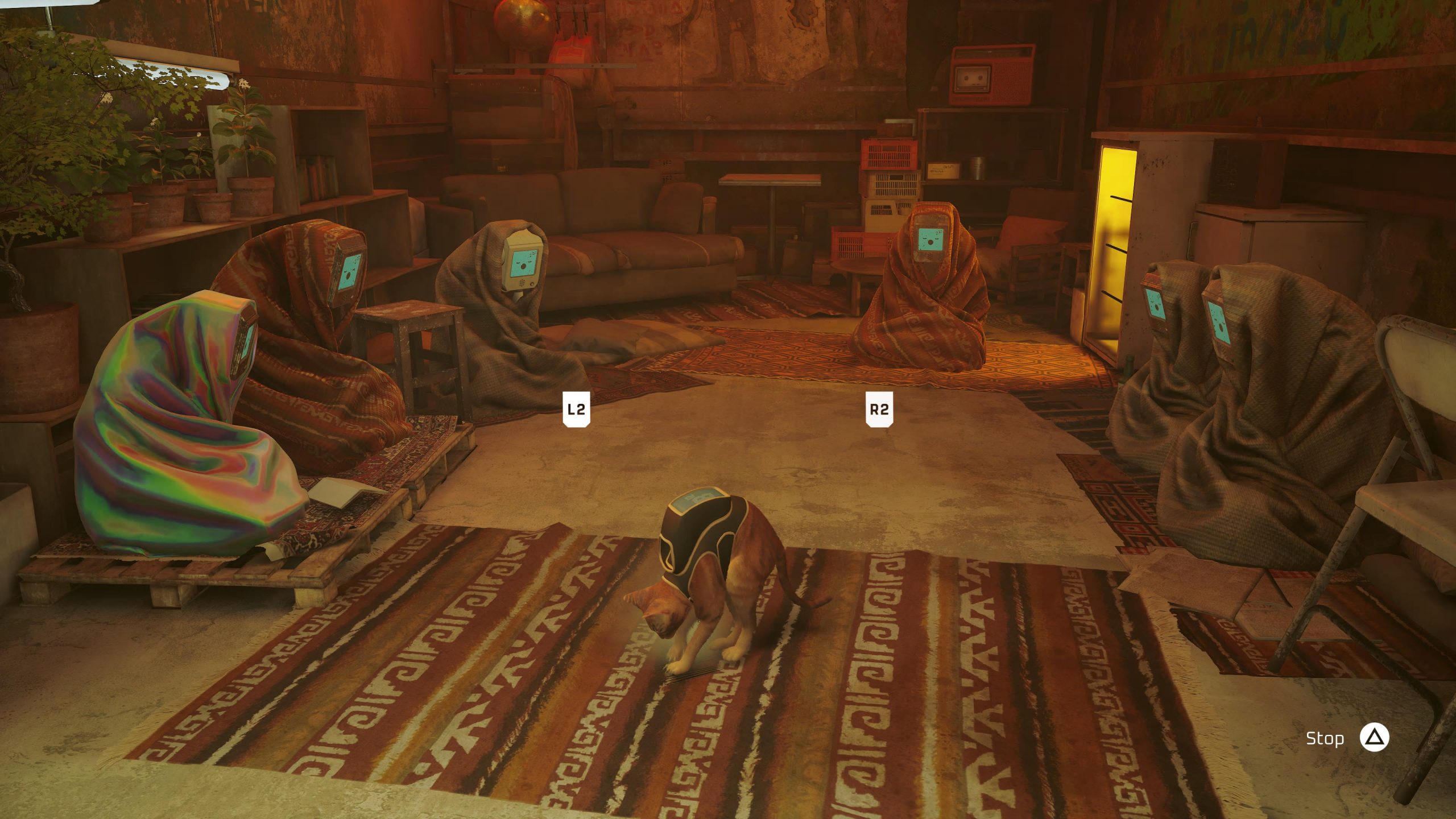 Stray has an effective yet meditative sound design. The sound of each paw step varies depending on the surface material. Robots’ voices are loud and pixelated yet charming. Every bottle, can of paint, or book knocked off every shelf sounds realistic. Zurks’ high-pitched squeals are alarming but oddly cute. BlueTwelve Studio’s sound design is excellent and well-utilized in every aspect.

The soundtrack was equally effective. Its low-fi elements bring a sense of calmness to the darkness and desperation of the city. Higher tension moments use more thrilling beats, but they never feel distracting. The soundtrack was as much a character as any other in the game. 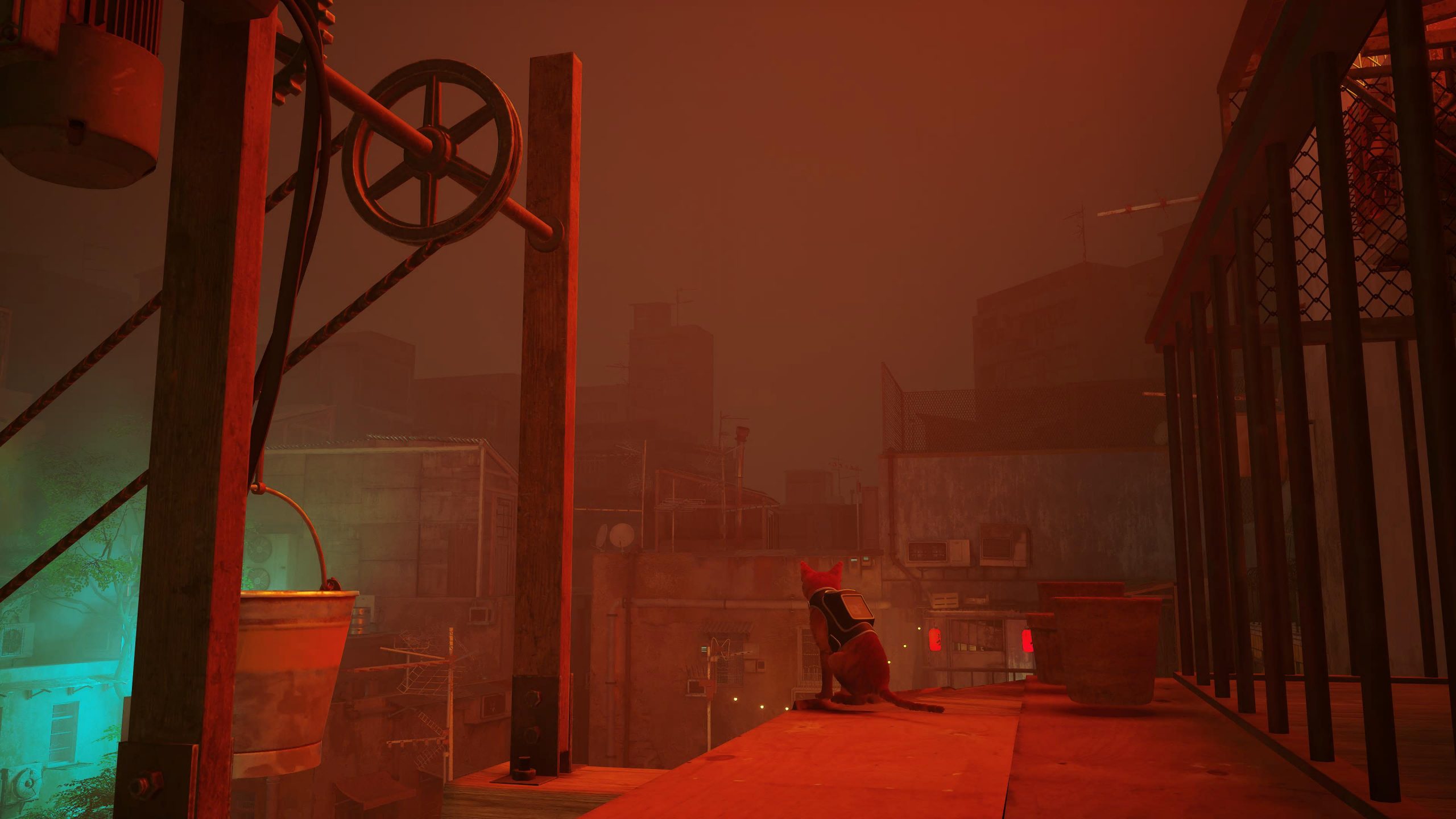 Stray runs almost flawless at a native 4K resolution and 60 frames per second on PS5. The draw distance is stellar, and textures have fine detail. Moments of frame stuttering in dense scenes happen, although few and far between. I also did not have any glitches or game-breaking bugs during my play-through, which was nice.

But, the most noticeable flaw was the awkward camera angles. The camera shifts behind walls and objects, blocking your perspective when crawling around tight spaces and platforming. Although a minor annoyance, it was noticeable enough to be distracting.

Stray is a beautiful platforming adventure with a meaningful story. The characters, environments, exploration, and soundtrack make this game truly stand out, even if the ending leaves more to be desired. Restrictive gameplay keeps Stray from reaching its true potential, but BlueTwelve Studio’s ambition shines through its gorgeous art direction and engaging exploration. Stray is an unforgettable experience and is one of PS5’s best independent titles.

The game is out now on PlayStation 4, PlayStation 5, and PC. It’s also playable at no cost if you’re a PS+ Extra subscriber. Have you played it yet? If so, let us know your thoughts in the comments below (no spoilers, please!). For more reviews on the latest releases, keep it right here at Lords of Gaming.

8.5
A Great Game With A Few Shortcomings