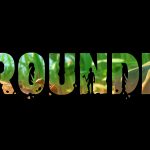 In a tweet that marked the two-year anniversary of Grounded’s early access release, Game Director Adam Brenneke made a few significant announcements about the game. The most prominent update by far was the date of Grounded’s full release: September 27th.

After sharing the team’s excitement, Brenneke gave players a small taste of what they can expect in Grounded 1.0. He told fans that the full release will “have the full story. We’ll have a lot of surprises, a lot of mysteries. You’ll fully uncover why you’re in the backyard and how you’re going to get out of this mess.”

Brenneke also announced that the final early access update for Grounded begins flighting today. This update will feature the pet gnat, a “huge revision” to the weapon and armor systems, and a new building called the cookery. He also teased a secret feature called “the home stretch,” which Obsidian will share more about in the coming weeks.

Released in early access on July 28th, 2020, Grounded was initially developed by a team of thirteen over two years. The game quickly found an audience, attracting 1 million players in its first 48 hours. By February 2022, that number had ballooned to a highly impressive 10 million.

With the full release scheduled to land in just a few months, time will tell if this game about minuscule teens continues its massive success.