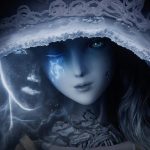 Acquisitions have become a major part of the gaming news cycle. Whether it is rumors of a studio being bought by a publisher, or official announcements of acquisitions. There has been a massive shift within the gaming industry to not only focus on the content but also on who owns that content. While plenty of rumors have flown around about the acquisition of Dark Souls creators From Software on forums for years. It appears that a total buyout may not be the future for the studio as two very different company’s have just increased their shares.

Today, as originally reported by Gematsu Tencent and Sony now own just over 30 percent of Japanese developers From Software. This is due to an increase in their owned shares through a third-party allotment process. Tencent the Chinese publishing mega-house now owns 16.25 percent of the company, while Sony Interactive will own 14.09 percent. This makes for a total of 30.34 percent of From Software split between Tencent and Sony Interactive. Kadokawa Corporation, which is a massive Japanese media conglomerate still owns 69.66 percent of the shares of the studio.

What does this mean for the future of the studio? Likely business as usual, as after the success of Elden Ring it is unlikely that either of these 3 companies will want to influence the successful path that the studio is on. Though with both Sony and Tencent gaining more shares within the company, an outright acquisition of the studio seems more and more unlikely in the future. However, as we have learned over the past few years about acquisitions, is that you can never truly say never.

What do you think of this news? Let us know in the comments and don’t forget to check back for the latest gaming news and information.