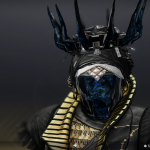 Destiny armor builds, like many games, succeed on synergy. While last season gave Warlocks a powerful build, that took a combination of an Exotic armor piece, an exotic weapon, and Solar 3.0’s new additions. Similarly, Arc 3.0 helps capitalize on pre-existing Exotics and gives a missing piece nobody realized was missing.

So when the Season of Plunder started last week, Arc builds became much stronger, one of which we’d like to share with you. This one has some finer details to know about, as it needs Arc mods to realize its potential. 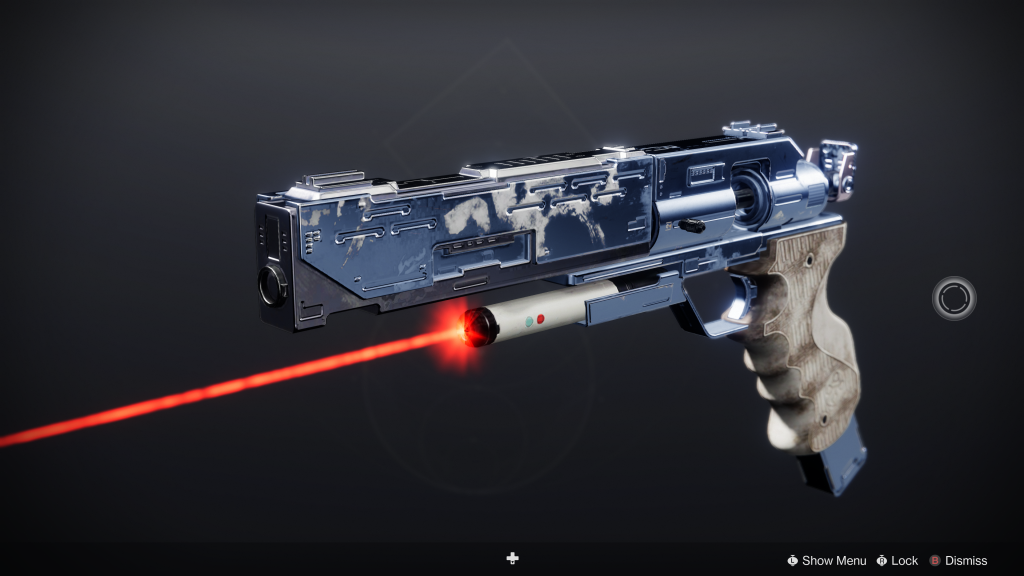 This is a solid option for this build, as we’ll talk about later in this guide. Bungie 2022

Warlocks rejoice, expect to be a continual third rail with this:

For readers who don’t regularly play Destiny, armor has some rules to keep in mind. Players get one Exotic armor piece equipped at a time, and individual armor pieces have subclasses. These subclasses match the main subclasses Guardians choose from, affecting what mods you can equip. For the purposes of this build, you need all Arc armor pieces and an Arc-based Exotic piece, the Crown of Tempests.

Most Warlock Arc builds feature a shiny crown. Crown of Tempests is the fastest way to recharge your Arc skills and is a must for any Arc ability-driven build. Since you get only one Exotic per side (Armor vs Weapons), Crown of Tempests always deserves strong consideration.

Charged with Light (CWL) mods are special mods that grant great boons as long as the Guardian has earned them. Check the link for more details, but just know every armor piece should have one for this build. Each of them has secondary perks which activate when either another Arc mod is socketed into that piece of armor, or another piece of equipped armor has an Arc CWL mod added.

Swift Charge: “Become CWL by rapidly defeating combatants with Pulse Rifles, Sidearms, or Submachine Guns. Secondary perk: Defeating combatants with a Pulse Rifle grants a chance to drop Special ammo for your allies.” This will mesh directly with the mentioned Exotic weapons mentioned below. While Pulse Rifles aren’t vital to this build, you might as well take advantage of the extra Special Ammo for your fireteam. Plus, a Pulse Rifle serves well as a medium to long-distance option for the later weapons mentioned.

Powerful Friends: “When you become CWL, nearby allies also become CWL, if they are not already. Secondary perk: +20 Mobility” First, this makes you a good teammate, making sure your fireteam gets and stays CWL. More importantly, it boosts your speed by an automatic two levels. That will pair directly with something new from Arc 3.0.

Radiant Light: “Casting your Super causes nearby allies to become CWL. Secondary perk: +20 Strength.” Like Powerful Friends, Radiant Light gets your fireteam boosted and gives you two levels in another stat. Like Mobility, Strength will be very handy for this build, as you’ll see when we get to the Arc 3.0 Subclass pieces.

Heavy Handed: “While CWL, regain half of your melee energy when you use a charged melee ability, consuming one stack of CWL.” Last, but not least, Heavy Handed makes sure your melee abilities are continually loaded. Once you’ve activated Swift Charge, you can use your melee and automatically get half of it back.

Thanks to this season’s and last season’s Exotic weapons, Warlocks have some options to roll with. Whichever one of these you pick should guide how you fill out the remaining mod slots in your armor set. 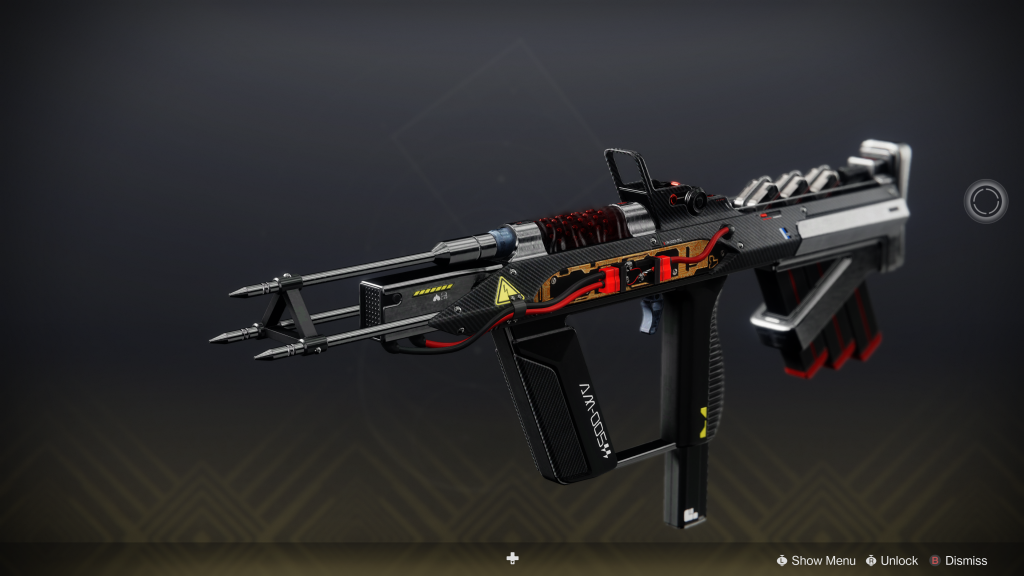 This is a go to option for any Arc build.

Trespasser: Its Unrepentant trait gives the sidearm a superburst of Arc damage when you reload immediately after a kill. Further, its accompanying Weapon Perk, Be the Danger, keeps Unrepentant going until you don’t get a final blow with it. This is excellent for close-quarters combat, which this build relies on.

Riskrunner: Like Trespasser, Riskrunner is great for close-quarters, but it’s even better for crowd control thanks to its trait, Arc Conductor. When the Guardian wielding this submachine gun takes Arc damage, Riskrunner bullets cause Arc damage to jump from enemy to enemy while also continually reloading the gun.

Both options activate Swift Charge and an Arc 3.0 ability, Amplified. Even though one of this season’s new Exotics, Thunderlord, has great uses as well, it doesn’t synergize with the rest of the class the way the above two do. 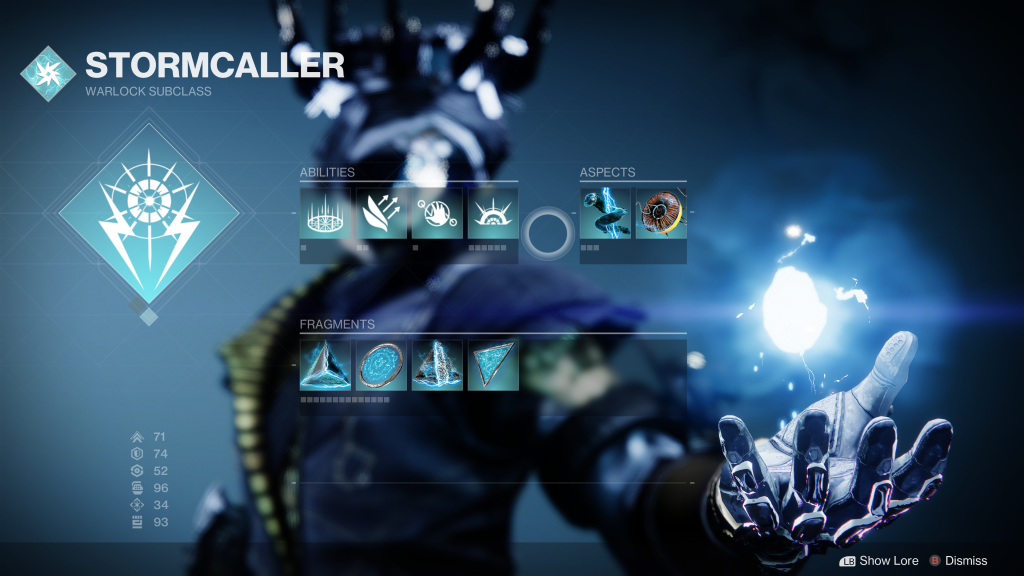 Here’s why this build had to wait until now: the finishing touches weren’t available. Something entirely new with Arc 3.0 is “Amplified.” A Guardian becomes Amplified by quickly beating opponents with Arc Damage. When amped up, their movement speed and weapon handling wildly bump up, and sprinting adds an additional speed boost, albeit not immediately.

We’ll start with the Aspects and move onto the Fragments. Aspects are Subclass 3.0 abilities that have a main feature and provide Fragment slots. You get two out of three available options. That said, there’s only one you need for this build, and that is Lightning Surge.

Lightning Surge gives you a new melee feature for when you are sliding. When a Guardian melee’s as they’re sliding, they’ll blink ahead, and call down multiple lightning strikes, jolting any enemies in the surrounding five feet or so. Jolted enemies continue to take damage and chain lightning to other targets.

If you’ve been reading between the lines so far, then you probably already realized that Lightning Surge is the key element to this build. Where everything else boosts your ability recharge rate or sets up easy rapid Arc kills, this takes advantage of all of that with a powerful new melee ability.

Now to finish augmenting Lightning Surge, take a look at the Fragments to go with it.

In-game menus liken Fragments to perks that use the slots Aspects create. At most, you get four, but we’re just going to touch on the most important ones here.

For any missing Fragments below, go to Ikora in the Tower to purchase them for 25,000 Glimmer. You’ll have to immediately meditate on them a few steps right of her, but then you’ll be able to use them.

Spark of Frequency: Melee hits (not final blows, hits) jack up your reload speed for a short time. This is wildly helpful even when not facing a full wave and just one foe.

Amplitude: While Amplified, rapid kills turn into Orbs of Power (which gives you small chunks of Super Energy). As a side note, the Absolution armor mod expands what Orbs regenerate to all abilities, not just Supers.

This Warlock Arc Build is a Closed Circuit

Blink turns this outline into a cycle: start with rapid Arc ability kills (namely Lightning Surge), keep getting Arc weapon kills to grant CWL stacks, use Heavy Handed to expend the CWL stacks, quickly refill your abilities, rinse, lather, and repeat. With the Crown of Tempests resting on your head, these abilities recharge even faster beyond the stats you’ve pumped into the build.

Follow this guide, and go get as close Bungie will let you to living out your dreams of Electro.