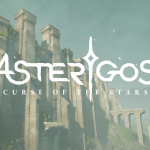 You are reading
Asterigos: Curse of the Stars Impressions

Asterigos: Curse of the Stars is a third-person action-adventure game developed by Acme Gamestudio. A unique game with some very impressive aspects but to it, but none of the pros could keep me playing due to some of its cons.

I would like to put a disclaimer here to state: I only have eight hours in this game. But I don’t have the desire to continue playing it. I think it is very stylish and has some genuinely impressive aspects to it. However, the game itself drove me off with its confusing level design. 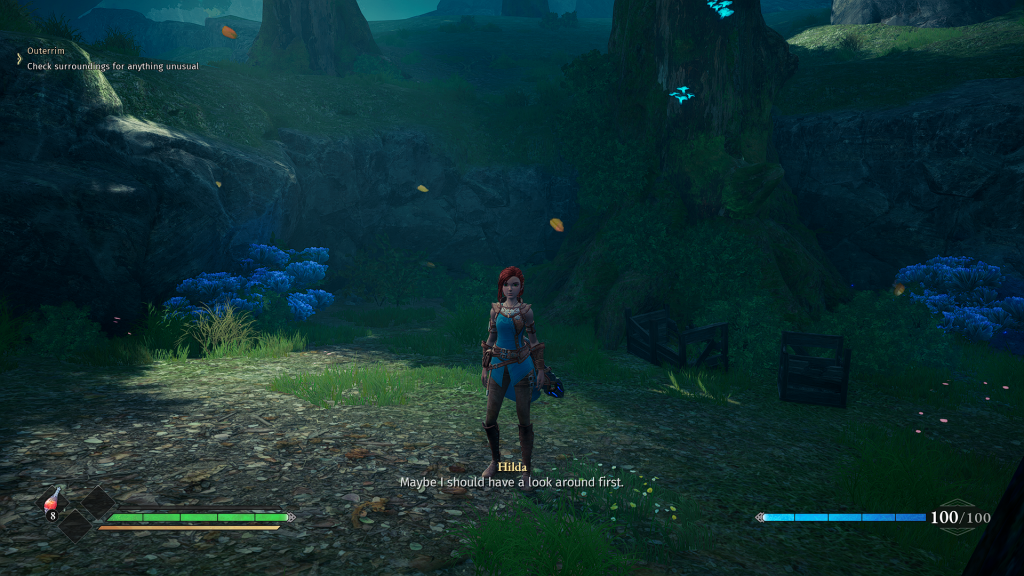 Asterigos does have some great aspects to it. But it just remarkably does these aspects that I love a disservice with its aforementioned frustrating level design.

A Basic, yet Charismatic Journey

In Asterigos: Curse of the Stars you play as Hilda. A young warrior separated from her legion. Lost and alone going up against strange creatures while searching for her family. As she progresses into the giant city of Arges, she gets recruited by a group of three leaders headed by a woman named Minerva. Who promises her that she can help Hilda find her father by infiltrating parts of the city and retrieving stuff for her. 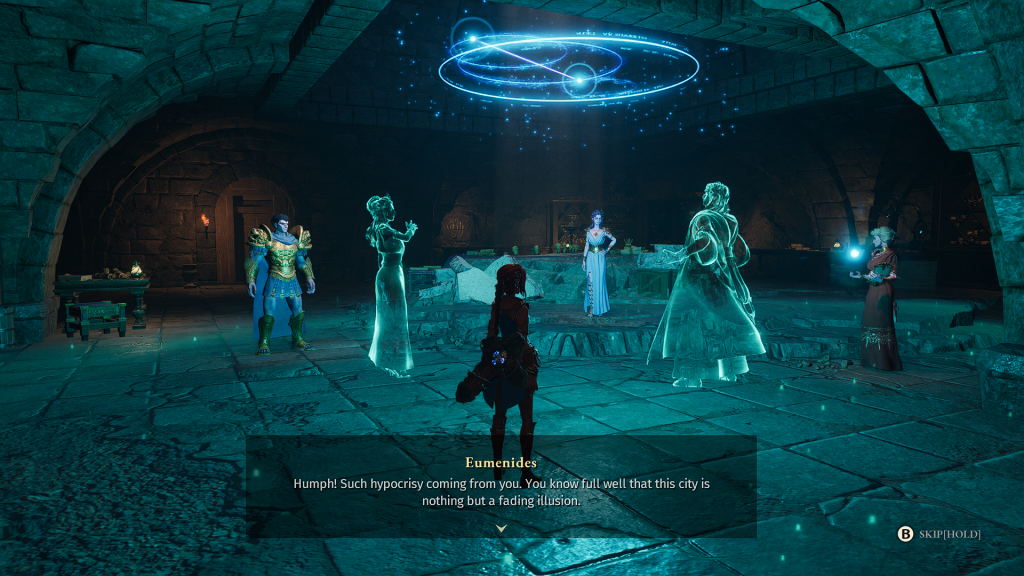 The story structure is very basic but has a lot of environmental storytelling to back it up. Most notably the “Echoes” which are fully voice-acted holograms that detail moments between characters in a certain location. Some of these are interesting but mostly show arguments between people, as the city has fallen to ruin. But the strongest part of the story in Asterigos is Hilda and the companions she helps along the way.

A few sectors of the city have a friend of Hilda that helps you along the mission there. The fantastic chemistry between the characters is brought to life by very great voice acting. I can not say the same for every character, but I’ll treasure chasing a deranged old man through a mining cave with a confidant yet cocky friend that plays off of Hilda’s overly serious tone by breaking it constantly. Leading to comedic moments that left a smile on my face.

Fun, Yet Brutal Combat in Asterigos

Asterigos: Curse of the Stars blends together elements from stamina-based action-adventure games. While also toning the severity down by only building the system with fun enemies and forgiving combat. You do have stamina but it is only used for special attacks. Such as raising the shield with the sword and shield equipped or dropping mines from Hilda’s magical bracelets. The combat itself is very fluid albeit a little slow. Every encounter felt fair with enemy groups never feeling overwhelming. How Asterigos expands on these types of weapons is with one of the best skill tree systems I’ve seen in recent years. 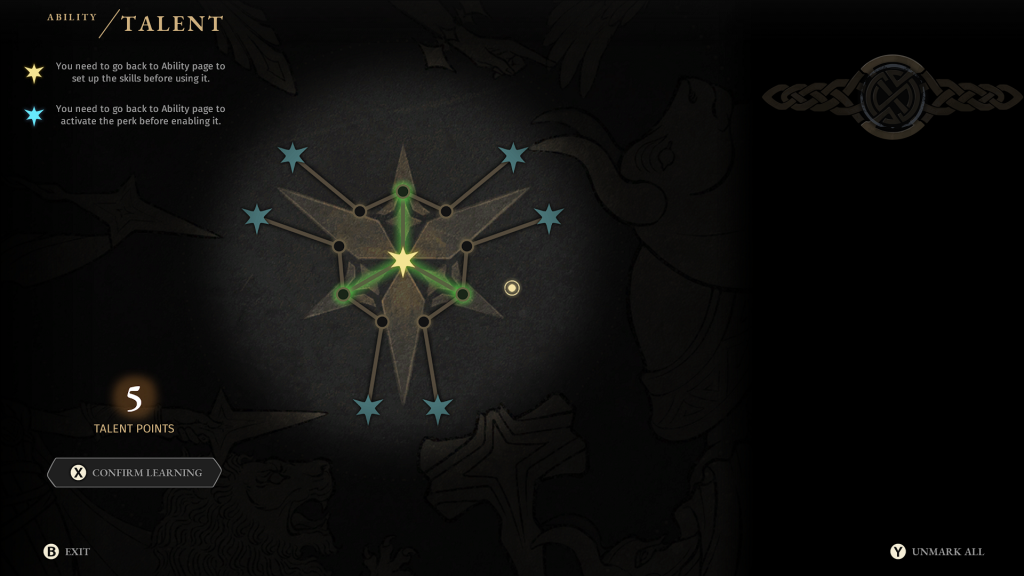 The skill tree system does not focus on just incremental upgrades. But allowing for transforming the way weapons you like the most function. Such as the shield and sword being able to bash enemies and melt their physical defenses. Or allow for the bracelets to summon a flaming sword to deal massive damage to enemies. The enemies also play a heavy role in this gameplay’s success. Each enemy moves in a unique way and has special weaknesses. Like giant crabs having to be hit from the back. Or waiting until a harpy is done swooping down to attack it. 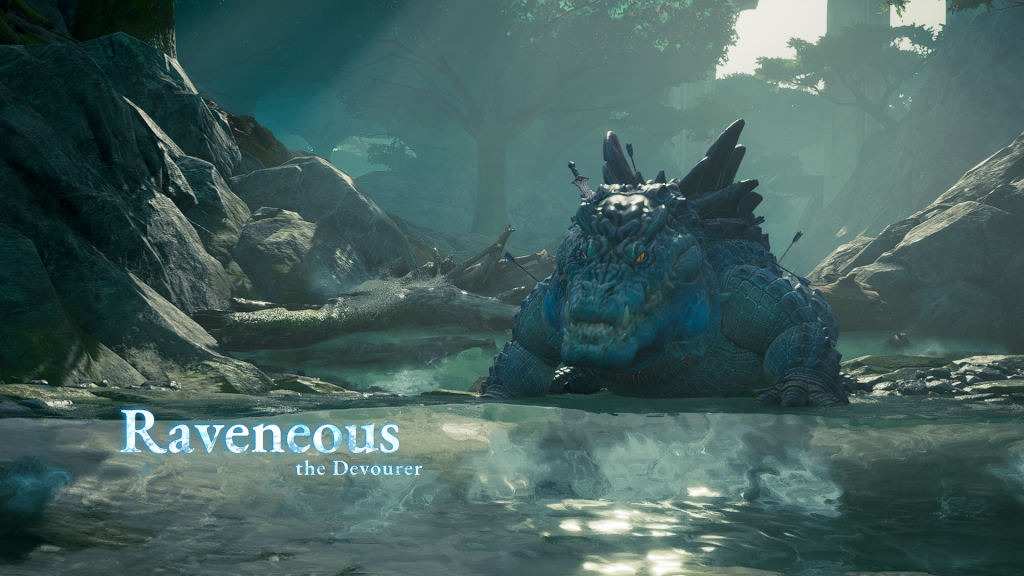 The gameplay is the strongest element in Asterigos. I found every weapon upgrade exciting but the way you upgrade weapon damage to not anywhere near as exciting. As you need unique materials that are found few and far between enemies or chests. Leaving me with the impression that I have to stick with certain weapons I upgrade to keep up with the game’s difficulty curves.

I think while beautifully detailed, the world of Asterigos: Curse of the Stars is a bit uninspired and designed in such a way to drive me off. It is very diverse in the way each area is detailed. Like a village built from wood planks on the side of a mountain. Or the standard Greek city layout. But each area does have a unique color palette and environmental hazards, like Arges having a mist that hides certain enemies in the distance. However, it is very labyrinthine in a lot of places and lacks any navigational assistance. Like a compass on your HUD or a mini-map or in-menu map. Unfortunately, this never ceased to frustrate me. 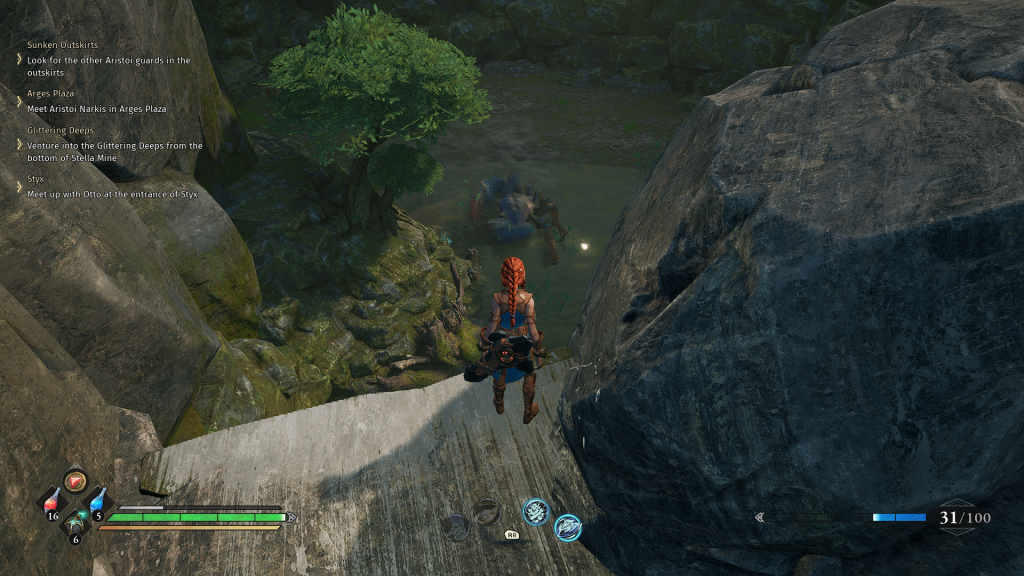 NPCs will try to guide you by telling you which direction to go, but I can not tell where west or north is so I have to just wander around and hope I land where I need to. The game makes it very clear what I need to do or collect but never how or where. I am not a fan of the idea of having a giant gold glowing trial like the Fable series. But in so many areas I did wish for a toggle just to help me get back to having fun or getting engaged in the bits of story I experienced. The game does not even give you a fast travel option to certain locations until after the fourth boss of the game.

It is very disappointing that I can tell that many players would have to consult a guide to figure out where to go. One part of the story where I walked away from it entirely required me to find four keys from four NPCs. However, only two of them were able to tell me where their keys were and the others just flat-out refused to help me. It tempted me to use a guide to get through it when it reality I should not have to. So I didn’t.

I played Asterigos: Curse of the Stars on Steam with a Ryzen 5 2400, an M.2 NVME SSD with 16 gigabytes of RAM, and a Radeon 6600. For the most part, the game was stable but in a lot of moments, there was a ton of stutter no matter which settings I lowered. I kept the game at 1080p, “Quality” settings, and 60fps with FSR 2.0 and still experienced that. The game never froze, and I did not experience any bugs or glitches. It never crashed either. 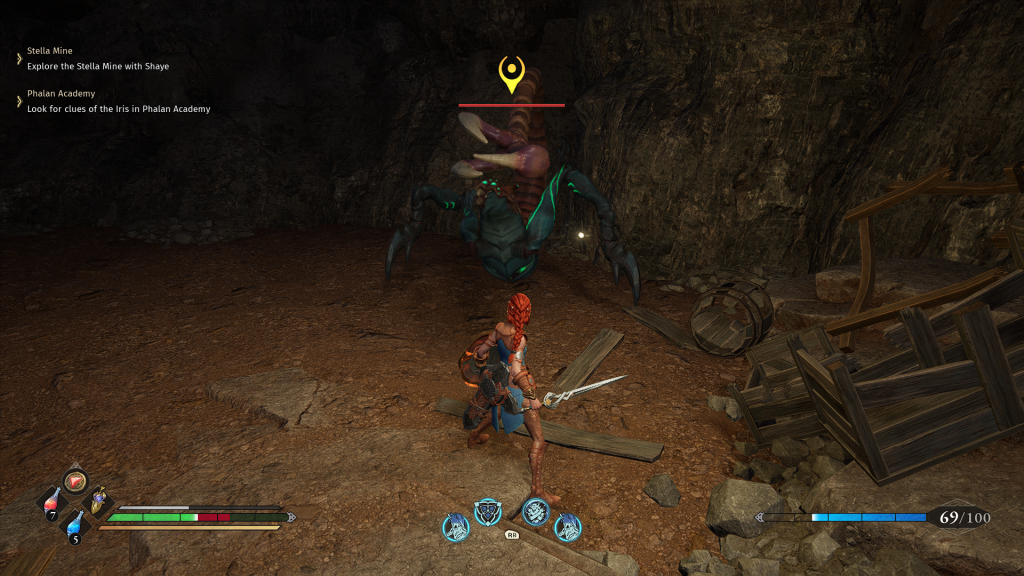 However there are audio mixing issues, I had to lower the music a bunch to hear character voices. For players on PC, there are no options to change keybindings which is a bit of an oversight. The game however is very beautiful to look at. While the level design is frustrating, the level of detail in each area is stunning. The enemies also have a quirky fantastical look to them. The giant crabs and harpies instantly come to mind for me. It was a visual feast for me that filled me with joy despite being uninspired at times.

Overall, I think the combat of the game and moments of the game’s story where Hilda and a character play off each other is fantastic. The game world is very dull and frustratingly designed. The enemies are wonderfully simplistic in their designs, similar to Hilda and her weapons. Some vendors are also very unique, which is a shame to me. I want to continue playing it. But I do not want players walking me through a game when the game itself should guide me. But if you do not mind having to consult a guide, I can recommend this game.

Asterigos: Curse of the Stars is available now on Steam, Xbox Series X|S, Xbox One, PlayStation 4, and PlayStation 5 for $34.99.

Special thanks to Acme Gamestudio for the key.