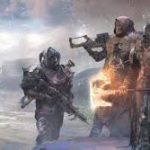 You are reading
Review: Destiny, Rise of Iron

Our Review of Destiny: Rise of Iron

Destiny Rise of Iron has been released and the latest raid was finally released a week after launch, so it feels about time to share what we think of Destiny’s Rise of Iron expansion. The game was released with new campaign missions, more strikes, new gear, a new social space and, finally, a new raid. This Rise of Iron said to be the last expansion for the first iteration of the Destiny franchise, it surely had a lot to prove and to live up to.

The story of Rise of Iron actually is better than expected; in this expansion, your guardian learns of an old technological plague called Siva from Lord Saladin. Saladin reminisces the tale of the Iron Lords and how they sacrificed their lives to seal away this plague. Of course, this being a videogame their sacrifice doesn’t work and Siva returns to the desolated Earth. Now that it has been released, the Fallen gained access to Siva and started learning how to control it to make themselves more suited for fighting guardians. It’s your job to kill the Fallen and find where the Siva is coming from then eradicate it for good. Throughout the story, your character learns what ultimately became of the Iron Lords and how far Siva has spread. While on your journey you will prove yourself to Lord Saladin by uncovering mysteries and stopping the Siva which will lead to your character becoming a full-fledged Iron Lord to carry on the legacy of the Fallen Lords.

Now it’s no secret that Destiny has a spotty history with the impact of the story it’s trying to tell. Thankfully this time around the story is delivered very loud and clear while making itself approachable. It strikes a mid-ranged balance with giving you just the right amount of information although for the campaign itself. Despite this positive reaction, a little more information about the Iron Lords themselves would’ve been greatly appreciated. That being said the story here is good and a definite step up from vanilla Destiny and even The Taken Kings story.

Destiny is a first-person shooter with light role-playing mechanics and the shooting as always feels very fluid and simply put, extremely smooth. Gameplay is something that Bungie has nailed with Destiny every time even with new additions such as game-changing artifacts and game modes. The only gripe I’ve ever had personally is a delay between sprints, which now is remedied with an artifact that eliminates that completely. The new artifacts allow you to see enemies through walls or make an enemy a temporary ally for example.

The new raid is named Wrath of the Machine and is a blast and offers a much more fun take on a Destiny raid. The new raid weapons are all corrupted by Siva with their unique perks being a mix of two other perks together. The auto rifle, Genesis Chain, for example, has a perk named Focused Firefly which takes the perks Focused Fire and Firefly then puts them into one new perk. Aside from the raid, new social space is the biggest in Destiny complete with puzzles littered throughout to solve. Plaguelands, the new patrol area, is vast in scale while being densely packed with things to do and collect. Overall the gameplay here is very well done and runs smooth as butter even with all the new additions.

The art style in Rise of Iron is done impeccably well making it my favorite thing about this expansion; an interesting mix of old-timey war and new age space influences that works extremely well with the overall tone that is given throughout. Everything strikes a very good tone of pride while keeping a slight sense of dread and worry.  With Destiny dropping support for the older gen systems, it most likely benefited the art style more greatly as no expansion before it has struck such a very prominent tone and note with its art.

Although The Taken King was certainly striking with its art it pales in comparison to Rise of Iron. Where the last expansion focused mainly on doom and gloom with a much darker color palette; Rise of Iron focuses more on vastness and scope with a much more varied palette of greens, yellows, whites, and blues. It’s a much lighter look to Destiny without losing that sense of danger and dread that invokes a very distinct feel.

I can’t talk about the art and not bring up the absolutely stellar musical score in Rise of Iron. The score was composed by Micheal Salvatori, Skye Lewin, C Paul Johnson, and Rotem Moav. Together they created some of the best music that Destiny has released to date. The soundtrack of Rise of Iron is impactful and well placed to bring out and enhance the mood of the cutscenes and boss fights. While this is very prominent during the cutscenes it really comes into its own during the brand new raid. The music of the raid invokes feelings of pure joy one second and absolute intrigue and mystery the next!

Finally, the multiplayer is still very good and thanks to the addition of private matches and the all-new mode, Supremacy, it feels as the PvP actually has a new life to it. Private matches, in particular, makes the multiplayer after Rise of Iron the best it has ever been. It encourages map exploration and experimentation with game types that inevitably leads to new game types being made.

The Crucible in Destiny has never felt as approachable and fun before as it does now. For example, Crucible had its times where it was absolutely dominated by hand cannons or a certain type of weapon. Now in Rise of Iron it feels as if you can go in with any weapon you desire and win. You don’t feel limited to certain weapon types, perks or classes anymore and it’s a very very welcome change. Even modes like Iron Banner have been made more accessible by having the bounties be easier to achieve and rewarding not only reputation and experience but also new Iron Banner armor and weapons.

In conclusion Destiny Rise of Iron is by no means perfect but is by far the best expansion to be released so far for Destiny. It manages to free itself from The Taken Kings shadow and rise above it showing what Destiny and Bungie are capable of when they do flex their muscles.

What did you think of Destiny: Rise of Iron? Feel free to join the conversation below remember you don’t even need to sign up to comment! If you are curious to see how we grade each review, check out our review standards here. Thank you as always for reading, keep it tuned to Playback Gaming for our gaming news, reviews and other content. As always have a great day everyone.