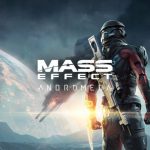 You are reading
Review: Mass Effect Andromeda, An Old Dog With New Tricks

Mass Effect Andromeda is a great game if you can look past or don’t mind the occasional issues that bog it down at times.

Mass Effect Andromeda is a game that many, many, many fans have been waiting for and while it had a rough start and a mass of technical issues, there’s a great game that gamers will enjoy under the issues. It’s been years since Mass Effect 3 and as a huge fan of the trilogy, spending thousands of hours on each game and going through multiple playthroughs and the amazing multiplayer of Mass Effect 3, I’m happy to say that Andromeda lives up to the series in a plethora of ways but there are some places where it falls short. It’s worth noting that at the time of this review there have been a couple of patches to fix a lot of the problems present but I will still be mentioning them as if the game just released. It is nice to know however that Bioware is aware of the issues and are actively working to fix them.

Andromeda follows Ryder (Scott Ryder if the player chooses male and Sara Ryder if they choose female), As Ryder, you awaken from a 300 year-long cryo-sleep in a new galaxy called Andromeda. You’re in Andromeda to scout Golden Planets to see if they’re habitable for humans and other milky way galaxy species. You work with your father to scout out the Golden Planet marked for Humankind only to find out that things have gone very wrong. You’re then thrust into the very important role of Pathfinder and from there on it is your job to find out what’s wrong with the Golden Planets and find a way to fix them. The story is very good as expected of Bioware, Characters are fleshed out great and the game does a good job of conveying the need for survival and dependence on these Golden Worlds.

There are places where the writing feels lazy however and it can be a fair bit distracting. The story also takes a while to get off the ground resulting in the first hour or so feeling rather slow and like an overlong tutorial. The story is good enough to keep the player interested and wanting to find answers to the numerous questions that get raised, all the while getting more complex and political as the game carries on and in some parts getting downright dark and gritty. It isn’t a formula to reinvent the storytelling wheel in gaming but the story does its job very well. The teammates you meet in Andromeda are very well done and great but they take some getting used to. There aren’t any characters that are immediately lovable like Garrus and Liarra of old but, they do reach those heights as the game progresses, however. The relationships in Andromeda are largely the same as the trilogy with the game offering a variety of characters for the player to swoon. Unfortunately, the loyalty missions don’t have the same punch as the trilogy with a good amount of them being forgettable.

The story as a whole is a great experience with a lot to offer players who want a deep intricate story, the slow pacing and lazy writing at times sets it back a little, but the positives far outweigh the negatives.

Andromeda plays out as a Third person shooter with RPG elements in it, this is the games strongest selling point as the gameplay is absolutely fantastic and satisfying. First, however, we must get the bad out of the way. There’s a fair amount of bugs in the game that range from funny to slightly annoying to game breaking, some of these include waypoints leading to the wrong places, enemy targets not spawning or spawning into in-game geometry making them impossible to kill. When these bugs aren’t present the game is great. One thing Andromeda adds that was a great addition is the jump jet. The jump jet makes Ryder very maneuverable on the battlefield, allowing Ryder to dash and strafe wherever desired and even float in midair for a few seconds to pick targets off from behind cover. This addition also brings platforming puzzles to Mass Effect for the first time and it works surprisingly well. One example of this is the Vaults that Ryder must explore on each planet. Vaults basically act like your typical RPG Dungeons, tasking the player with solving simple puzzles and platforming sections that make you time your jumps and plan your way through the puzzle. In order to get into these Vaults you have to play the Mass Effect version of Sudoku, thankfully Bioware has implemented items called Remnant Decryption Keys that can be looted from chests and enemies or purchased for relatively cheap at shops that allow players to skip the Sudoku puzzles all together if desired.

The shooting in the game is basically flawless. Andromeda has a crafting system that can be a bit imposing and convoluted at the start of the game but, it’s a vital part to game completion at higher difficulties. Crafting allows the player to make weapons such as a Plasma assault rifle that shoots grenades instead of beams or Shotguns that shoot out energy beams. Crafting armor basically just adds buffs to stats such as Biotic Recharge Speed increases or Ammo Capacity.

Gameplay in Andromeda is fantastically done and fun to play. The crafting system and platforming sections add a fun new twist to the usual Mass Effect formula. The bugs, however, cannot be ignored but, thankfully most of the main ones have been fixed by Bioware.

This is where Andromeda takes its biggest hit to the overall game and score. There are a wealth of animation issues, lip syncing problems, pop-ins, glitches and so on. Bioware has addressed some of the issues and improved the ones they couldn’t fix completely in a couple of patches that followed the release making them far less noticeable and such a hindrance. At times characters would look almost puppet like with weird jerky animations. Either the story will interest you so much that you won’t notice these issues at all or you’ll notice the animations and get pulled out of the story, here’s to hoping Bioware has some way to fix the rest of the animations.

The rest of the game, however, is beautiful with planets such as Eden and Aya showing extreme diversity in NPCs, wildlife, plant life and architecture. You’ll explore a desert planet with caves at every turn one second and then a planet of nothing but snow and ice the next, each planet also has a fantastic skybox. Looking up in-game and seeing planets and stars clearly in the sky, moving and rotating is fantastic.

The graphics in Andromeda are gorgeous when they want to work. Unfortunately, the wealth on animation issues makes graphics take a big hit.

Sound effects in Andromeda are very well done with beams giving that satisfactory space-age feel while Milky way weapons have a powerful sound behind them. Characters are voiced greatly and most of the voices you meet and talk to are fitting for the character they represent with some exceptions. Music is great but sometimes you’ll be on a mission and music simply won’t play at all which makes sections feel a bit odd.

There isn’t much to say for Audio and Music as its nearly flawless with the exception of the parts with eerie quietness.

The multiplayer is the same as the team-oriented wave defense mode from Mass Effect 3. The biggest changes here are the all-new characters, classes and enemies to learn to deal with. Instead of 10 waves like Mass Effect 3, Andromeda goes up to only 7 waves of enemies with an extraction wave included at the end that tasks you and your team to all make it to a specific point on the map and to hold it until your time is up. The difficulties are Bronze, Silver, and Gold just like previous games and upon completion, you get credits to use to buy boxes that unlock characters and weapons. The only issue present with multiplayer is lag at times and games being hard to find.

Multiplayer here isn’t new or groundbreaking in any way but it doesn’t have to be. It’s fun and addictive with a lot to play and earn. Sadly most of the lag and matchmaking issues still remain even after the patches.

Andromeda is a divisive game in plenty of ways, from the rocky and bug filled start to the satisfying and renewed gameplay. As a fan of the Mass Effect series, I would recommend Andromeda to those that enjoy good RPG Shooters with a decent story and a deep crafting system. I’m hesitant to recommend it to the Mass Effect hardcore though as it’ll either be a hit or miss, there’s little to no middle ground here. In no way is Andromeda a bad or terrible game but it definitely doesn’t reach the heights of Mass Effect 2 or 3 but I personally think it’s a vast improvement in every way over the original. Mass Effect Andromeda is a great game if you can look past or don’t mind the occasional issues that bog it down at times.

That does it for the review so be sure to comment below and tell us at PlayBackGaming.net what you think of Andromeda and if this review informed or helped you in any way. Remember that you don’t need an account or to sign up for anything to comment. As always everyone, I want to thank you all for reading and remind you to keep it to PlayBackGaming.net for all your gaming news and we all wish you a fantastic day.