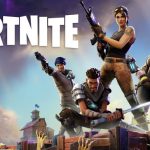 You are reading
Fortnite First Impressions! An Unexpected Masterpiece and Breath of Fresh Air!

Fortnite has blown me away in every capacity and is the closest to a masterpiece of a Horde mode defense game I’ve played yet! Fortnite earns far more than it’s asking price and refreshes the third person shooter genre!

Fortnite is a game I remember hearing about years ago, it grabbed my attention immediately with its original art style and witty banter. Fortnite took quite some time to come out but It was being handled by Epic games which gave me hope it’d be at least a good game. Upon loading it up and starting the tutorial mission I knew immediately that Fortnite wasn’t going to be good, it was going to be fantastically stellar in just about every way. I honestly don’t think I’ve made a better 40 dollar purchase this generation besides Ark and let me explain why.

Firstly, let me get the few bad things out of the way. Fortnite will be a free to play game in late 2018 so this is essentially a preview game. This means that the game is liable to be worked on and tweaked over time but I cannot stress enough that this is the most polished early access game I have ever played, ever. Barring servers having some hiccups and some rare heavy frame dips the game runs incredibly smooth and that honestly is all that I can say could be seen as a negative. The only other thing is that Fortnite isn’t simplistic when you first start, it’s complicated and has a daunting amount of mechanics to learn at first. However, these mechanics can all be learned and grown accustom to super fast, it’s once you hit that point that the game truly becomes amazing.

So at its core Fortnite is a horde game where you and up to 3 others band together to build and defend an objective from hordes of Husks. However unlike most horde games you aren’t given a set amount of resources or building space to make your stand in Fortnite. Once you load into a mission you are put into an open world and it is up to you to go scavenge materials to build with. Everything you see in Fortnite can be destroyed for resources in all locations with the only exception being the very ground you stand on. Each of the maps are expansive and absolutely stuffed with buildings, cars, restaurants, cemetaries and anything you’d see in your typical town and any building you see can be entered and explored without a loading screen. Once you and your comrades are done collecting resources you then head to your objective and build your fort using the best building system I have seen in any game. The building system is an absolute breeze to use and is incredibly intuitively designed all at the same time making building your forts not only easy but fun as well. After you build, you defend the objective, complete the mission and collect your rewards.

Rewards are given out of loot boxes at the end of every mission as one would expect and they range from level one boxes to level six with six being the best. The level of reward is determined by a bunch of factors such as time in mission, combat effectiveness, crafting done, how much you explored and so on. From the boxes you can get character XP bonuses, weapons and traps, schematics to make weapons and traps, characters and more. Characters are separated by classes as well as rarities so you can get a Rare Constructor in a box or an Epic Soldier in the next. Weapons are also separated this way but more importantly than weapons, you want weapon schematics as these allow you to remake your favorite weapons. Weapons have a durability and will break after prolonged use making schematics extremely important. Furthermore, you can level up schematics to increase the weapon stats as well as apply different buffs such as critical attack up or Elemental damages to the schematic. This also applies to trap schematics as well and along with all that you can recruit survivors and defenders who will boost your stats as well as help defend if you’re playing solo.

There’s So much to Fortnite that it’s basically impossible to cover in one article but, there are Llamas, which act as special loot boxes, that you can use in-game currency to buy for rewards. You can buy them if you want but the in game currency is plentiful if you don’t wish to spend any money. The game doesn’t have PvP so you don’t have to worry about micro-transactions unbalancing the game. The game also rewards you for collecting items of all types with a Collection Book that awards various items for getting rewards. Essentially you get rewarded for getting rewarded which is an awesome addition. Your heroes can all be leveled up and evolved which triggers actual visual changes along with stat improvements and new skills being unlocked.

Bottom line is Fortnite is a game that more than deserves the 40 dollar price tag and is an absolute joy to play. It brings a breath of fresh new air to the Horde mode type games as well as Third person shooter games all in one package. Fortnite is bulging at the seams with originality in everything from its mechanics to its art style and execution. If you have friends then this game is an absolute must and if you’re the type of gamer, like myself, who doesn’t mind playing games like this solo then it’s still a very very high recommendation.

We here at PlayBackGaming.net hope this article helped inform you and peaked your interest in Fortnite. If I had to rate the game as is right now, I’d give it a 9.4. I can’t recommend it enough so if you have any comments then please feel free to leave them below. No sign up is needed to leave comments as usual, thank you all again for reading and keep it tuned to PlayBackGaming.net for all your gaming and Fortnite news. Have a fantastic day everyone.