If you’ve ever played the tabletop version of Warhammer 40k it’s sometimes easy to forget that the embittered, gritty warfare isn’t just happening within the atmospheres of strategic footholds on kitchen tables and game stores. There are also wars raging throughout the galaxy, across multiple solar systems; Each faction not only has their own unique ships and mode of travel through space but also have their own ways of waging interplanetary war.

From the start of the Battlefleet Gothic: Armada 2(developed by Tindalos Interactive and published by Focus Home Interactive) you’re tasked with piloting a space wolves fleet into battle against a Chaos force much larger than your own while learning the basics of commanding your fleet you are ambushed and familiarized with using maneuvers such as “All Full Ahead” which forces your ship to maneuver in a straight path as fast as possible and mainly how to utilize your ship’s engines to avoid enemy traps and worlds events that could destroy your ship in a single instant. Cadia has been a star system under the control of the Imperium of Man and hasn’t seen war since the Horus Heresy. As the massive wave of Chaos battle fleets floods the Cadia system in a last ditch effort you’re commanded to pilot an Imperial capital battle city and ram the largest Chaos ships that have been dominating the defending Imperial Navy.

Once the prologue has finished the main campaign of the game begins, you take control of an Imperial Navy fleet trying to warp back to the Cadia system to join the fight against Chaos forces. Once the ships under the leadership of Spire re-enter the Cadia system they discover that the Imperial defenses have fallen and they have arrived 900 years later since the initial distress call that was received. The Imperial commanders are unaffected by this revelation and begin their campaign for revenge against the heretics that occupy the Cadia system. The first missions have you battling to reclaim planets with manufacturing infrastructure, reclaiming these planets is pivotal your success throughout each campaign enabling you to build ships and strengthen your fleets across the star system. Throughout the campaign, you will have special missions that will sway the reclamation of neighboring systems and resources for you to continue your fight against the forces of Chaos. Although the game’s story seems to progress at a fairly slow pace as you would expect for massive hulking space fleets doing battle across the galaxy, there is a time constraint however, that will force you to continue moving forward regardless of the state of your fleet, the overall threat level of the star system will increase every turn bringing with it a more aggressive defense of Chaos held systems, invasions into critical infrastructure of planets that produce resources necessary to the success of your campaign. Overall each campaign play’s like a game of chess, make mistakes using resources early on and lose a fleet that may be the difference between pressing advances into the Heretics war machine or losing valuable resources when an enemy fleet invades and takes over a star system that was responsible for you manufacturing your strongest ships. 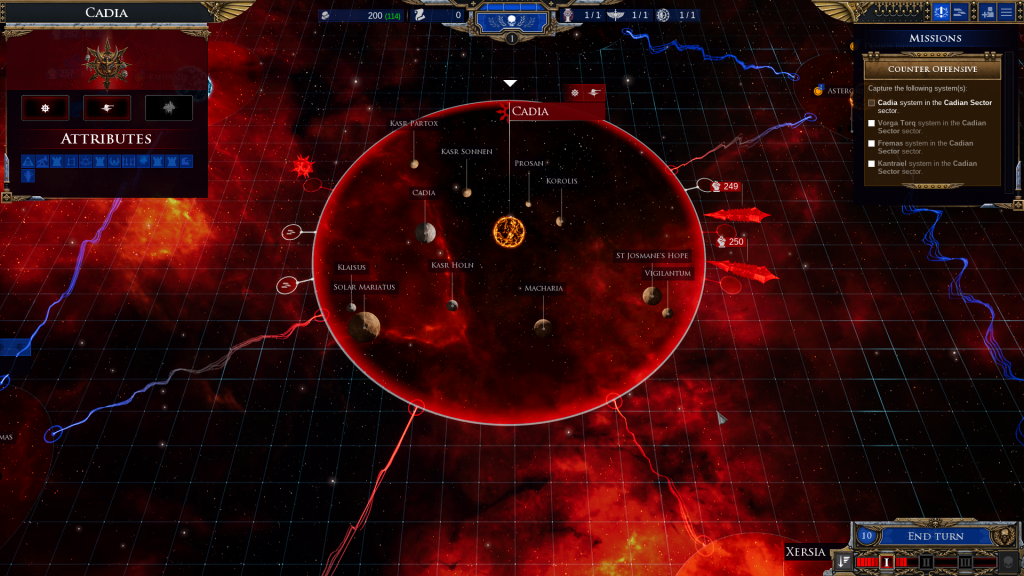 The Imperial Navy isn’t the only faction that has parts in the campaign of Battlefleet Gothic: Armada 2, you will also have to opportunity to play as the Necrons, a race of ancient war machines that have been hibernating until awoken by the Cultist Mechanicus during the initial war for Cadia, and the Tyranids a race of locust-like beast’s with the only intent to devour all symbiotic life in the galaxy. If your favorite army isn’t part of the short list I’ve just described this does not mean that they are not playable as every race in the Warhammer 40k universe has playable fleets within the multiplayer and skirmish mode of the game. 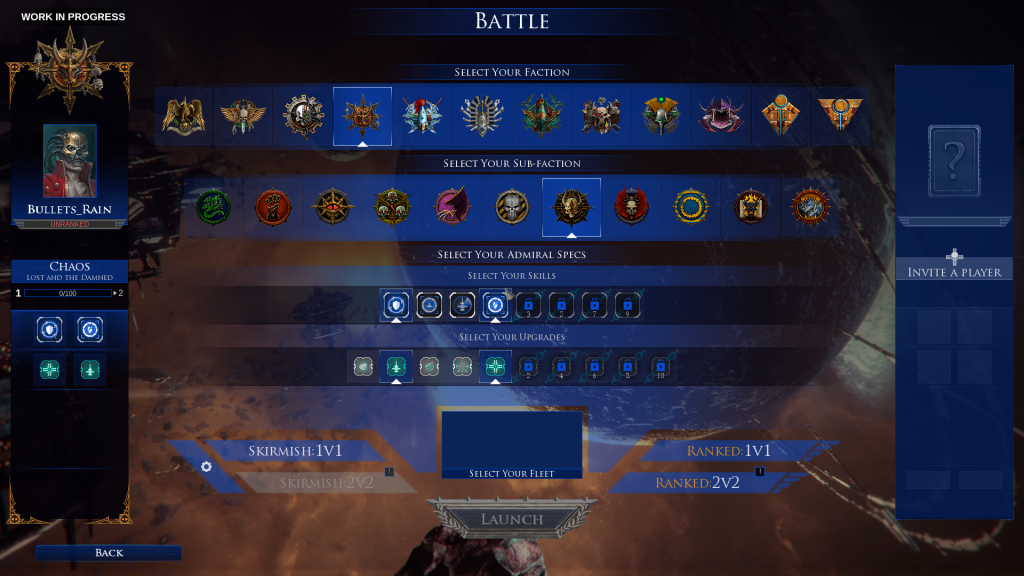 Overall the gameplay feels right, the ships at normal speed make the maps feel as if these battles are spanning massive plots of space and the objects in the background feel as if they’re even larger. The game looks great, the ships are highly detailed and the high contrast of space brings darkness that makes every detail pop as the ships crawl through the wreckage of war. Battles aren’t always just to destroy the enemy fleets, in some battles you will need to be able to claim resource points, and some battles will have more special events like massive asteroids that could obliterate any ships in their path, or massive space creatures that resemble jellyfish; Although get too close and they’ll explode destroying your ships shields leaving them vulnerable to enemy fire.

If you’d love deep story with rich narratives that bring a massive depth of lore then I would highly recommend becoming a fan of the Warhammer 40k series and by my opinion Battlefleet Gothic: Armada 2 is a staple of Warhammer lore.

Battlefleet Gothic: Armada 2 is a great game to play as a fan of Warhammer 40k but if you are new to the series the massive amount of lore and narrative may be hard to follow; Although this is something more inherent of 40k as a series than of Battlefleet Gothic: Armada 2. There are some seriously great qualities in the gameplay and some serious challenges I’ll be looking forward to playing through again and trying to better manage my resources and drive a more decisive victory for the Imperium of man.

Check out more from the creators of Battlefleet Gothic: Armada 2 and the Warhammer 40k series below!