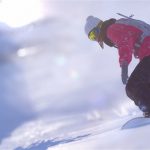 You are reading
January 2019 PlayStation Plus Games

Starting today we have our new PlayStation Plus games. First up for the PS4 we have Fallen Legion: Flames of Rebellion. This is a RPG. This game is also one of the free games with PlayStation plus for the vita in January. This game has multiple boss battles. Throughout these boss battles you get to choose these actions of if you want to heal or attack. The mechanics of this game are very similar to Octopath Traveler and South Park the fractured But Whole. You can pick up this game now! until February 5th!

Next up for the PS4 we have STEEP. the sky is the limit. Steep down skiing, snowboarding, paragliding, and even use a wing-suit to jump off the slopes. This game lets us make courses and race with up to four people local. Steep gives us the ability to play this game with friends online with a valid PlayStation plus account. In STEEP race your friend’s down to the bottom of the slopes to see who is the best and the fastest. Make sure you pick up this game while the price is STEEP in the ground with a whopping $0 with the valid PlayStation account. This game is free January 1st- February 5th.

Last on the Ps4, we have Portal Knight this game was just released January 5th of this month. The mechanics in this game are very similar to Minecraft. Go and fight enemy’s and build whatever you want and make your character look like whatever want. The ideas are endless. This game is survival, RPG, and 3-D sandbox. This game is free as of now until February 5th!

Now moving on to the PS3 section we are starting off with Amplitude. This game has very similar mechanics to guitar hero game. But sadly the guitar hero guitar from back in the day can’t be used in this game. This is a rhythm game and they’re 15 levels to beat. this game is free as of now until February 5th!

Next up, we have Zone of the Enders HD collection. In this gameplay as a robot that flies around and fights other robots and bosses. This game is free as of now until February 5th!

Last but not least we have our PlayStation vita game Super Mutant Alien Assault. This game has 12 levels and is an arcade platformer. fight off all different types of aliens in this. This game is free as of now until February 5th.

PS3 AND PS vita games will no longer be apart of PS games with PlayStation Plus. Starting in March.