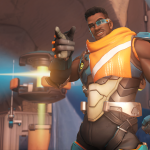 You are reading
Overwatch Hero 30: Baptiste

If this young year’s Overwatch calendar feels kind of wonky, it’s because it really is. Even before February actually started, Blizzard launched the 2019 Lunar New Year event on January 24th, put a new map (Paris) on the PTR January 30th, ended the Lunar New Year event on February 18th, made Paris available for full release February 21st, and yesterday officially announced Hero 30: Baptiste, a Haitian combat medic. In what was a super busy month for Blizzard, the immediate question all players want to know is what does Baptiste do?

The above link goes to his hero page on the Blizzard website, but for the sake of this article, I’m posting all of his powers down below with their official descriptions and my reactions. Everything regarding his character story and such can be found above. 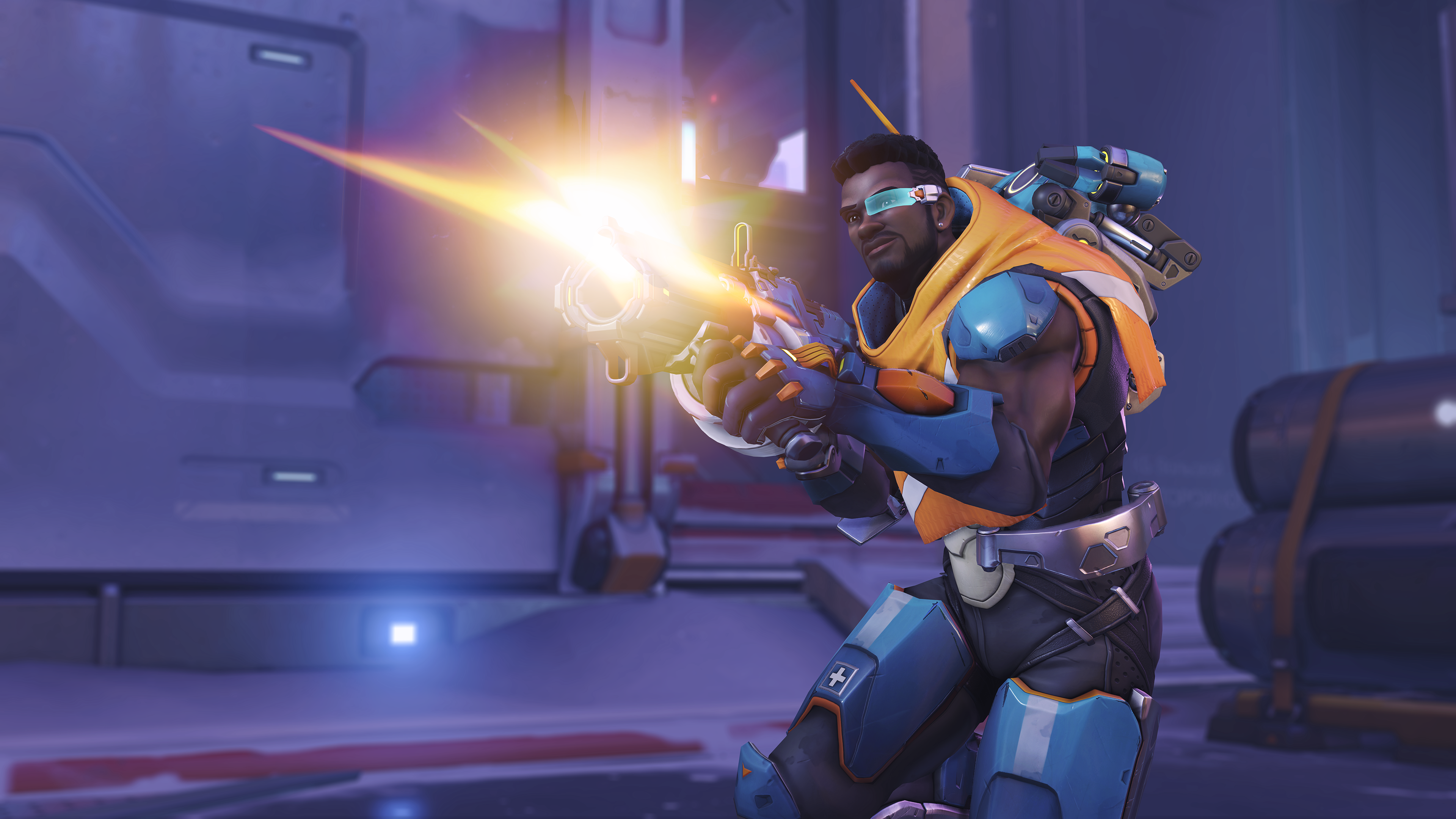 “Baptiste’s three-round-burst Biotic Launcher rewards accuracy and recoil control with significant damage output. It also doubles as a healing device, lobbing projectiles that heal allies near the point of impact.”

As expected for a combat medic, Baptiste is at least a two-trick pony with a burst rifle to dole out damage and a grenade launcher that damages opponents and heals allies. Do not confuse these grenades for Ana’s Biotic grenades because Baptiste’s will not amplify healing on its own like Ana’s. Further, per Jeff Kaplan in today’s developer update, Baptiste can’t heal himself with the grenades. All that said, Baptiste and Ana are going to be seen a lot together really soon just from his primary weapon’s group healing capabilities.

REGENERATIVE BURST
“Baptiste activates an intense regenerative burst that heals himself and nearby allies over time.”

This sounds similar to what Lucio and Brigitte can do, but in an activated manner like Soldier 76’s biotic field. Baptiste’s burst is centered on him, meaning it heals in an Area of Effect style (AoE), but it’s not a passive ability and is activated via a button press. 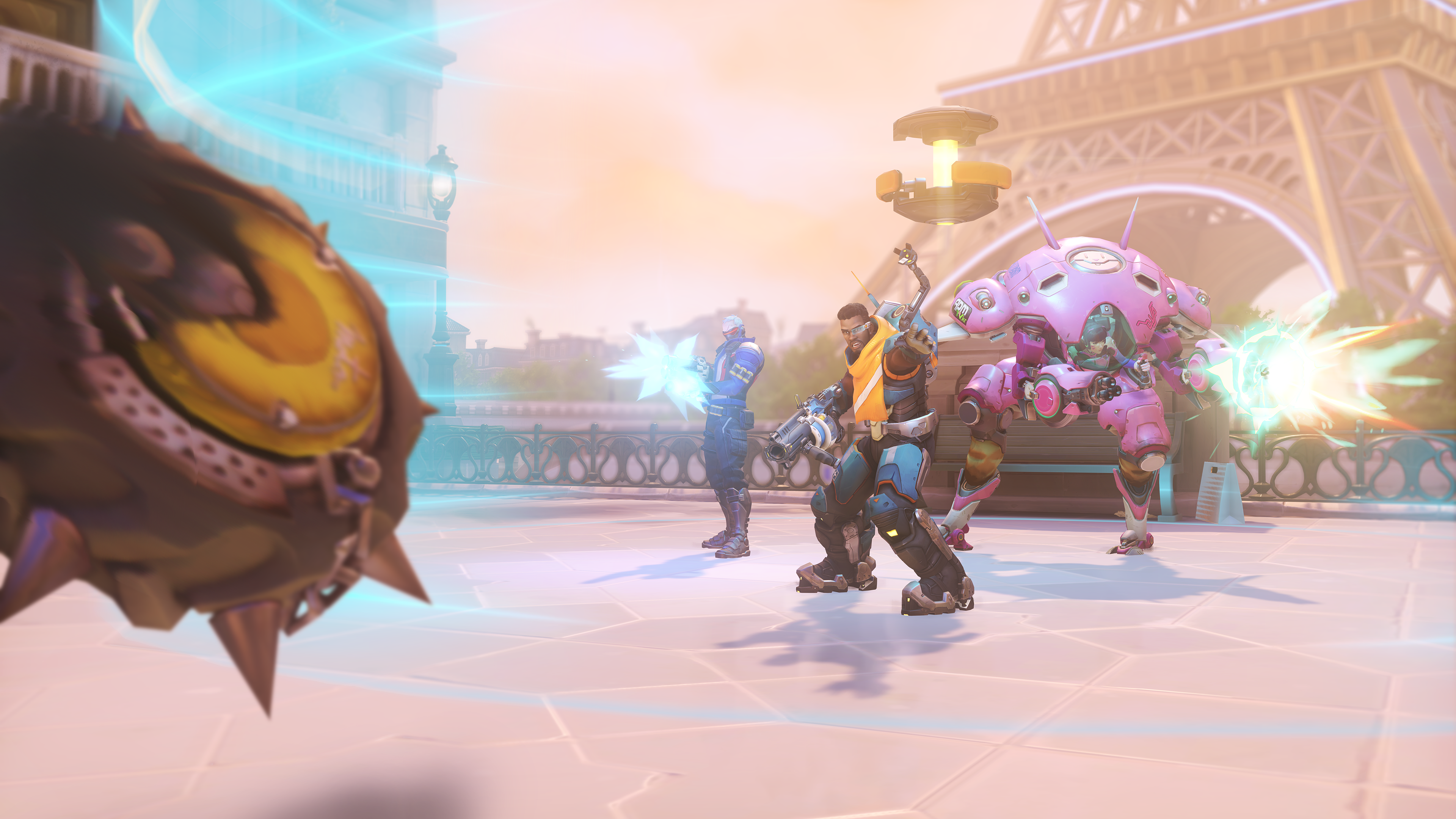 Right above Baptiste is the generator.

“Baptiste uses a device to create a field that prevents allies from dying. The generator can be destroyed.”

…what?! I know that it only protects the last few health points players have and the generator is destructible, but what?! This power does have a major, double-digit cooldown like Mercy’s resurrection, but this is huge. If the GOATS meta was already dominant in OWL, then wait until Baptiste becomes a usable character (won’t happen until at least Stage Two, but he’s coming alright).

This is going to be very useful for future Baptiste mains, but only if they figure out how to properly use it. It is a straight up-and-down movement, so while it can definitely be used for a height advantage for combat, it’s only really going to be usable as an escape technique if there is a wall or a higher platform for Baptiste to scale/climb to. Otherwise, it’s not going to help much when he’s being swarmed by the other team. 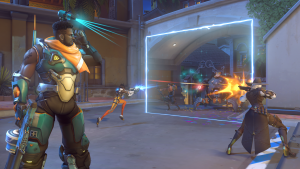 “Baptiste creates a matrix that doubles the damage and healing effects of friendly projectiles that pass through it.”

Finally, we have Baptiste’s literal window of opportunity. This is a new, interesting way to amplify damage, that can bolster ults like Coalescence, Tactical Visor, etc.. Theoretically, this could also work with momentum based moves like Wrecking Ball’s speed from his Grappling Hook and Reinhardt’s Charge should they pass through the Matrix. Expect to see a lot of Baptiste in many choke point situations like Rialto’s first corner turn, Temple of Anubis’ second point, so on and so forth.

I’m going to go ahead and call Baptiste the most well-rounded support character yet because he seems to be more of a utility character than a healer per se. Baptiste can heal teammates, amplify damage given, and temporarily negate damage taken (not decrease, fully negate). That last point is going to be huge for the GOATS meta, but my full thoughts on those will be coming in a later article. Along with Baptiste, Overwatch is patching 14 heroes, which is now nearly half of the entire roster.

Coming soon: PTR patch reactions and how they, plus Baptiste, will figure into OWL.